4 Reasons Why You Should Visit Guadeloupe

First published: May 3, 2022 by Anthony Rosemond 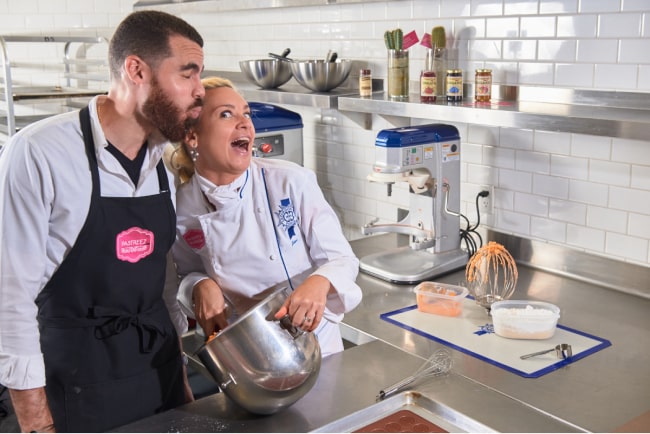 Guadeloupe is a French overseas department in the Caribbean. An archipelago consisting of six awe-inspiring islands, Guadeloupe should earn a place on your holiday bucket list this year. The owner of Pastreez, Anthony Rosemond, will tell you the reasons why.

Before building Pastreez, an online macaron delivery business that ships fresh across the entire United States, I lived on a few different islands.

For 15 years, I was lucky to live in Guadeloupe, populated with 450,000 inhabitants in the middle of Caribbean. It’s a stunningly beautiful place. These are my top four reasons why Guadeloupe is worth the vacation trip.

You’ve probably never heard of it, but yes, France has lots of islands around the world. (The term outre-mer means “overseas” in English.)

In the Indian ocean near Madagascar, there is an island called La Réunion (I have lived there as well- a topic for next time). There is French Polynesia in the Pacific Ocean, and the star of this article, Guadeloupe, is situated in the Atlantic ocean, alongside a few other idyllic islands.

Guadeloupe was discovered by Christopher Columbus in 1492. Back then, the islands were only used by the Spanish as pit-stops between America and Europe. With the locals (West Indians) fighting for the territories, the Spanish were not interested in keeping Guadaloupe, hence they gave the islands to the French in 1674, after only a week of fighting. The archipelago still belongs to France to this day.

We call these islands FWI: French West Indies. French, well because it is a region that belongs to France. The “West Indies” part of the name is interesting – when Christopher Columbus arrived for the first time in the Caribbean, he actually thought that he was… in India!

Furthermore, since they were to the west in the Atlantic ocean, they opted to name the islands Indies of the West. Over time, this term stuck. Even the locals are still called “West Indians.”

Guadeloupe is coined Île papillon due to its shape resembling that of a butterfly. The main island is actually in two parts, Basse Terre and Grande Terre, linked in the middle by a bridge: Le Pont de la Gabarre.

Most of the Caribbean islands are formed by volcanic activity, so Guadeloupe has breathtaking beaches and rivers.

La soufrière is the local volcano in Guadeloupe. It hosts amazing hikes and river falls. One of my personal favourites is called Saut de la lézarde, which you can access after a 45-minute walk.

Of course, there are lots of beaches too. Each part of the island has its distinctive characteristics. In Basse Terre (near the volcano), due to volcanic rocks, the sand on the beaches is uniquely black. One of the most famous black sand beaches there is called bananier, meaning banana tree in French.

On the other side of the island, Grande Terre boasts white sand beaches. The best example is La Caravelle, a two-mile long beach where the famous Club Med resort is located.

If you are a fan of fauna and flora you’ll be amazed by the selection of flowers and exotic animals in Guadeloupe. (The mascot of Guadeloupe is the Ti-racoon, or raccoon in English). Hiking on the island is the best way to spot wild flowers. You will probably see Lys orange, Balisiers and lots of colourful exotic species along your walk.

3. Other beautiful islands part of the archipelago

Guadaloupe is the main island, and it’s surrounded by multiple smaller ones.

The first small archipelago is called Les Saintes. With 25,000 inhabitants, it is a must-visit if you ever go to this area. Don’t just trust my words, trust UNESCO! This site has been classified as a UNESCO World Heritage Site since the 2000s.

Another one is called Marie-Galante (my grandfather was born there). With a smaller population and less tourism, Marie-Galante is a hidden gem. The island is almost untouched and the perfect, off-the-track destination to visit.

I’d like to mention Désirade and Montserrat as well. Désirade is slightly similar to Marie Galante, but Montserrat has quite the story.

Some of you may remember the volcano on Montserrat island erupting back in 2003. I was in Guadeloupe when that happened. The winds weren’t strong enough to impact Guadeloupe, but Montserrat was fully evacuated. No one has ever lived there since!

You can’t visit Guadeloupe without trying the traditional cuisine and listening to local music.

A poulet boucané is a chicken dish that is smoked with local wood. As is common in the Caribbean islands, you can order these to-go on every street corner.

Among many other traditional dishes, Colombo is one of the most famous. Colombo is a Creole curry brought to the archipelago in the 19th and 20th centuries by workers from India. This local meal can be made with chicken, rabbit, goat or pork, and is usually shared over a family reunion on a Sunday.

Last but not least, Zouk is the local music genre you have to listen to while you’re in Guadeloupe. Slow and bewitching, it is a type of music that requires you to dance with a partner.

Not to worry though, you don’t have to participate! The ambiance alone of a zouk bar is an experience you won’t forget. Zouk bars are local hotspots, especially at the weekend, so they’re the best places to go if you’d like to fit in and mingle.

Bref, this island is an amazing exotic destination that I highly recommend. One thing to mention, the locals don’t really speak English, so make sure to learn a few French phrases in order to navigate around this stunning destination that is rich in culture!