Top Reasons to Visit Saint-Martin in the Caribbean 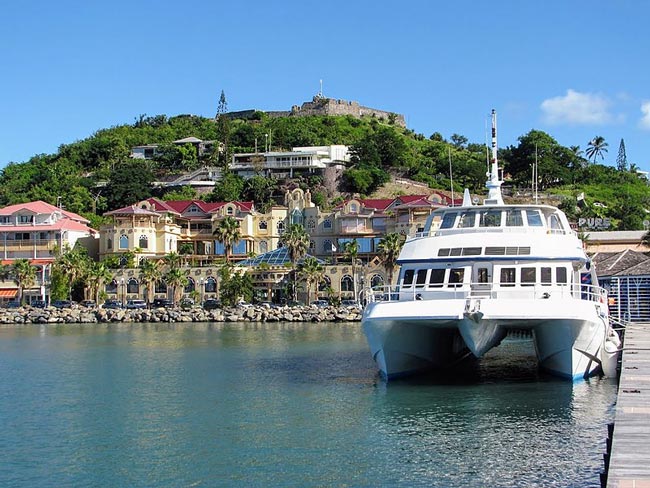 From Réunion to Martinique, France encompasses a number of far-flung islands and overseas departments. Anthony Rosemond, the owner of Pastreez, a bakery where you can buy macarons online in the U.S., has had the good fortune to live in many of them, including Guadeloupe and Martinique. Here he shares what he loves about Saint-Martin, where he lived for a few years.

An island in the Caribbean, Saint-Martin (or Sxm for short) is very small in size at only 37 square miles. Yes it has the population of a small American town, with 73,600 inhabitants. Easily accessible from both the U.S. and Europe, Saint-Martin is a fun destination with an alluring mix of cultures.

A bit of history

Saint-Martin was discovered on November 11th, 1493 by Christopher Columbus on his second trip to the Caribbean. This date was indicated as “Saint-Martin” in the calendar, hence its name. Even if Columbus claimed the island to be Spanish, the Spanish never actually visited the island. It wasn’t until 1631 that the Dutch colonised it.

An island in two parts

Of course Caribbean islands are known for their paradise beaches of powdery white sand, and this island is no exception. But what’s really special here is the culture. For one small island to share two distinct cultures is incredibly unique. Each side has its own appeal. To be completely frank, the Dutch part is more fun. It has more things to do because Sint-Marteen has been developed extensively for tourism. Therefore it’s easier to find boat rentals, malls, nightclubs, bars and restaurants.

The French side is more… French! It’s brimming with authentic boulangeries and pâtisseries. Yes, you’ll find éclairs, brioches, croissants and even my personal favourite, macarons. In fact, at our business, we often get questions like what is a macaron?, or what is a bonbon? These traditional French treats have hundreds of years of history and represent culinary savoir-faire and an authentic slice of French culture. So visiting the French side of Saint-Martin is like visiting a true piece of France.

Marigot is a cosmopolitan little town on the French side of St Martin, Eastern Caribbean, David Stanley, Wikimedia Commons

Ultimately, when deciding on your Caribbean vacation destination, if you want a mix of fun, culture and beach, Saint-Martin is ideal. Did I mention fun? Sint-Marteen (Dutch side) is known for its party mindset with a host of casinos, nightclubs, and bars. You even get famous international artists who come to the island for festivals.

Geographically, Sint-Marteen is close to other “must-see” islands. The first one I’d like to mention is Saint-Barth. As usual in the Caribbean, its history is linked to Christopher Columbus. But the island is only nine square miles, so it didn’t hold great interest for Europe. Still, the French took it in the 1700s. Then in 1784, it was traded to Sweden. That is why the capital is named Gustavia, in reference to the Swedish King Gustav III.

In 1878, the island was sold back to France. It only became a jetset destination in the 1960s when the Rockefellers and Rothschilds visited. To this day, it’s a very luxurious destination. You won’t find cheap hotels there, nor chains like Hilton. Instead you’ll find independent boutique hotels and luxurious villa rentals.

But it’s not necessary to actually spend the night. From Saint-Martin, it’s a 45-minute boat ride, meaning you can go early in the morning and come back in the afternoon. St Barth is very secluded and you’ll find amazing beach spots along with wonderful local restaurants where most are still managed by babaths (locals).

Lastly, I also want to mention Anguilla, a former British colony, located about 30 minutes from Saint-Martin. The island has not been developed much yet. It is not unusual to be found alone on a mile-long beach.

I hope I’ve given you some insights about Saint-Martin and what makes it an appealing place to visit on your next Caribbean vacation. Personally what I love about the Caribbean is the beguiling mix of sun, fun and the melting pot of cultures.

PS. If you’re a macaron fan in the U.S., consider trying our macaron of the month club. With this subscription, you get a monthly box of delicious macarons delivered directly to your door.

An aerial view of the western portion of the island of Anguilla, Roy Googin, Wikimedia Commons