Restaurants in Paris: Comice in the 16th Arrondissement 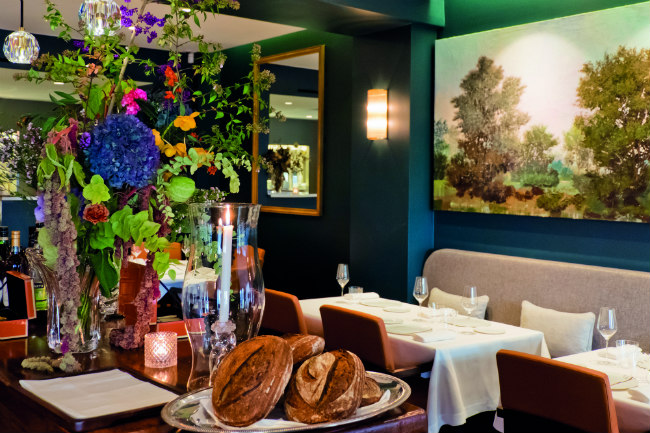 In my experience of Paris restaurants, it’s rare to find a place that works just as well for a meal out with friends or in a tête-à-tête as it does for a business meal, but Comice, an outstanding new table in the 16th arrondissement ticks both these boxes.

This beautifully decorated dining room by Paris architect Nicolas Kelemen comes with oatmeal tweed banquets, bittersweet accents, parquet floors, spectacular flower arrangements from Debeaulieu – one of the chicest florists in Paris – and a triptych of paintings of trees by the Berlin-based Canadian painter Peter Hoffer; and it was immediately charming when I arrived to meet a visiting Los Angeles editor for lunch on a rainy day.

Since I knew Canadian chef Noam Gedalof’s cooking from his previous post as sous-chef to Antonin Bonnet in the kitchen at Le Sergent Recruteur on the Île Saint-Louis, I knew we’d eat well, but nothing prepared me for the spectral excellence of the meal that followed. To wit, Gedalof has sublimated everything he learned during stints in some of the world’s finest restaurants, including Thomas Keller’s The French Laundry in California and Pascal Barbot’s L’Astrance in Paris, and made this knowledge his own, as expressed by a style this has the precision of a surgeon and the humility and sincerity of a good poet. 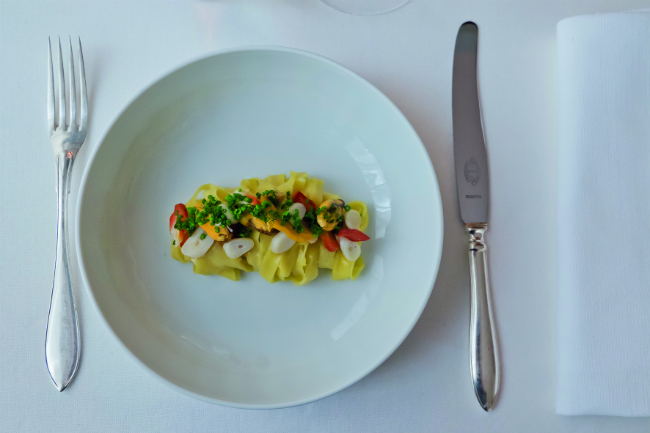 We began with luminous starters of scallop carpaccio with Asian citrus, fennel and sliced radish, and an airy parfait of foie gras, shared a roasted baby cauliflower – the menu here is vegetarian friendly – and then cooed when our mains arrived. For me, an impeccably roasted poularde (a chicken that is no more than 120 days old and which has been fed a special diet) from La Ferme du Poc in Gascony in a silken jus with quince and tiny sage-leaf beignets; and for the Los Angelina, filet of Corsican beef with sweet potato purée filled ravioli. We shared American pastry chef Catherine Takayama’s delicate Greek yoghurt panna cotta with citrus for dessert.

The charming ministrations of the delightful Etheliya Hananova, a Winnipeg native who is Gedalof’s wife and the restaurant’s extremely talented sommelière animated our meal right down to the beautifully-made mignardises. 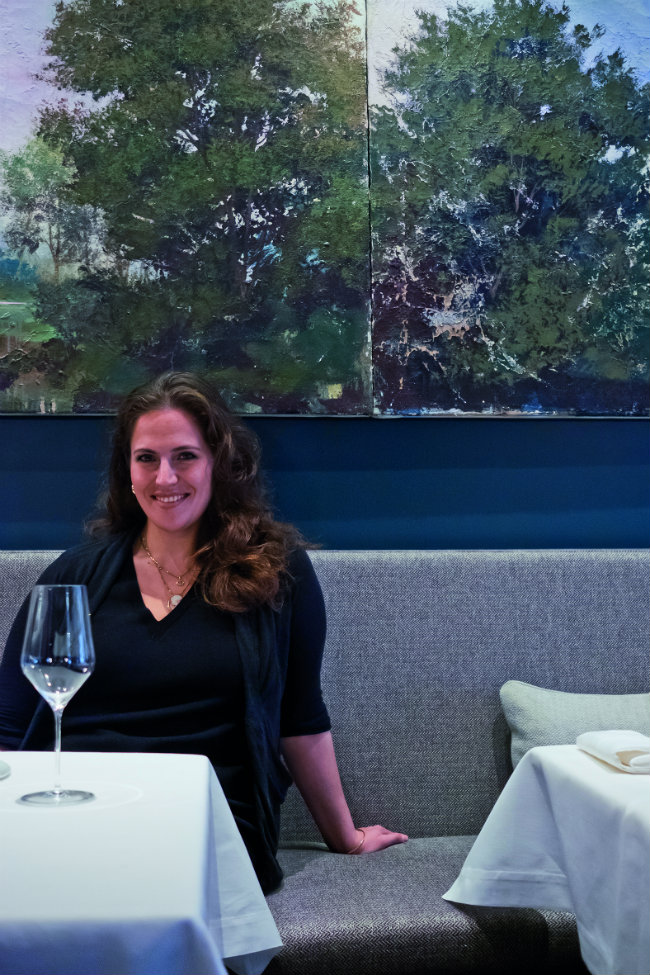