The Conquest of the Air at the Grand Palais 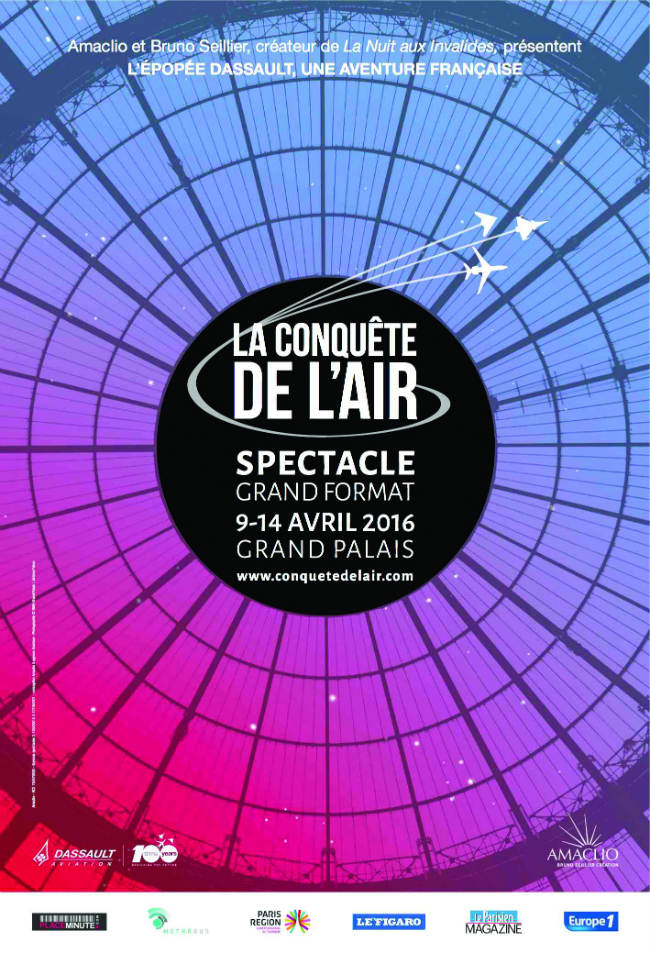 Take off to the Grand Palais which stages The Conquest of the Air, a brand new,high-tech spectacle dedicated to flight. It’s a return to the monumental venue’s roots because a century ago it hosted the country’s first air shows, proudly presenting the first airplane to enthusiastic Paris crowds.

The show also features some impressive props (real airplanes) as it traces the history and rise of aviation: from the first flight of pioneers like Louis Blériot, Roland Garros and Alberto Santos-Dumont, to the engineers and companies who remain at the cutting edge of innovation in the industry today. Linking the past and the future, and evoking the emotions that flying represents (freedom, independence, euphoria), The Conquest of the Air is ready to take flight and whisk wide-eyed audiences away.