My Life in Paris: It Had to Be You, Sugar 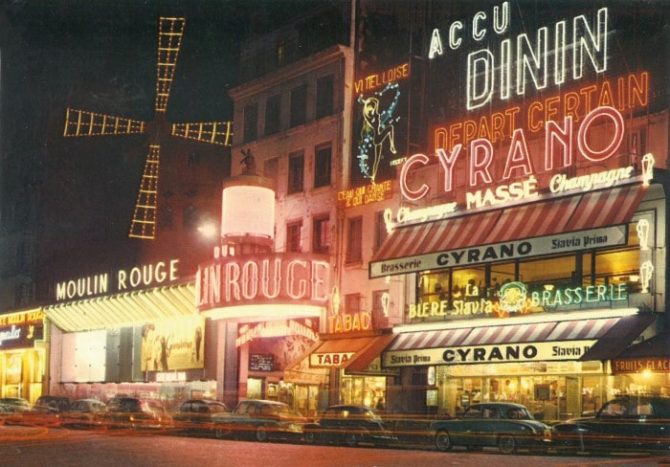 Call my agent! “My column is due,” I say to Kitty, my sleepy feline assistant. “You know the drill.” My furry companion may know the drill but ignores me, not budging a bit. Meanwhile, I’m making do with bags of Haribo Chamallows and fruity Goldbears. Don’t tell my dentist.

I confess: I bust writer’s block with candy. Whenever possible, it’s with caramelised hazelnut and almond balls dressed in golden foil from À la Mère de Famille, the oldest chocolaterie in Paris. Sometimes, after not-so-mindfully popping a bag of the shop’s signature Folies de l’Écureuil, and three to four ganache- and praline-filled cameos, I almost see stars. But words do begin to flow. The trick is to write them down before the sugar kicks in and I have to get up and start dancing around the room like there’s no tomorrow.

This reminds me of Betty Compson’s Lola in 1923’s Woman to Woman, the epic Parisian weepie. As I dig through old stories about back-in-the-day photoplay flicks, I get more interested in Compson herself. 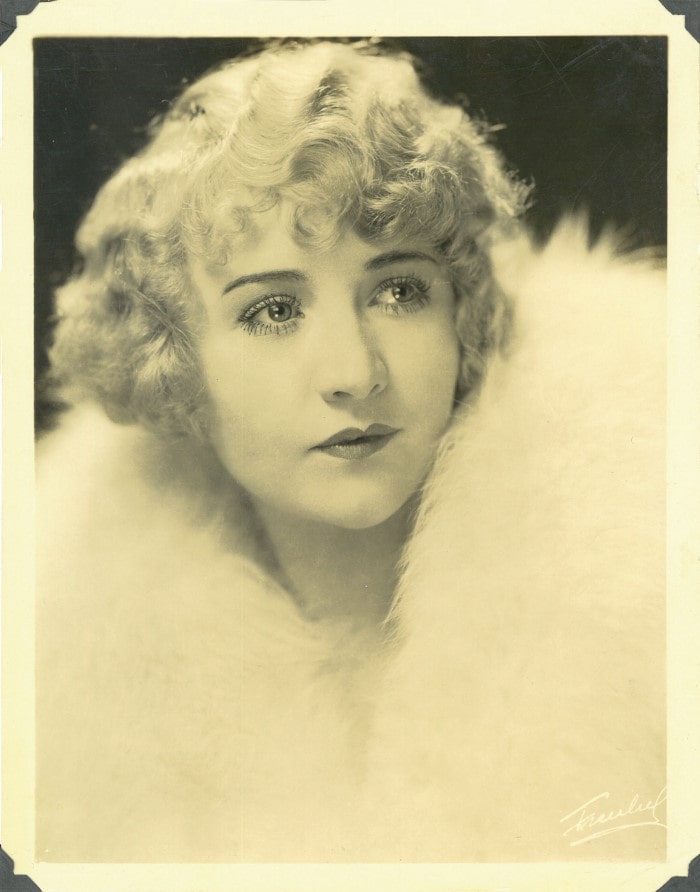 “Jolly, effervescent, and practical,” was this jazz baby’s reputation. Banking on her proven drawing power (the unflappable flapper was a press favourite), she became an early advocate for equal pay. “I am worth it,” the plucky girl from Beaver, Utah, told the production team during the telephone salary negotiations.

“That girl has guts,” wrote Liberty magazine. The producers agreed, offering her a “freak” salary of a thousand pounds a week along with a two-picture deal and solo star billing. Graham Cutts would direct.

The assistant director was an unknown 23-year-old – one Alfred J. Hitchcock, having one of his first real film breaks. He agreed to co-write the screenplay, a romance between an amnesiac soldier and a Moulin Rouge dancer. Hitch designed the sets, too, making several scouting trips to Paris.

Each time, he first attended mass at L’Église de la Madeleine before heading to the Moulin Rouge to take notes and make sketches. The dance scenes were shot in Joinville, a distant suburb, with dancers from the Casino de Paris. 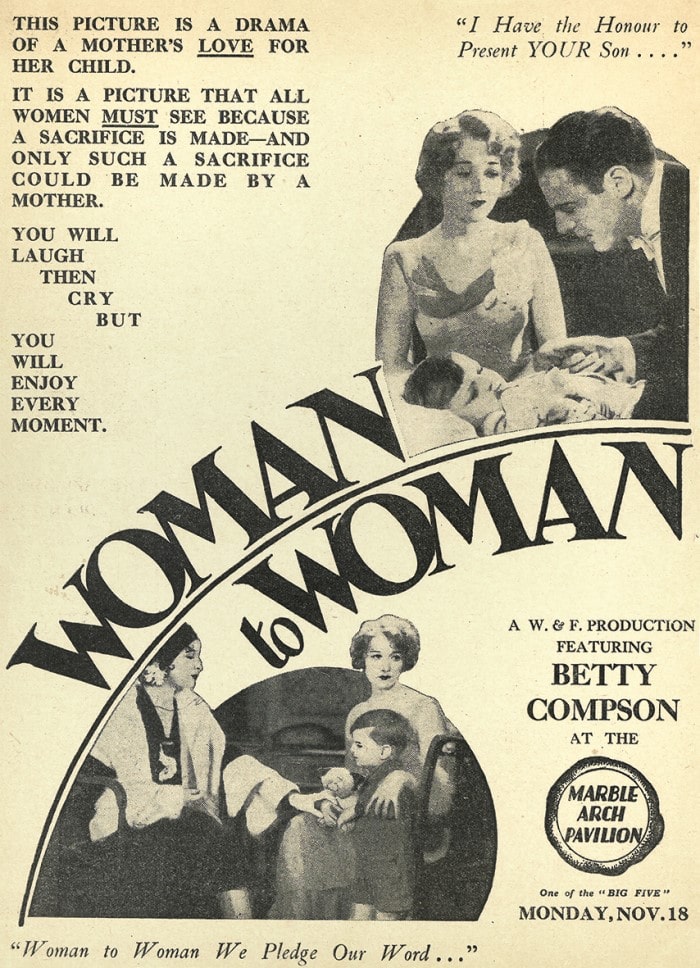 “An exact replica is what I was after,” he said, dressing his faux stage in windmills and chats noirs, with the recently built Sacré-Cœur looming in the distance. There were limits to the authenticity he could get away with. Though prancing in the buff was the norm in most Paris clubs, this film was for English and American audiences. “No French breast could be exposed on the screen,” said producer Victor Saville.

Seamstresses – most likely the team at the world-famous bespoke corsetières, Atelier Marguerite Cadolle – outfitted the feathery costumes with hidden brassieres. The finale was shot in a single night so the dancers could get back to Paris in time for Sunday’s matinee at the Casino. The silent picture was released in August, 1923. Critics adored the starlet’s performance, writing, “Oh, Mother of Pearl. Aglow when she appears. The incomparable Betty has outdone herself”. In the end, Lola dies after dancing one too many times, her heart broken from pre-existing conditions both medical and romantic. “Betty Compson is literally the personification of the brave French woman, and the onlookers share her joys and sorrows,” one reviewer wrote.

Even with its muted titillation, the film still swayed. It became a crowd pleaser so popular the production team brought it back to the screen again in 1929, as a talkie. With Betty again, of course. 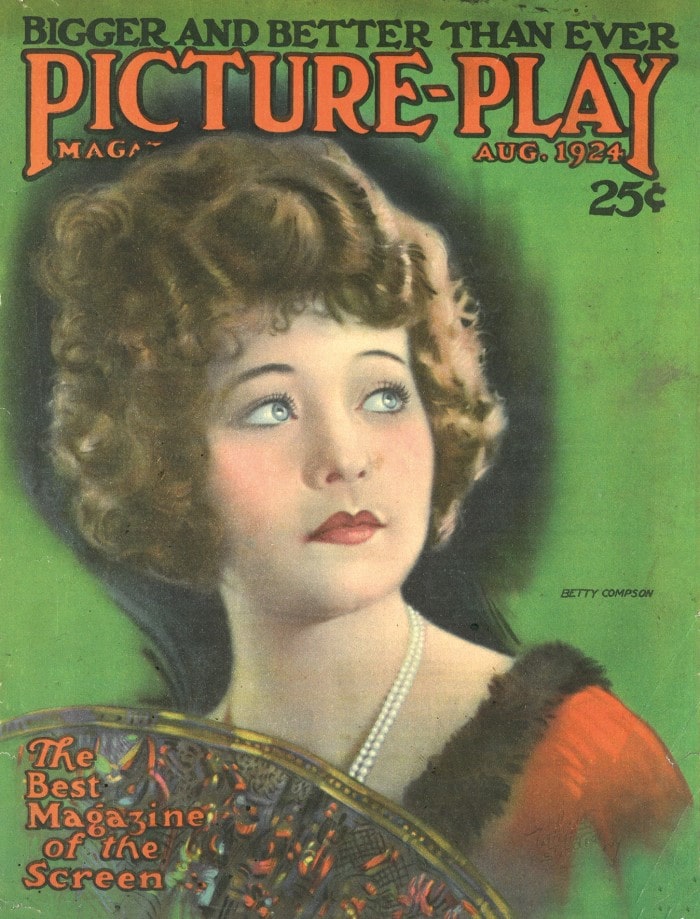 Woman to Woman was so popular they remade it just six years later in 1929. © THEADORA BRACK

Happily, I don’t dance myself to death in my mad chocolate rush but re-tighten my rhinestone Zara belt and pound the keyboard like there’s no tomorrow. When I can’t sit still any longer, when I just have to move, I get my wiggle on to It Had To Be You by Isham Jones and Gus Kahn – a Real McCoy 1924 banger. Because in the words of Betty Compson herself, “Sing it like you mean it. The music gives you the heart and the courage to conquer.

Finally, after sending in my dispatch, I make a big leafy salad. But don’t worry, chocolate, this daffy flame-haired dancer still loves you.