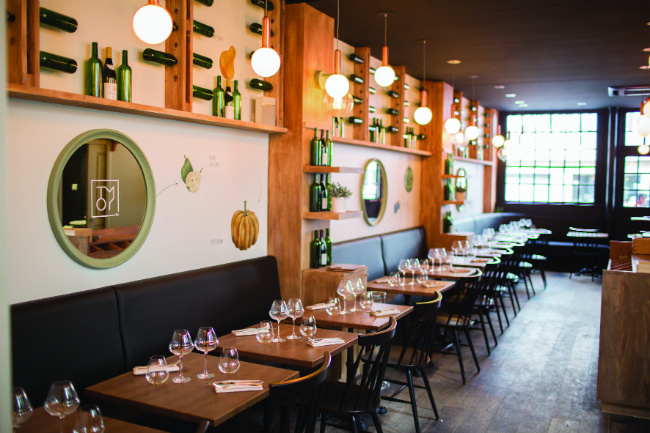 Franco-Cambodian chef Tomy Gousset won an avid following of discerning regulars when he was chef at Pirouette, a contemporary French bistro in Les Halles. Now Gousset, who previously cooked with Alain Solivérès at Taillevent, Yannick Alléno when he was at Le Meurice and with Daniel Boulud in New York, has moved on and hung out his own shingle in a quiet side street on a residential corner of the silk-stocking 7th arrondissement that sort of improbably looks set to become one of the hottest new gastronomic byways in Paris.

Why? Restaurant David Toutain, the eponymous table by one of the best young chefs in Paris, is also located here, which means that the Rue Surcouf is suddenly gaining gastronomic street cred on a par with such good-eating destinations in eastern Paris as the Rue Paul Bert.

A deep love of fresh organic seasonal vegetables is one of Gousset’s gastronomic signatures, and those served in his restaurant come from his own organic garden at the Château de Courances outside of Paris. 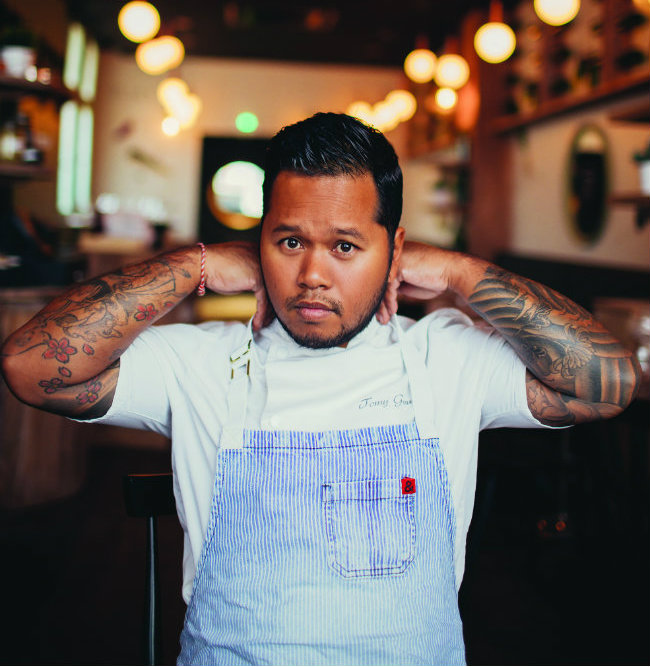 Otherwise, our excellent recent dinner began with gnocchi with truffles and aged Comté cheese, and continued with roasted guinea hen with foie gras, mashed broccoli and corn, a dish with a certain suave rusticity, and sea bream with baby potatoes and mashed aubergine. The dessert not to miss is Gousset’s sublime Gallic riff on cheesecake made with Ossau-Iraty cheese and topped with black cherry jam. The lively atmosphere, simple décor, and casual service typical of big-city neighbourhoods like Shoreditch in London or Nolita in New York comes as a surprise in the B.C.B.G. (bon chic, bon genre) grey flannel precincts of the rather reserved 7th arrondissement, and it’s a welcome change of pace.

Previous Article French Film Reviews: Up for Love, Starring Jean Dujardin
Next Article Puttin’ on the Ritz: The Story Behind the Legendary Paris Hotel