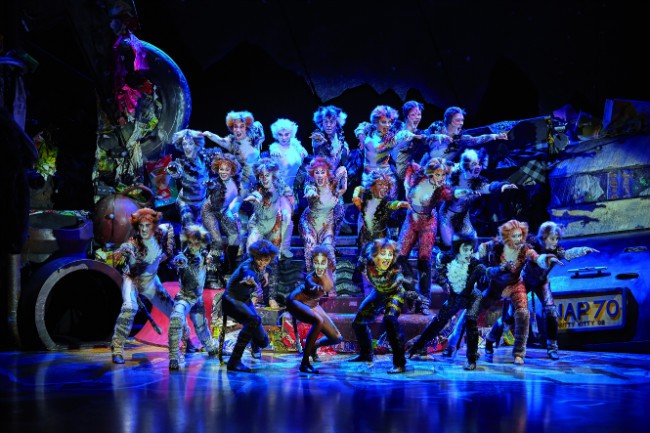 An award-winning mainstay of musical theatre, Cats has enthralled audiences around the globe since debuting in London during 1981, and has become one of the longest-running shows in the histories of the West End and Broadway. The show’s now been adapted for French audiences and is playing at Paris’s iconic Théâtre Mogador for a limited season.

This classic fuses the poems of TS Eliot with a beautiful score by Andrew Lloyd Webber and tells the story of a tribe of feline characters who are known as the Jellicle Cats. They must make the all-important ‘Jellicle choice’, choosing which cat will ascend to the ‘Heaviside Layer’ before coming back to a new life, on the night of the Jellicle Ball.

This long-awaited Paris run comes hot on the heels of a recent, triumphant revival in the UK, where the show was absent from the stage for over a decade. For Cats fans in the French capital, this version is loyal to the new London production and doubtless will leave audiences, both old and new, simply purring with pleasure.

More in musicals in paris