Stohrer: The Oldest Pâtisserie in Paris 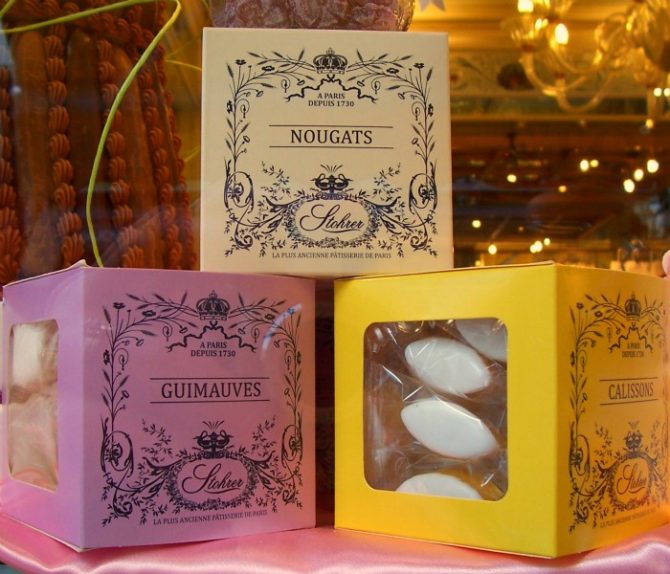 Strolling along the pedestrian rue Montorgueil next to Les Halles you can imagine yourself stocking up along the fresh food market stalls the way it used to be done by Parisians here for 800 years. There’s the fishmonger, the butcher, the fruit stall, the cheese shop, the vegetable stall, the flower shop, the baker, and of course, the pastry shop–but not just any pastry shop.

As the story goes, Nicolas Stohrer learned his trade as pastry chef in the kitchens of King Stanislas I of Poland, in exile in the East of France. When the King’s daughter, Marie Leszczynska, married King Louis XV of France, she brought her favorite pâtissier with her to Versailles. Five years later, in 1730,  the enterprising Stohrer opened his own shop on 51 rue Montorgueil, in the second arrondissement, where it has remained to this day.

The legend also attributed to this pastry chef the elevation of the Baba au Rhum to the olympus of iconic French desserts. It is said that when King Stanislas settled in his exile in Luneville in eastern France, near Nancy in the Lorraine, he found the local kouglof cake to be too dry. Ah, yes, dry cake, the troubles and tribulations that a monarch in exile had to endure. The King’s chef kindly imbibed the cake in a syrup laced with a herbal liqueur.  Stohrer became a specialist of this treat, and when he set up his pastry shop in Paris he started using rum to soak it and it became a durable sensation. In its contemporary version it is often served chilled, accompanied with Chantilly cream and a medley of fresh red berries.

Today the shop is part national treasure, part tourist destination, it has diversified into traiteur and event catering but it remains, essentially, a delightful pâtisserie. So why have they not expanded from their one original address in all these years and go for world cake domination? “Our focus is on longevity,” explains Pierre Liénard, head of the maison, “The recipes are treated with great respect to make sure that the quality and taste remain constant through the generations.”

The store itself is snug and can accomodate three customers at a time, maybe four at a squeeze. The staff takes their time for the regulars to pick their favorites and the newcomers to take in the decor. They are used to people taking a while before they are ready to order, as the eyes follow up and down from the chalendiers, to the glimmering glass counters and the murals painted by Paul Baudry, the same 19th century artist that painted the frescos in the Opera Garnier.

Previous Article Hot Hotels on the French Riviera: La Réserve Ramatuelle
Next Article Not to Miss in Normandy: Palais Bénédictine in Fécamp