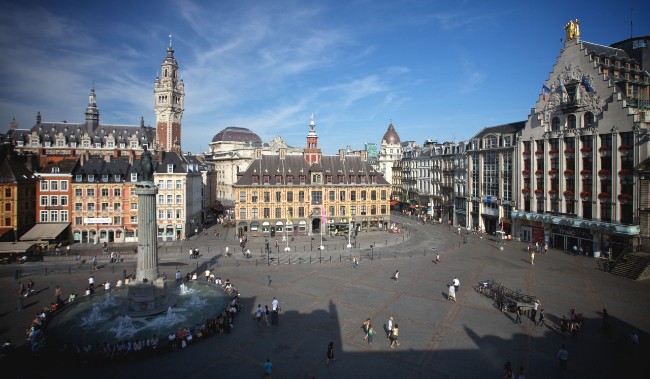 Just over an hour away from Paris by train, Lille is the perfect destination for a quick weekend escape from the capital– to see a completely difference side of France. The city’s time under Flemish rule has influenced everything from its architecture to its cuisine, setting Lille apart from many other major French cities. Here we recommend where to stay, where to eat, and what to do if you have 48 hours in the city. 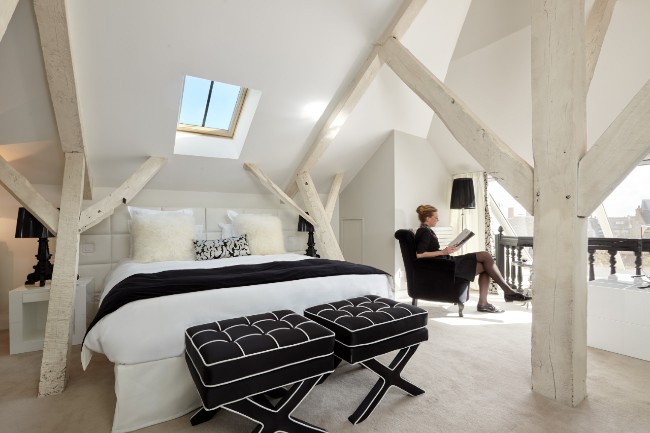 This former hôtel particulier, located in Lille’s Old Town (Vieux-Lille), has been transformed into a luxury five-star boutique hotel by owner Aurélie Vermesse, who has breathed new life into the historic property with her impeccable style and love of modern art. Each of the 19 rooms have been uniquely decorated and inspired by a poem from Baudelaire, seamlessly blending original period features with contemporary accessories, such as a fluffy feather trimmed lampshade in “Le Cygne”. As well as its gorgeous rooms the hotel also offers a bar, a Michelin-starred restaurant (more on this later), and serves up a feast at breakfast, with homemade pastries, organic eggs, freshly squeezed juice, jam made by the talented pastry chef, and honey from the hotel’s own hives.

After opening hotels all around its native France, Mama Shelter has finally brought its fun and quirky design to Lille, offering guests the brand’s playful styling and comfortable decor at an incredibly affordable price. Like all other hotels in the collection its buzzy bar and restaurant have quickly become a social hotspot where locals and guests mingle side by side, dining on Lille classics such as Le Welsh and sipping on local artisan craft beers. The new hotel also couldn’t be better located for the train stations; it’s a four-minute walk to Lille Flandres, and just three minutes more to Lille Europe. 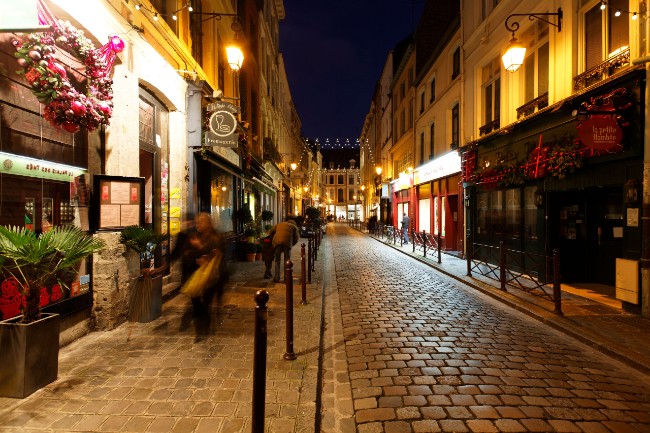 Not only is Clarance Hotel arguably the most prestigious place to stay in Lille, but it also offers one of only two Michelin star restaurants in the city. Headed up by young chef Thibaut Gamba, who has trained with the likes of Pierre Gagnaire, La Table serves up a contemporary French menu based around local and seasonal ingredients with a focus on fresh fish and seafood. Dishes can change daily, depending on what Gamba has managed to source and what inspires him that day, but expect light yet flavourful dishes such as wild sole cleverly paired with carrots from nearby Ennevelin, more exotic medjool dates, and a black olive emulsion, and rich chocolates desserts freshened up with blood oranges and lemon thyme. The décor is charming and inviting, with wooden wall paneling, stacks of books, and modern art. If you want to enjoy a more intimate evening, then get there early to try and snag the restaurant’s cosiest spot: a private table-for-two for in the library area set away from the other guests. 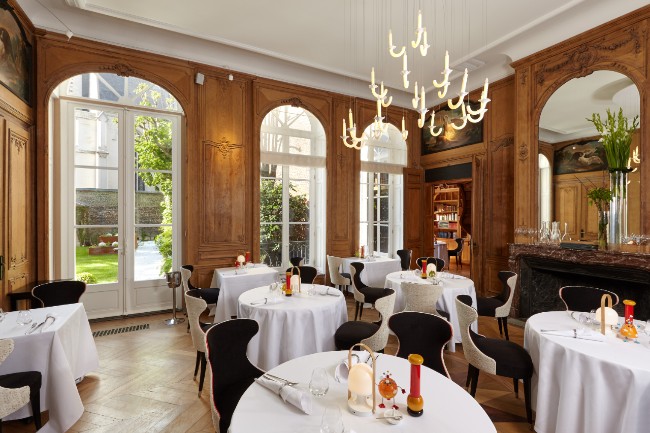 Ripaille is one of a growing number of contemporary restaurants in Lille which is really putting the city on the map for its gastronomy. Run by husband-and-wife team Willy and Sandrine, the pair are fully committed to working with local producers and seasonal ingredients to create their modern French cuisine; even the cutlery and plates have been crafted by local artisans. The menu changes every month to showcase the best seasonal produce through Willy’s delicious dishes, whilst Sandrine can advise you on which organic or natural wine to pair with your meal. It’s also a great spot for vegetarians, with a veggie option always available, and make sure to save room for dessert, in particular the French cramique, which is a traditional brioche from Lille, prepared as French Toast, and served with a good helping of caramel and whipped cream. 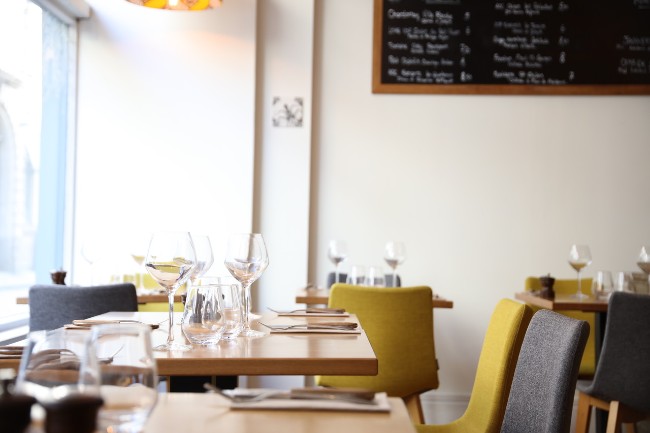 With its artisan charcuterie and cheese boards (and smoked fish and seafood if you’re in the mood for something different) and more than 200 wines on the menu, JaJa is the ideal spot for a drink come apéro time. The team have paid as much attention to crafting the wine bar’s style as they have its menu, with bare brick walls, unpolished wooden tables, and leather-covered furniture, and unlike some other restaurants, it’s also open on Sundays.

You might spot cheese from Philippe Olivier on a few restaurant menus in Lille (including at Ripaille) and if you don’t happen to walk past the fromagerie first, which can be found in the heart of the old town. It’s a great spot to pick up a souvenir to take home, or even better, pick up some cheddar and follow Philippe Olivier’s own recipe (found online) to create Lille’s famous dish, Le Welsh, back at home. 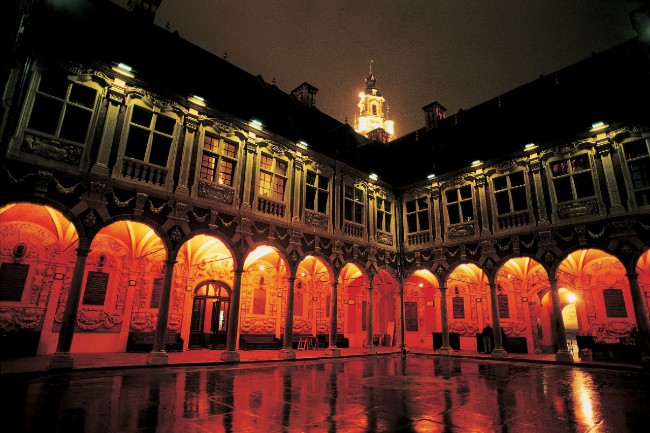 Named after an old Flemish fable, L’Ogre de Carrouselberg is a tiny pâtisserie which makes cakes that are so pretty it’s no wonder the place is inspired by a fairytale. The signature is the P’tit Pouchin, a chou pastry filled with light cream, vanilla, and orange blossom, created by accident when the founders were working on another recipe, but all of the treats here are delicious. The space is small with just a couple of tables both inside and out, but if you don’t manage to sit-down you must get something to take-away; it’s too good to miss out. 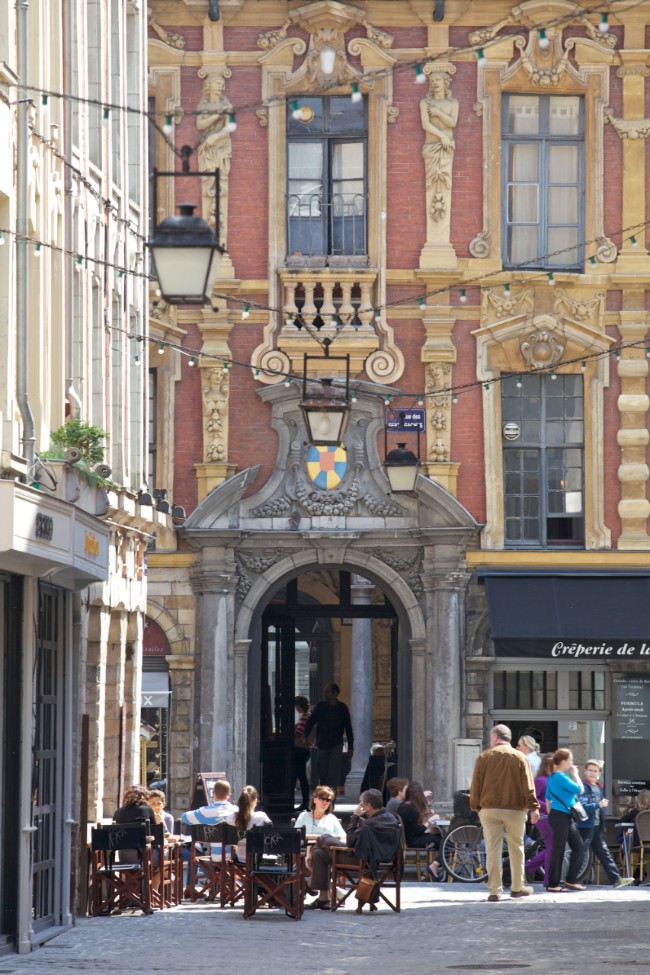 If you’re travelling from Paris you might already be familiar with La Maison Méert, which has locations in Le Marais and Saint-Germain-des-Prés. However, the historic chocolaterie et confiserie was actually founded in Lille back in 1849, when a Belgian named Monsieur Méert bought a sweet shop and ice-cream parlour at 27, rue Esquermoise. But it’s the previous owner Monsieur Rolloz who we can thank for the building’s intricate and impressive décor, after he commissioned architect César Benvignat to give his business a luxurious new look. If you take a look in the pâtisserie, you can still spot engravings of “R” for Rolloz in the counters. In addition to the boutique, there is also a restaurant and salon de thé where you can enjoy a goûter (the French version of afternoon tea) and one of Méert’s signature gaufres (waffles).

Lille’s Palais des Beaux Arts (Fine Arts) is an unmissable stop on any visit to the city, holding an impressive collection of artworks from masters such as Rubens, Goya, Delacroix, Raphaël, and Rodin. More unusually, there is also room filled with 18th century relief maps of fifteen fortified towns in Northern France and Belgium, which were used by the French Kings during war time to plan battles and are surprisingly fascinating. Put aside a whole afternoon here to really make the most of your visit. 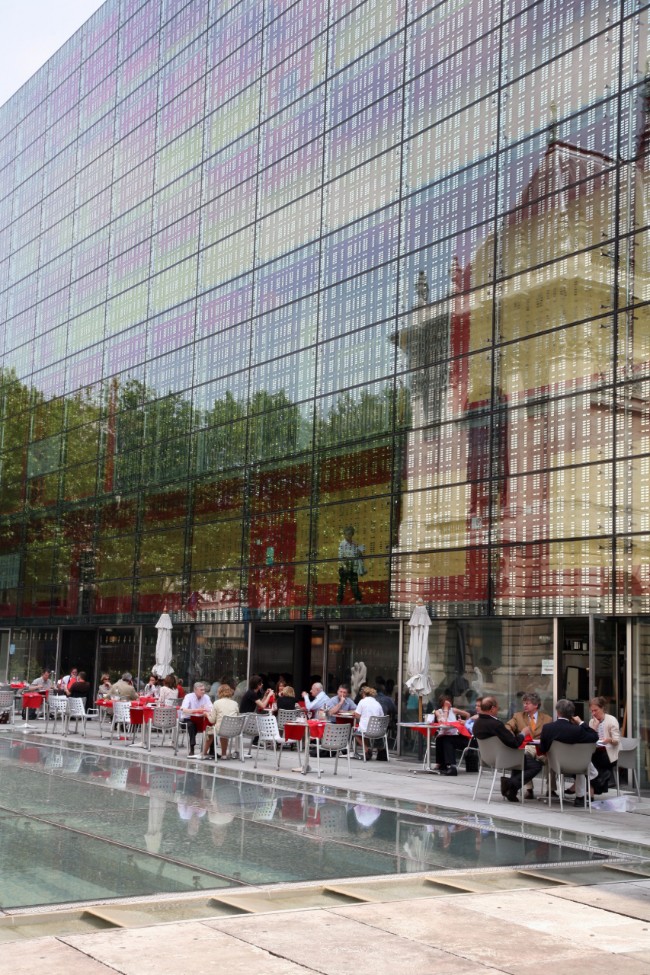 Those who love hunting around French brocantes (flea markets) might want to pay visit to the market at La Veille Bourse, the Old Stock Exchange, located in Lille’s main square, Place du Général de Gaulle. It takes places every day except Mondays from 1pm until 7pm and sells mainly second-hand books, along with old prints, maps, posters, and maybe the odd knick-knack. Even if you don’t pick anything up it’s worth a visit just to see the 17th building, which is made up of 24 identical little houses around the inner courtyard and is considered to be the most beautiful in the city. 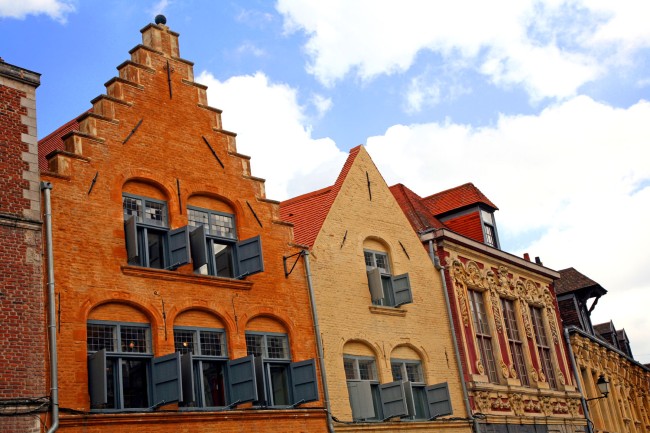 If you’re with the kids, then you might want to skip the fine arts in favour of Lille’s natural history museum, the Musée d’Histoire Naturelle. As you might expect it’s packed with dinosaurs, fossils, stuffed animals, as well as insectarium full of creepy-crawlies, which together will keep children entertained for hours. Right outside you also have Parc Jean-Baptiste Lebas, with play areas, pétanque courts, and plenty of grassy lawns for a picnic. 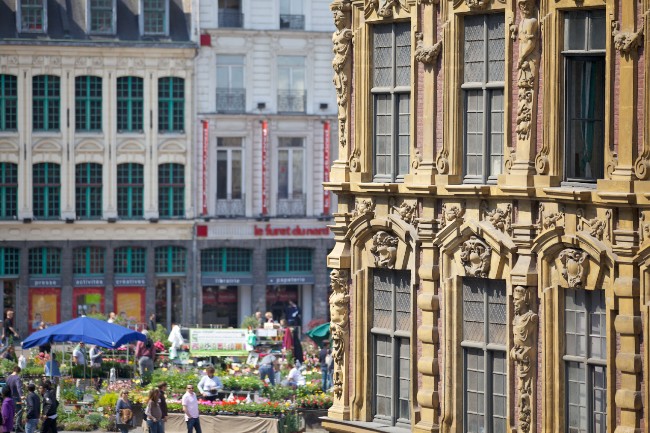 This 17th century citadel, designed by Vauban, the famous French military architect and engineer who worked for Louis XIV, is only available to see on the guided tours organised by the Lille Tourist Office. The tours are in French, but if your language skills are up to it then make sure to book seven days in advance and pack some ID, as you’ll need it to enter. Alternatively, you can just enjoy the park surrounding the citadel, Parc de la Citadelle, which is Lille’s largest and is also home to the city’s zoo. 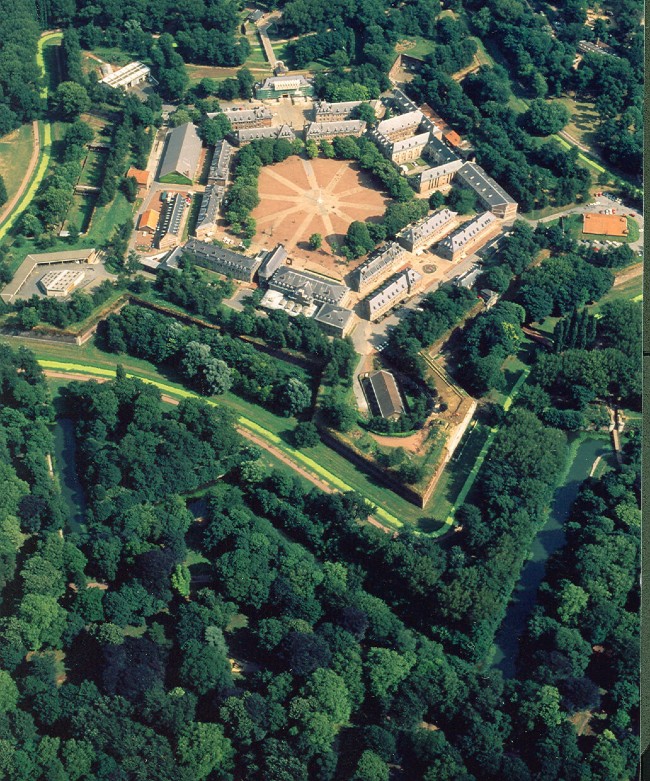