Great Destinations: Beyond the Mountains in the Rhône-Alpes 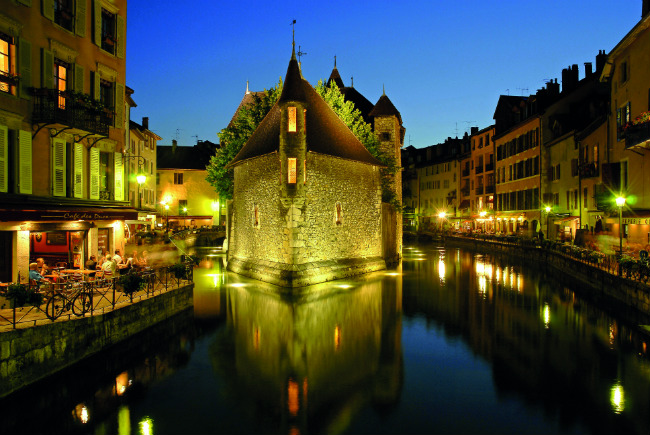 From the gastronomic sophistication of Lyon and the vineyards of Côtes du Rhône, to the resorts of the Alps and the dramatic gorges of the Ardèche, the Rhône-Alpes has it all

When they gave the Rhône-Alpes region its name back in the early 1980s, they kept things simple: they took the two most significant natural features – the 500-mile-long river Rhône and the mighty Alps – and joined them together with a hyphen. Not very imaginative, but effective, all the same. Despite the dominance of this river and mountain range, there’s so much more to this region that demands attention. The amazingly gastronomic city of Lyon, for example. Or the Côtes du Rhône vineyards. Or the many museums of Saint-Étienne. Or the Ardèche gorges. Or the medieval charms of Pérouges. No lack of variety in this part of the world. 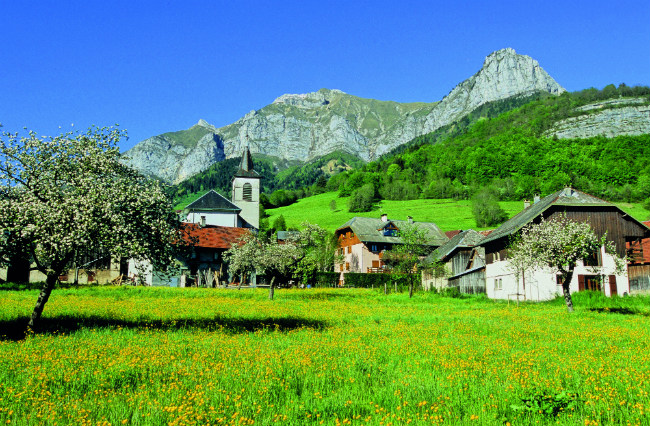 The village of La Compote in Savoie. Photo: Lansard

Since France’s administrative shake-up at the beginning of 2016, Rhône-Alpes has become part of the new larger government region of Auvergne-Rhône-Alpes. This article, however, focuses on the original region, comprising the eight départements of Rhône, Loire, Ardèche, Ain, Isère, Drôme, Savoie and Haute-Savoie. It is bordered by Burgundy and the Jura in the north, Provence in the south, the Massif Central in the west, with the Alps rising in the east. As well as the Rhône, there are five other major river valleys: the Isère, the Saône, the upper sections of the Loire, the Ardèche and the Drôme. When it comes to cities, the capital and culturally most important city is, of course, Lyon; although the likes of Saint-Étienne, Grenoble, Valence, Chambéry and Annecy call out to be visited too. Covering such a huge area (Rhône-Alpes is bigger than Switzerland) and such a variety of topography, the region defies any sort of overall categorisation. 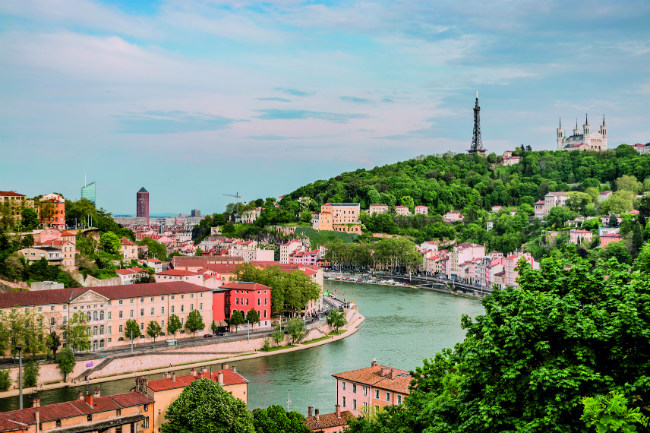 A good place to start is in the northwest, in Beaujolais, home of the famously fruity red wine. All along the banks of the river Saône you’ll find hundreds of luscious vineyards. Every year, on the third Thursday in November (Beaujolais Day), just as the day begins at the stroke of midnight, winemakers release that year’s Beaujolais nouveau, only a few weeks after the grapes have been harvested. And every year, wine lovers flock to the region to guzzle this lovely, young wine. One of the best places to celebrate Beaujolais nouveau is in the village of Beaujeu, a few miles northwest of Villefranche-sur-Saône, where quaffing reaches frenzied heights at the Sarmentelles de Beaujeu festival. 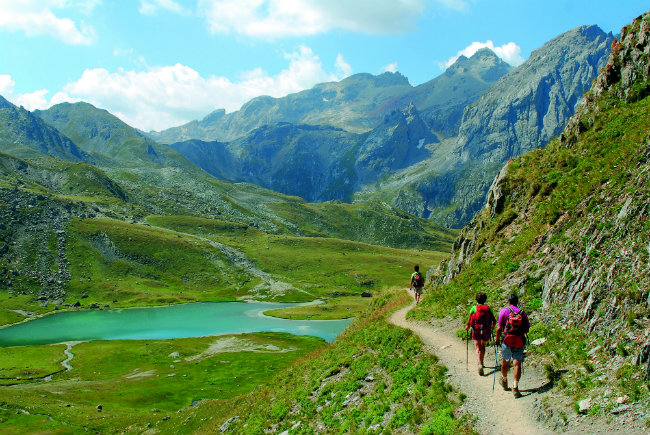 Between Villefranche-sur-Saône and Bourg-en-Bresse is La Dombes, a huge area featuring hundreds of lakes; and a birdwatcher’s paradise. Look out for the wonderfully ungainly storks that congregate here. At the southern edge of La Dombes you’ll find the medieval village of Pérouges. Restored to within an inch of its life, and festooned with cobbled alleyways, and half-timbered and stone houses, it’s perhaps a bit Disneyfied for some tastes. Filmmakers, though, can’t get enough of it. 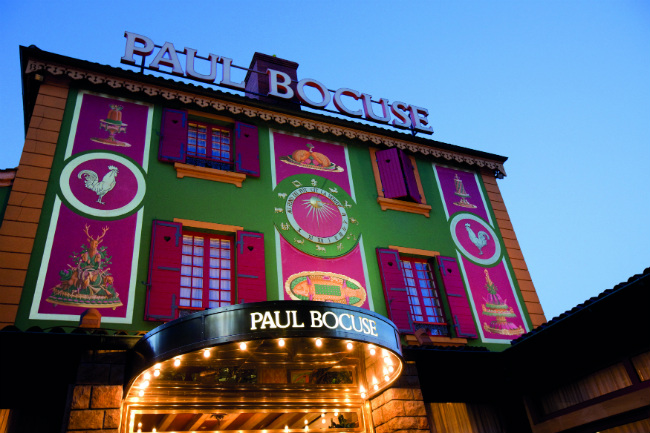 Also in the northwest of Rhône-Alpes is the region’s capital and most interesting city, Lyon. This great cultural centre has made a name for itself in recent years thanks to its superb culinary scene. Local chefs, many of whom you’ll find offering delicious dishes in the city’s wonderful bouchons (the local bistros), like to think their superior skills place them above Paris in the kitchen pecking order. Lyon has a veritable constellation of Michelin stars with no fewer than 19 starred chefs. The most famous Lyonnais chef of all is the legendary, late Paul Bocuse, who lent his name to the city’s only three-Michelin-starred L’Auberge du Pont de Collonges (in Lyon’s northern suburbs), the Institut Paul Bocuse chef training school, and the Halles de Lyon Paul Bocuse covered market. 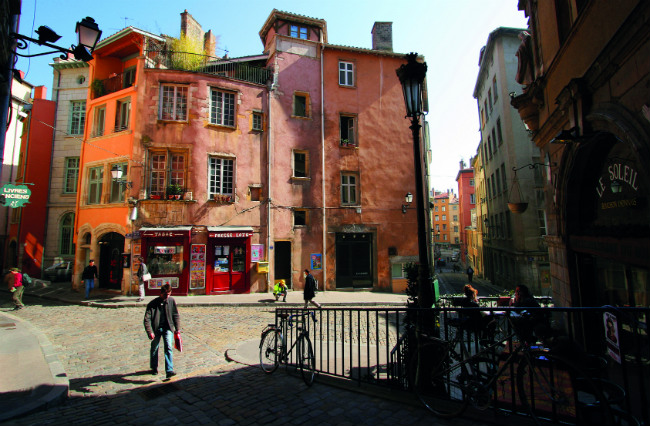 To get a measure of this man’s high standing in French restauration, just consider how his marketing people described him. “When Monsieur Paul arrived in the dining room to greet his guests, in his chef’s hat and his immaculate red, white and blue jacket, time stood still; not a whisper was heard,” they stated without any sense of vainglory. “Everyone gazed in admiration at this imposing and charismatic figure. It was a sacred moment.” If you were to describe other celebrities in such glowing terms, you’d be opening them up to ridicule. Yet with Bocuse, such praise rings true. 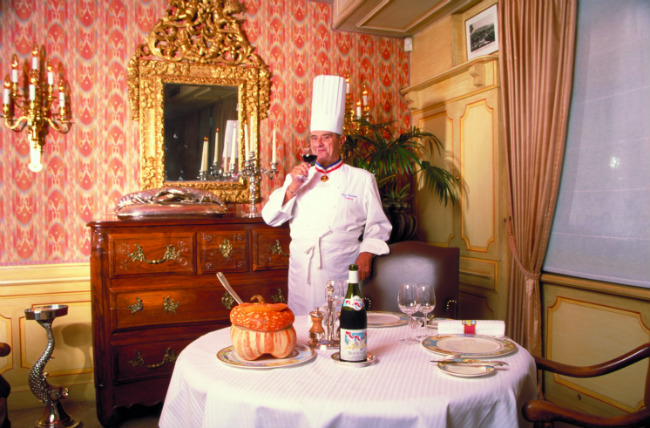 As France’s third city, Lyon of course has many other attractions beyond its cuisine. Buoyed by its UNESCO World Heritage Site status, it includes historical gems such as the Fourvière district (the site of the original Roman settlement), with its basilica, Tour Métallique, and Roman ruins. And you certainly shouldn’t miss a visit to the famous traboules – the 500-odd covered passageways, galleries, courtyards and staircases that create a network of tunnels beneath and through many of the city’s oldest buildings. Around 40 of them are open to the public. Lyon is also home, every December, to the Fête des Lumières when light shows illuminate dozens of public and historical buildings to glorious effect. 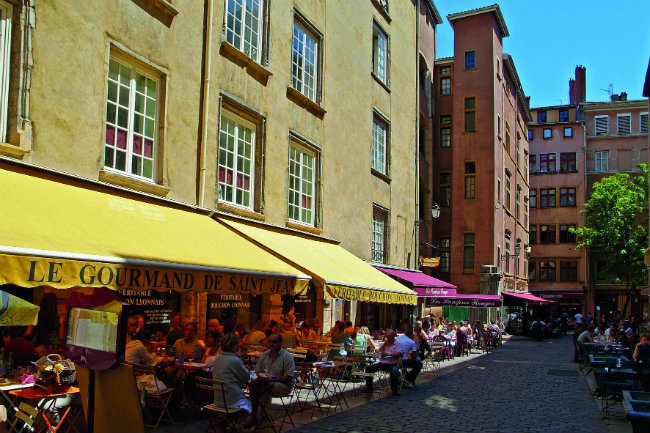 Fifty kilometres southwest of Lyon is Saint-Étienne. This is an industrial city but its many intriguing museums make it well worth a visit. Move across to the northeast of Rhône-Alpes and you enter the Alps proper. Annecy, with its beautiful lake, is a summer resort that can rival any of the Riviera’s on the Med. (August traffic can be as bad as it is in the beach resorts of Provence.) North of here Rhône-Alpes abuts Lake Geneva (or Lac Léman, as the French call it), offering a host of spa towns including Thonon-les-Bains and Évian-les-Bains. The latter is of course more famous as home to the ubiquitous brand of bottled water whose contents apparently take 15 years to trickle down through the Chablais mountains, garnering various minerals en route. 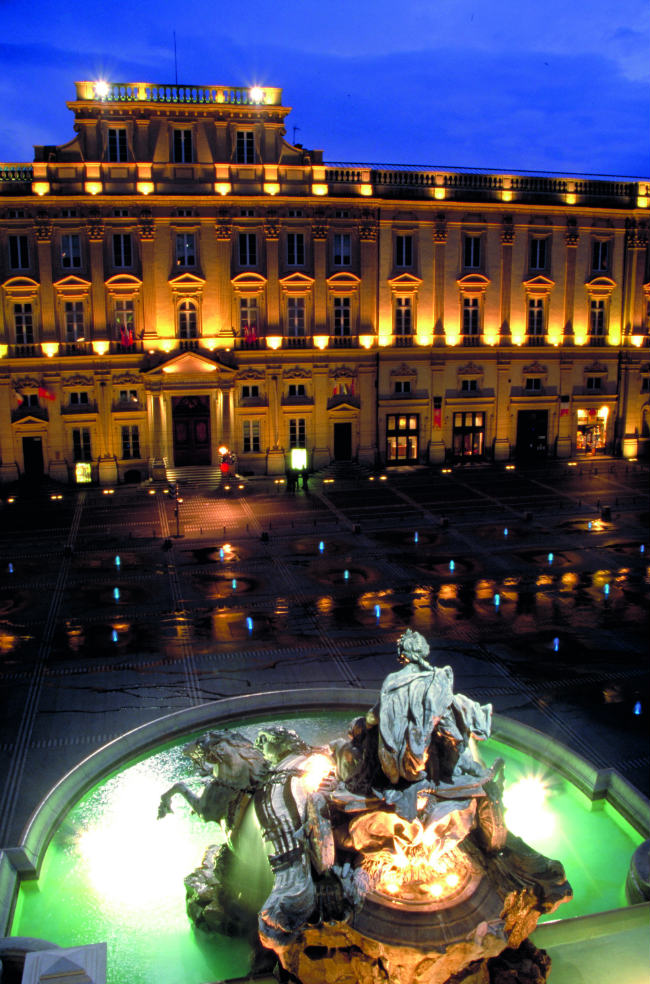 SUMMER IN THE ALPS

The number of great mountain resorts on offer ensure Rhône-Alpes boasts more skiing than any other French region. In fact it boasts more skiing than most other entire nations. There are close to 180 ski resorts in all. Les Gets, Morzine, Chamonix, Méribel, Courchevel, Val Thorens, Les Arcs, Val d’Isère, Tignes… the resort names trip off the tongue like Olympic skiers zipping down a grand slalom.

Speaking of Olympic skiers, no fewer than three Winter Olympics have been staged in Rhône-Alpes (Chamonix in 1924, Grenoble in 1968 and Albertville in 1992) – proof of the snow-sport pedigree in this part of the world. 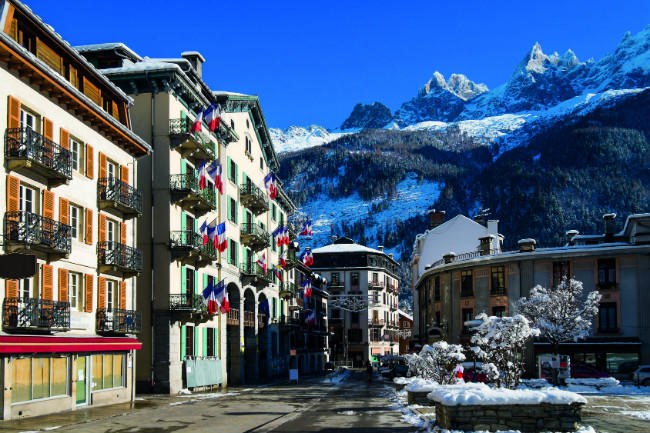 As global warming does its stuff, these ski resorts are increasingly marketing themselves as summer resorts, too. When you consider the amazing activities on offer, such as mountain biking, paragliding, hiking and white-water rafting, you begin to understand why the spring melt does little to dampen local business. In some resorts – Les Deux Alpes, for example, and Tignes – the mountains are so high that the snow remains all summer long, up on the glacier. Many professional teams base themselves here for summer training. 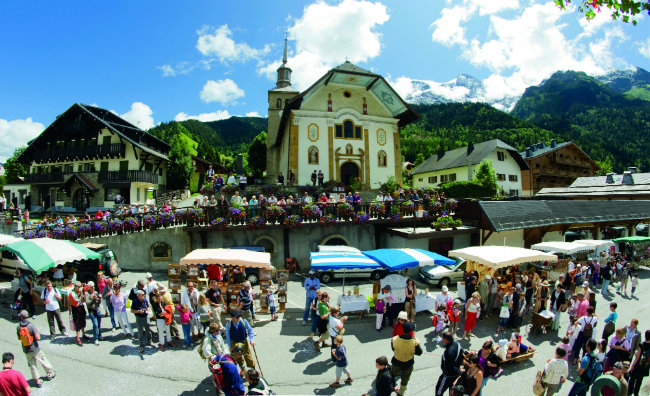 Heading south from the Alps, we eventually come to the city of Grenoble with its lively nightlife (thanks to the enormous student population) and its confusing one-way road system. Climb to the top of La Bastille for panoramic views across town. Another popular attraction is the (weirdly-monikered) contemporary art gallery, Le Magasin. 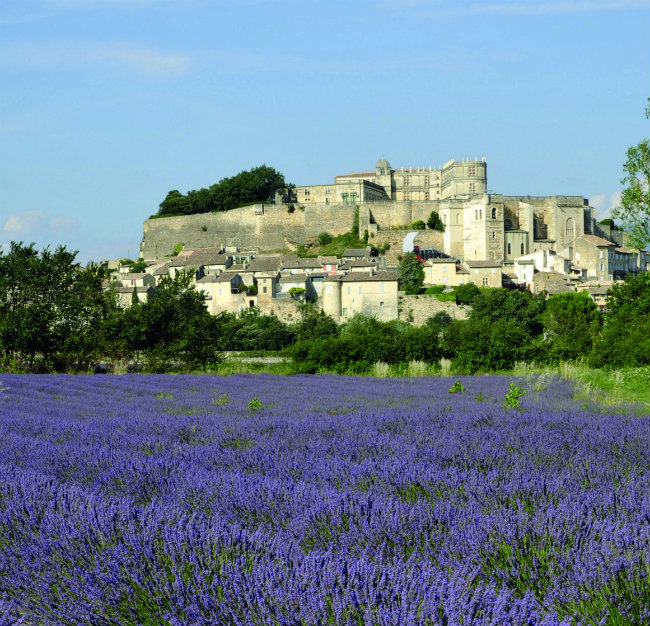 Continuing southwest, we arrive back in the Rhône Valley, and in the city of Valence, which likes to market itself as the gateway to Provence.

If you’re short of time skip Valence and instead head due south to Montélimar, home of the famously sweet and nutty nougat. A dozen or so manufacturers offer free tours of their factories, where you can do your best to feign interest in the process while you ready your sweet tooth for the delicious reward of almonds, honey and pistachios at the end. 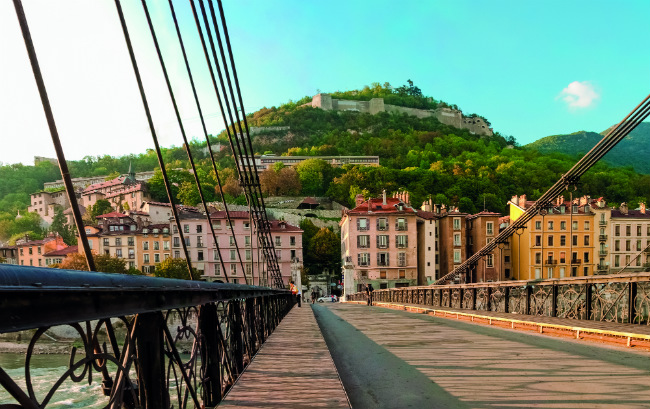 Another unusual activity beside the banks of the Rhône is France’s nuclear industry. If you’re feeling particularly radioactive, you can visit one of the handful of nuclear power facilities. Two that offer public tours are the Centrale Nucléaire du Tricastin, in Saint-Paul-Trois-Châteaux, or the Centre Nucléaire de Saint-Alban/Saint-Maurice, in Saint-Maurice-l’Exil. Keep a Geiger-counter handy and, please, no jokes about Homer Simpson. 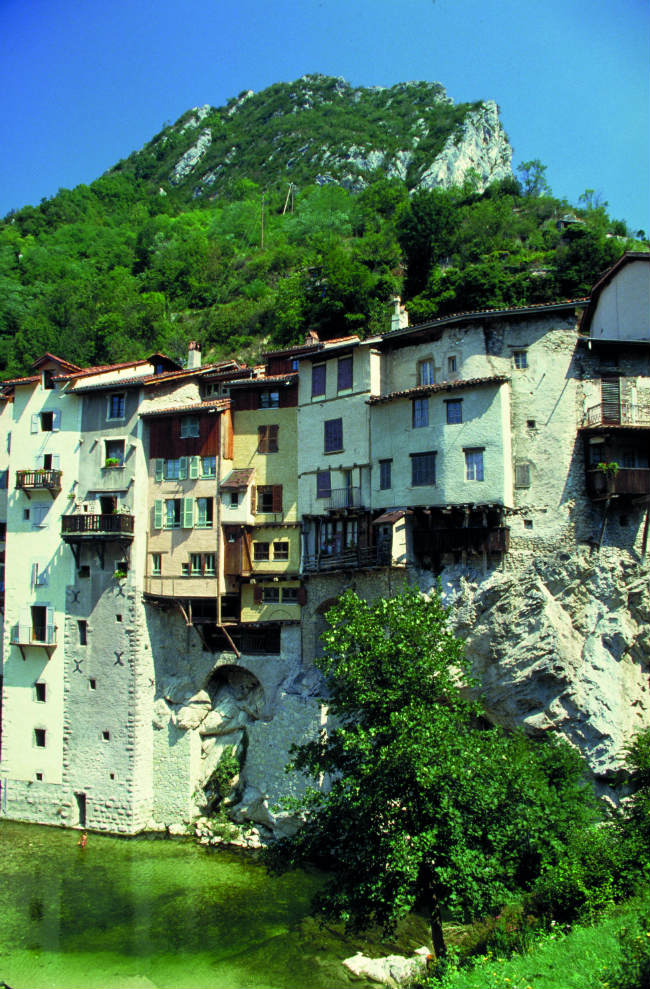 A more orthodox way of enjoying French rivers is to go canoeing or kayaking. One of the best spots in the whole country to paddle is in the southeast of Rhône-Alpes, in the gorges of the Ardèche river. Head for the village of Vallon-Pont-d’Arc and follow the river as it snakes southeast towards Saint-Martin-d’Ardèche. On the way, see if you can spot eagles nesting in the high river cliffs, or explore the many caves, some last inhabited as long as 40,000 years ago. One of the most famous spots is Pont d’Arc, a natural bridge of stone created by the river’s erosion. 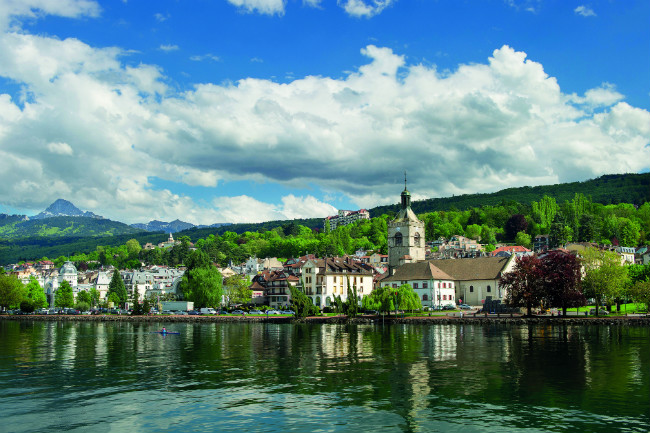 Given its enormous size, Rhône-Alpes has a lot to offer nature lovers. The region counts no fewer than eight regional parks. But its wildest areas are of course up in the high Alps. And you don’t get any higher than Mont Blanc which, at 4,800 metres above sea level, is western Europe’s tallest mountain. The summit straddles the border between Rhône-Alpes and Italy.

From the summit, on a clear day, you can see all the way across the entire Rhône-Alpes region as far as the Massif Central. 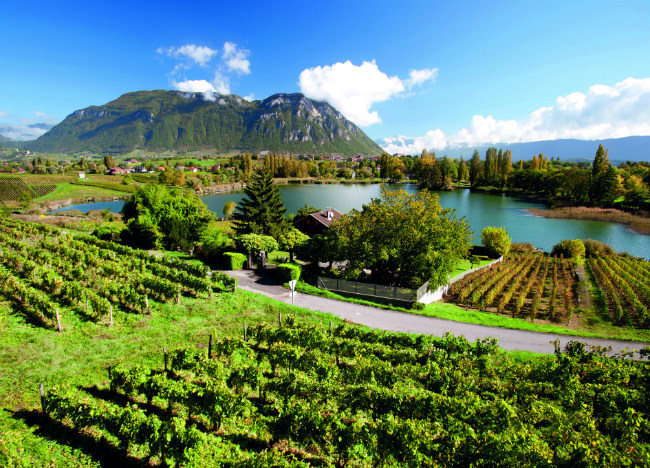 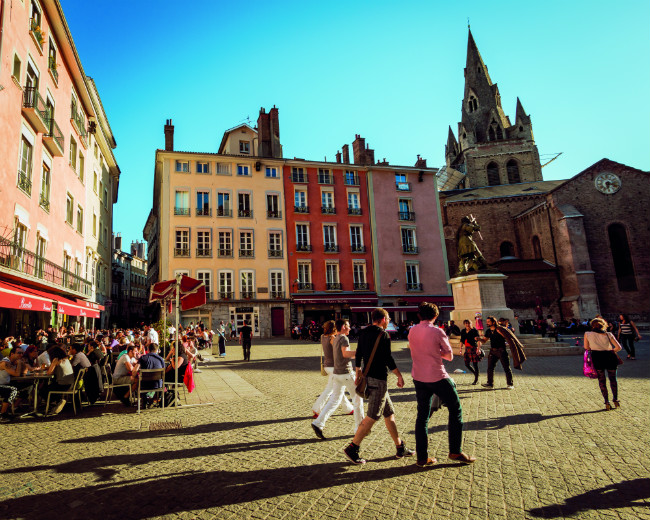 You really must start in Lyon, and that means visiting one of its many bouchons (lesbouchonslyonnais.org) – the traditional bistros where you can indulge in famous Lyonnais dishes such as quenelles (meat or fish dumplings), tablier de sapeur or andouillettes (both made from tripe – buyer beware!), cervelle de canut (cheese dip) and tarte aux pralines. But don’t ignore specialities from the rest of the Rhône-Alpes region. In Savoie you’ll find plenty of mountain food such as fondue, raclette and tartiflette. 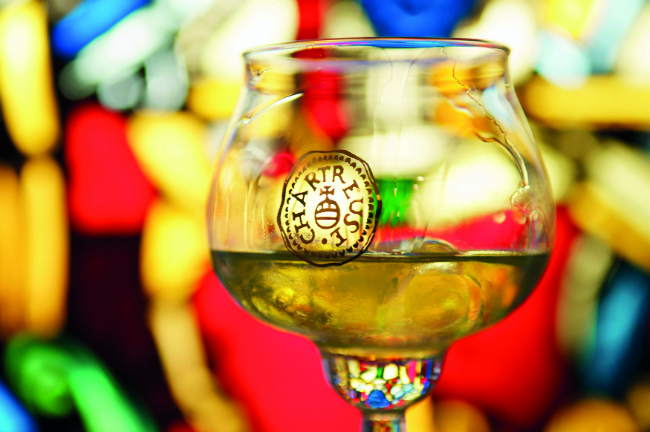 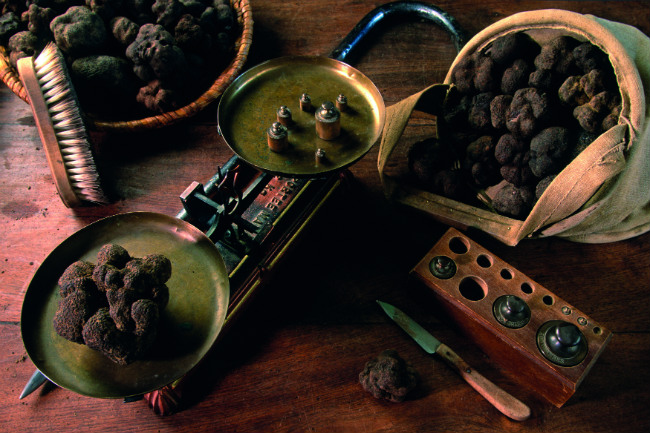 People in Rhône-Alpes love their desserts too: there’s nougat from Montélimar; bugnes, which are little pieces of dough fried in oil and sprinkled with sugar; and Ardèche chestnuts, which end up in marrons glacés and crème de marrons. Wash down all the above with Beaujolais or Côtes du Rhône wine. And if you’re feeling up to it, sip some Chartreuse, the green liqueur which, according to legend, is based on an ancient monastic elixir for long life. It’s normally drunk as a digestif but is increasingly finding its way into cocktails. 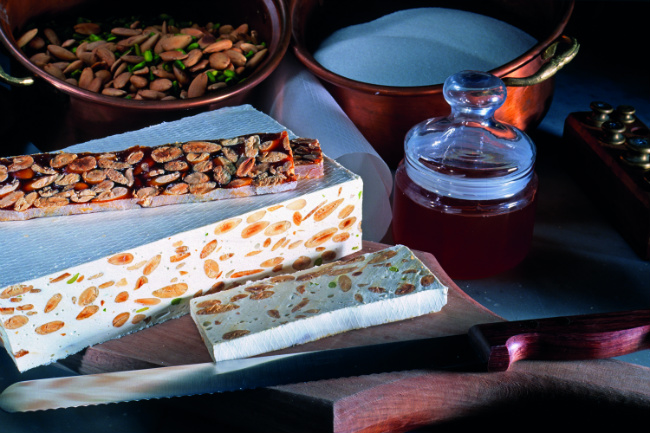