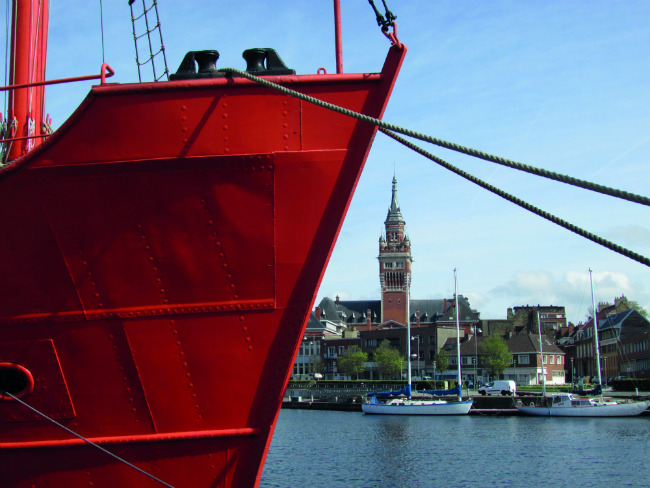 Look out across the English Channel from Dunkerque’s broad, sandy beach and, at any time of day, you’ll see passenger ferries, tankers and cargo ships sailing these busy waters. It’s also a delightful place to build sandcastles, play beach games, or just relax at a promenade café. But it was a very different scene here in May 1940.

In the early days of World War II, thousands of ‘little ships’ joined British naval vessels in an attempt to rescue members of the British Expeditionary Force trapped by the advancing German Army. Operation Dynamo was planned from tunnels beneath Dover Castle. Its target: to rescue 45,000 men – but between May 26 and June 4, more than 338,000 British and Allied soldiers were brought safely back to England. Thousands of private crafts sailed back and forth across the Channel, navigating treacherous sandbanks beneath heavy enemy bombing – more than 2,000 soldiers, sailors and civilians were killed at sea and on shore. And this summer, movie-goers can relive the drama and emotion of Operation Dynamo, with the launch of Dunkirk, a new film from director Christopher Nolan. Filmed on Dunkerque’s historic waterfront, this epic ‘survival’ movie stars Kenneth Branagh and Tom Hardy, Cillian Murphy and Mark Rylance, with a screen debut by teen heartthrob Harry Styles. 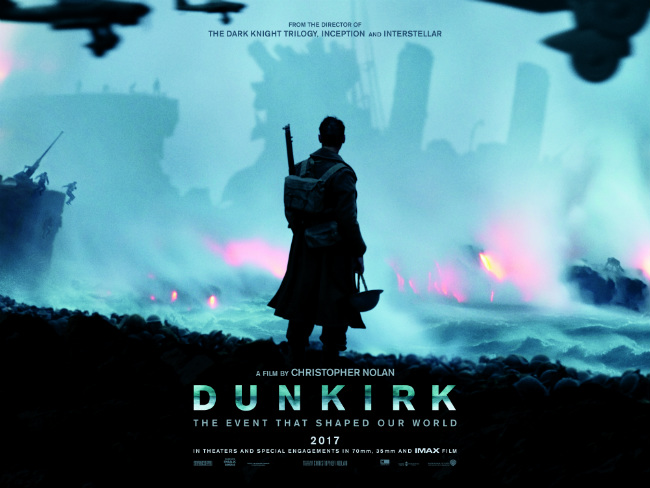 The effect of Operation Dynamo is still evident in Dunkerque, a town which was almost annihilated in the bombardment. But there’s much more to the port than just Remembrance. So, as the town prepares for an influx of visitors inspired by Nolan’s movie, I’ve come to see what 21st-century Dunkerque has to offer them.

Dunkerque’s strategic position has made it desirable since the Middle Ages, a coastal town with a short crossing to England. So a good place to start any visit is the excellent Port Museum, housed in a converted tobacco warehouse on quai de la Citadelle, just along the harbour from my base at the Hotel Borel.

Artists’ impressions clearly show how the original harbour was fortified and extended across the centuries, the seaward approach involving skilled navigation through those hidden sandbanks. As I walk through galleries steeped in the atmosphere of those busy tobacco days, I watch the story unfold through paintings, archive photos, and some quite spectacular model ships. 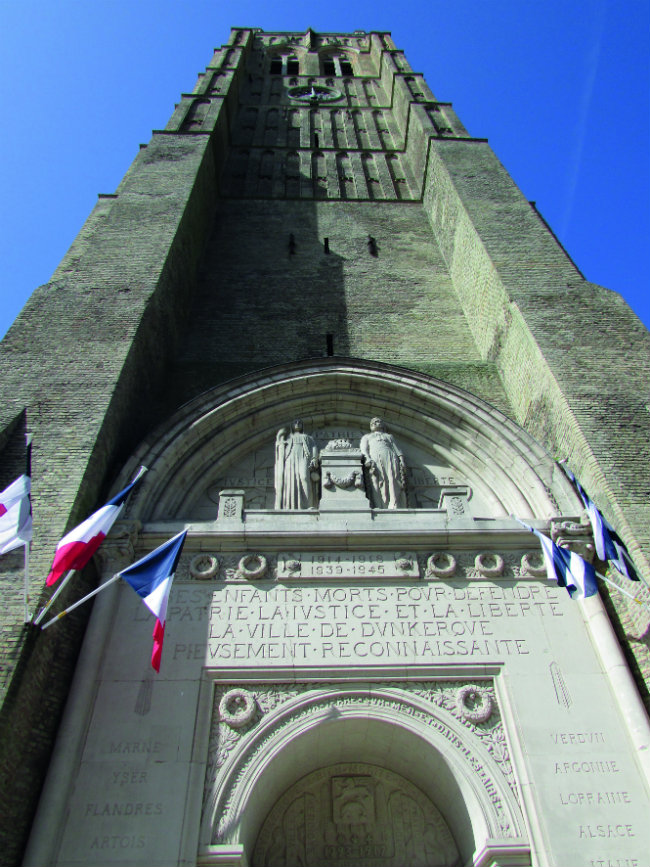 By the time I arrive in the 17th century, I’m confronted with Dunkerque’s most famous son, Jean Bart. A famous privateer under Louis XIV, Bart was licensed by the king to attack foreign merchant ships and fishing vessels in times of war. A temporary exhibition about pirates and privateers runs until January 2018 and finishes by asking many thought-provoking questions about pirates in modern society.

Outside the museum, visitors can go aboard the spectacular Duchesse Anne, a three-masted training ship built in 1901; the vivid orange lightship Sandettié; and a traditional barge, Guilde. You can also buy tickets to climb the Risban lighthouse for a unique perspective on the port and the city. But first walk round the inner harbour to admire the gleaming private cruisers and maybe take a Harbour Tour for a close-up view of the vast commercial operation. Look out too for the Princess Elizabeth, a British paddle-steamer from the 1920s which took part in the evacuation (and the movie) and which reopened this summer as a restaurant. 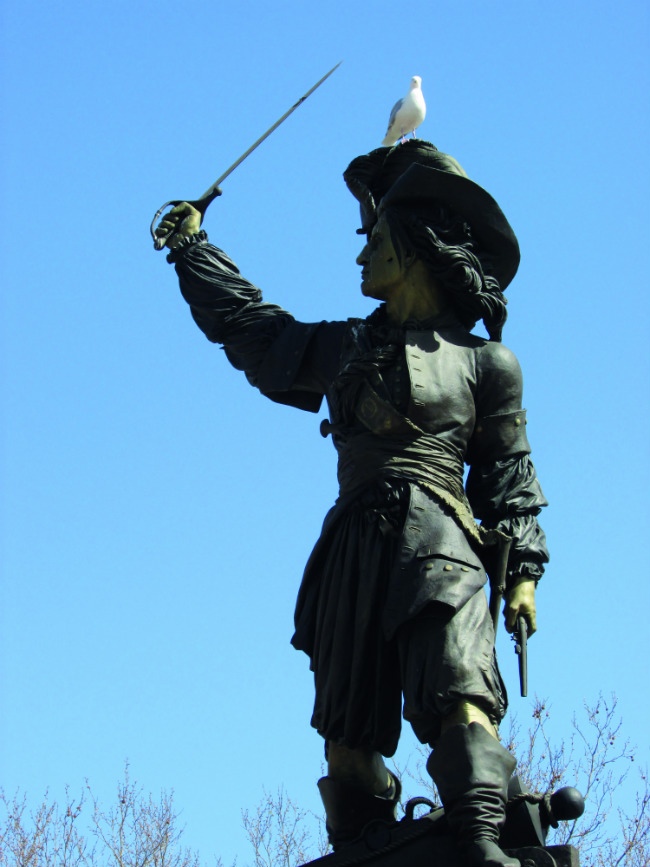 Just a short walk from the Port Museum is, of course, place Jean Bart, complete with a dramatic ‘action’ statue by David d’Angers and focal point for the music and parades of the Dunkerque Carnival in February each year. The great hero crops up again in a stained-glass window inside the flamboyant town hall, built in 1901 in Flemish Renaissance style. And if you’ve a head for heights, you can look down on his town by taking the lift and then climbing 60 stairs to the top of Saint-Éloi belfry.

Back at ground level, try a themed pâtisserie such as Jean Bart’s Finger from Aux Doigts de Jean Bart, or maybe Jean Bart’s Sword from rival pâtisserie Boutteau. Cheese more your thing? There are 300 to choose from at the Crèmerie de la Ferme in rue du President Poincaré, including locally-produced Bergues, washed in Flemish beer. 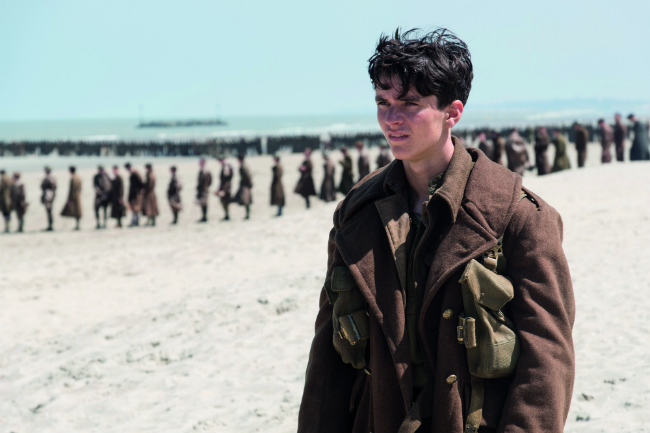 A still from the “Dunkirk” film

But for an overview of the events of May 1940, you need to turn your back on the shops and head towards the shore, where the Dunkerque War Museum reopened in July inside the remains of Bastion 32, used as Admiral Abrial’s HQ in 1940. Expect lots of military artefacts, archive footage and passionate, knowledgeable staff.

Visit Dunkerque in fine weather and the broad beach of Malo-les-Bains is a must, especially if you have children in tow. The fine sands extend through Bray-Dunes (and indeed all the way to the Belgian border with Holland). But it’s here at Malo that members of the British Expeditionary Force waited in May 1940 in hope of rescue. 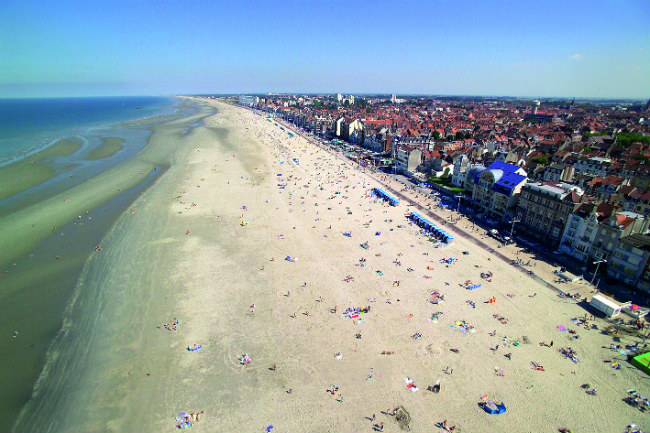 This year, from July onwards, individuals will be able to book to go on Operation Dynamo tours by minibus at predetermined times, or take a Dynamo tour by light aircraft or boat excursion. As well as explaining the events of 1940, guided visits also promise an extra behind-the-scenes dimension on the lming of the movie, which lasted three weeks and involved 1,500 extras beyond the principal actors and crew.

You’ll see where the sandbags were piled up beneath the period façades in Malo, one of three main evacuation beaches in 1940, find out how buildings on the waterfront were transformed to suit the period, and even learn where Nolan and his stars were spotted at lunch. 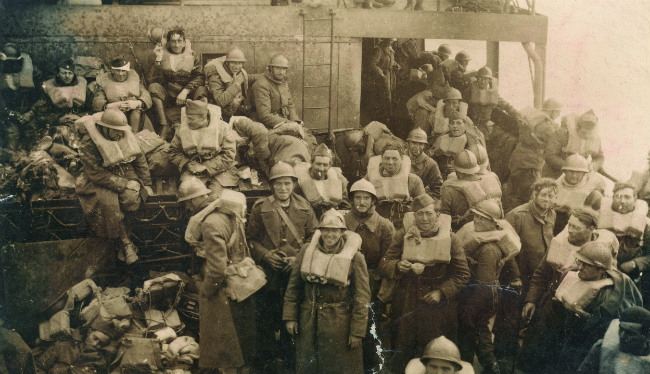 Men wait to be evacuated from Dunkerque in 1940

But it’s also easy to navigate between Operation Dynamo sites in your own car with the help of the free booklet and annotated map available from the Tourist Information Centre. At Leffrinckoucke, to the east of Malo, I got a real sense of the conflict at the Fort des Dunes, built in 1878 to protect France’s northern border. Nestled in the sand dunes and largely hidden beneath ground, it became a battleground in June 1940 in which the French general Louis Janssen was killed under German bombardment and the fort was taken. Today it’s a unique remembrance site with a huge sense of atmosphere.

Time your visit right and, at nearby Zuydcoote, low tide reveals the iron skeletons of the Devonia and the Crested Eagle, two paddle-steamers that were hit by German bombs whilst carrying rescued soldiers. And behind the dunes stands the Zuydcoote sanatorium– Le Sanatorium Vancauwenberghe de Zuydcoote – where more than 10,000 wounded men were treated around the clock. 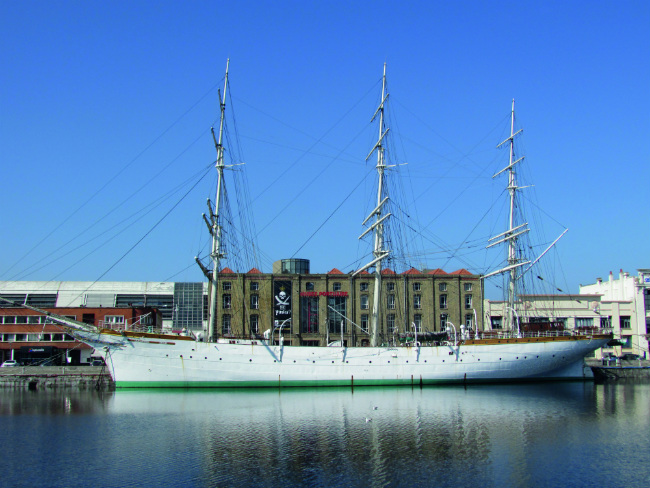 The Duchess Anne and the Port Museum. Photo: Gillian Thornton

Stop too at the British Memorial, inaugurated in 1957 by Queen Elizabeth the Queen Mother. Here, 810 gleaming marble headstones, fringed with flowering plants, commemorate those who fell defending Dunkerque. Beside them, columns are inscribed with the names of 4,528 soldiers from the British Army, as well as six Indian Army soldiers, who rest here in unmarked graves.

It’s all immensely moving, a story that certainly merits retelling for a 21st-century cinema audience. But the area around Dunkerque is also packed with history and heritage from different ages, and there are plenty of outdoor activities and visits to please family groups of all ages too. 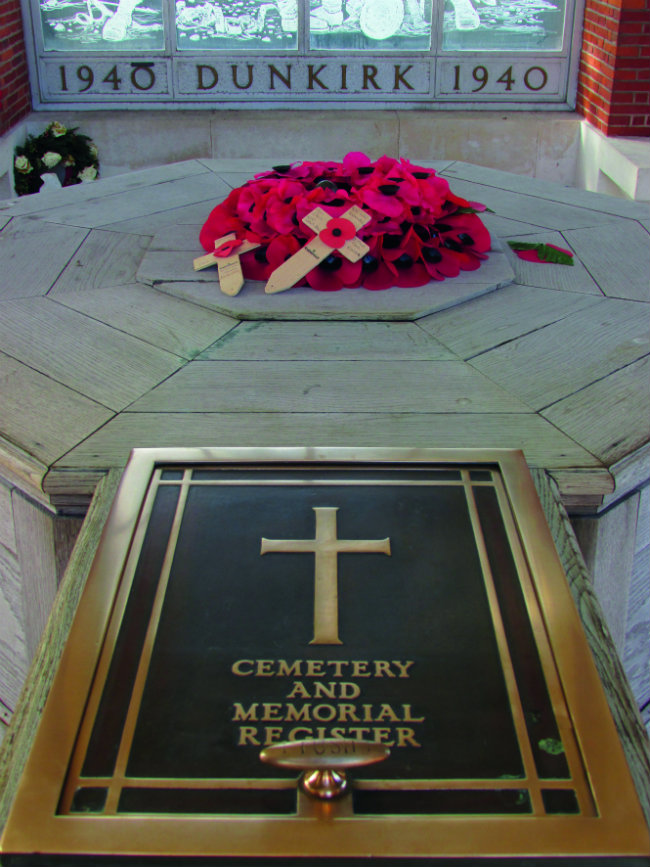 At nearby Gravelines, for instance, there’s a unique chance to potter around the 17th-century Vauban ramparts in an electric boat or pedalo. Many of the military engineer’s signature star-shaped ramparts remain around France, but nowhere else can you play Admiral for an hour! And when you’ve finished, you can follow the trail of artworks and mini-gardens round the top of the walls.

There are more Vauban ramparts at the pretty fortified town of Bergues, around 10 kilometres inland. Pick up the annotated maps to the rampart and city walks, then wander among Flemish gables and stone towers, pretty canals and bastion viewpoints. And maybe refuel with a glass of local beer on a terrace.

After my short break in Dunkerque, I sailed back to Dover on a comfortable DFDS passenger ferry. And as the coast of France receded from view, I couldn’t help thinking how welcoming the White Cliffs of Dover must have looked in those dark days of May 1940. Sometimes, it’s good to remember that freedom doesn’t always come free. 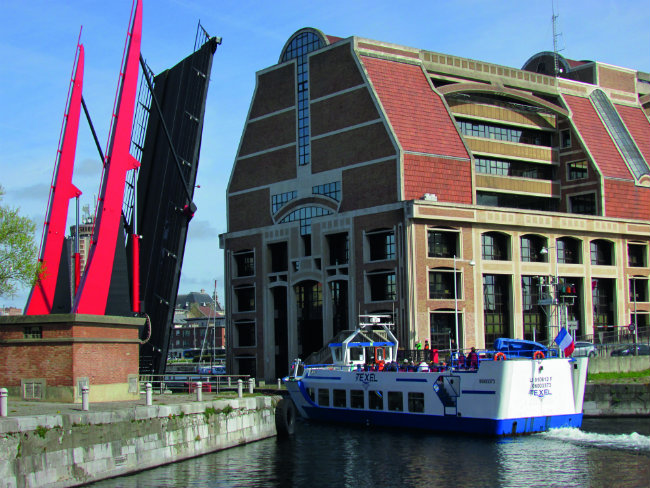 The end of the Harbour Tour. Photo: Gillian Thornton 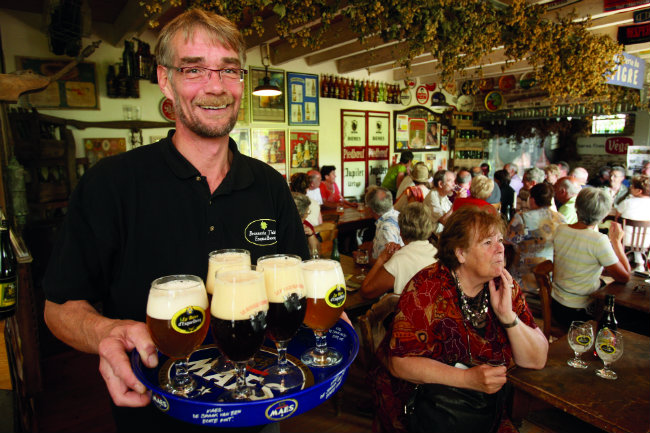 Dynamo Tours, info and bookings from the Tourist Information Centre. 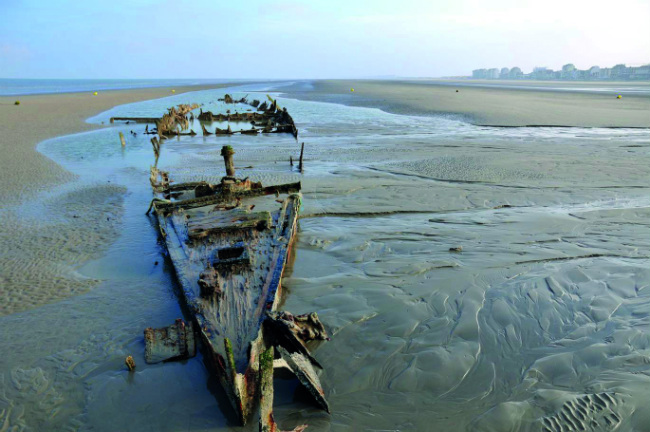 Low tide reveals the wreck of the Devonia

The small fortified town of Bergues was the location for another blockbuster movie that took France by storm. People in rural areas who had not been to a cinema in years travelled miles to their nearest picture house to see a gentle comedy entitled Bienvenue chez les Ch’tis, released in 2008. Dany Boon’s movie follows a post office manager from the south of France who falls foul of his superiors and is posted to the north, where, supposedly, the sun never shines, and the locals are known as Ch’tis because of the ‘sssh’ in their dialect. 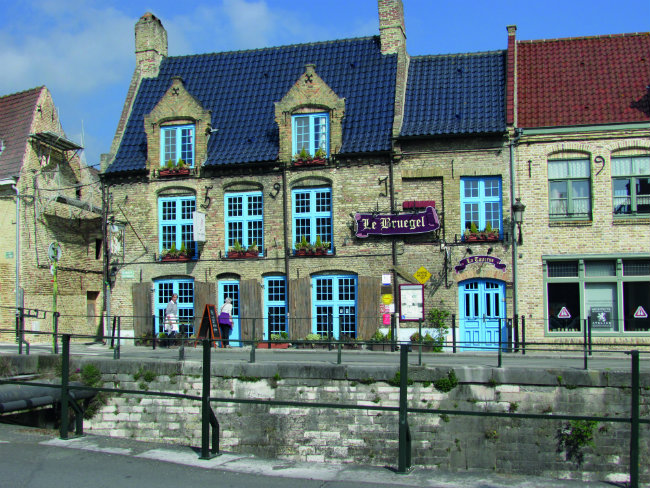 The film crew spent three weeks lming around Bergues’s historic streets, with a former police station standing in for the real post office. Look out for the plaque on the building near the canal or, better still, pre-book a tour from the Tourist Office to discover other locations, as well as some hilarious behind-the-scenes anecdotes.

But Boon wanted the film to be about the area and its people rather than Bergues itself, so many visitors are surprised to find the wealth of history in this gem of a town. Pick up the self-guided walking leaflets at the Tourist Office by the belfry to find out for yourself (Tel: +33 (0)3 28 68 71 06). 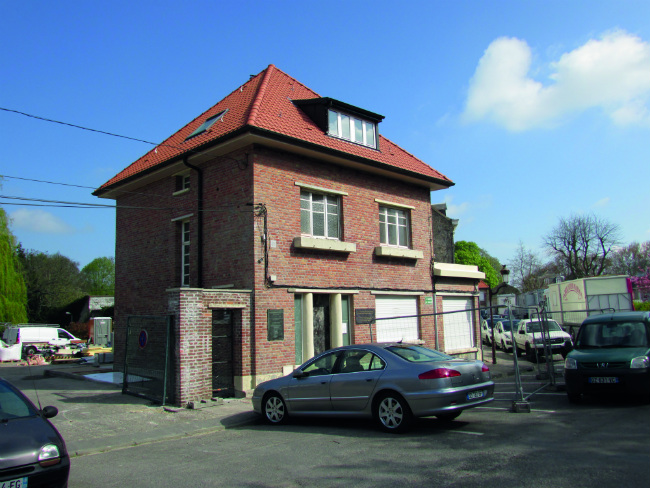 On the edge of Gravelines, a small team of enthusiasts are teaching traditional woodworking and shipbuilding skills to a new generation of young craftsmen, eventually hoping to create 100 jobs. Launched by hydrogeologist and keen scuba diver Christian Cardin, the Association Tourville is building a 17th-century man-of-war sailing vessel which they have named Le Jean Bart in honour of Dunkerque’s famous privateer.

Building began in 2002, the design based on plans generated by computer from a wrecked vessel found by Christian off La Hougue near Cherbourg. Visitors to Espace Tourville can see blacksmiths and carpenters at work, and stand on the lower deck of the growing vessel.The project is estimated to take another ten years, but it’s still a must-see for anyone who likes history, ships, or woodwork, as well as being an inspirational visit for sailing fans young and old. 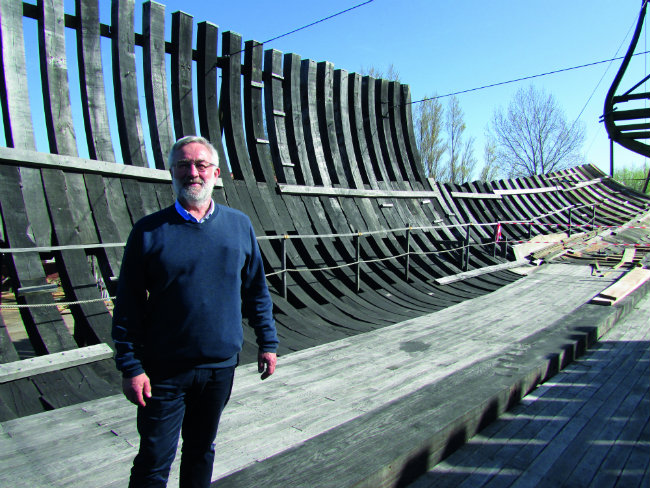