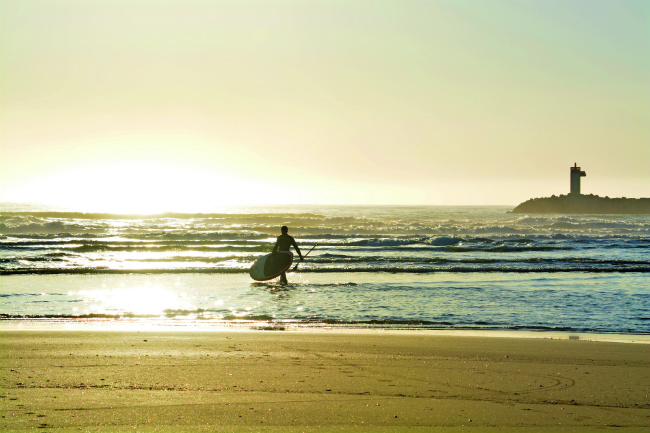 From the Rhône Delta almost down to the Spanish border, the coastline of Languedoc swoops in a parabolic curve, taking in some wonderful towns along the way: La Grande-Motte, Montpellier, Sète, Cap d’Agde, Béziers, Narbonne… There’s enough here to keep even the most ambitious travellers busy.

Hemmed in by the Pyrénées to the south, the Cévennes to the north, the Camargue to the east, and lapped by the warm waters of the Mediterranean, it’s a pretty special part of France, which explains why it has been variously colonised by Phoenicians, Greeks, Romans, Visigoths and Moors over the centuries. Descend upon Cap d’Agde on a Saturday night in August and you might be led to believe the Visigoths haven’t quite departed yet. 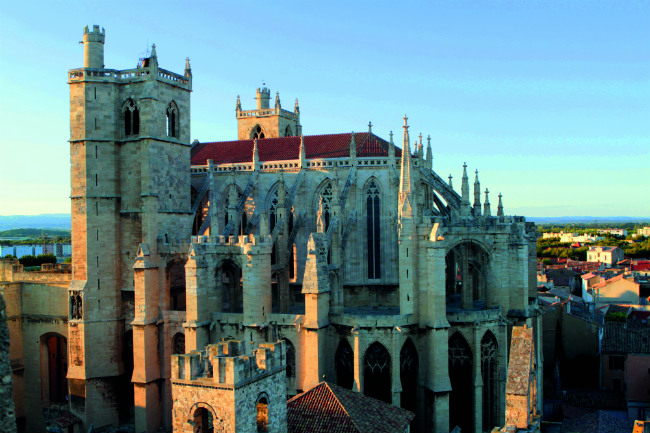 The climate plays a crucial role in the popularity of the Languedoc coast. As well as being one of the warmest regions of France, and the windiest, it’s also one of the driest, which is great if you’re heading for the myriad beaches. Down here, in Bas-Languedoc (as opposed to Haut-Languedoc, in the interior), spring comes early and summer regularly lasts well into November. It’s not unknown to see locals eating lunch on the terrace even in early December.

Languedoc – now part of the new Occitanie super-region – derives its name from langue d’oc, another name for Occitan, the language that used to be spoken all across the south of France. ‘Oc’ was their word for ‘yes’, while in the north people said ‘oil’. Hence ‘langue d’oc’ and ‘langue d’oil’. Not that you’d get much reaction nowadays if you used ‘oc’ to suggest the affirmative. Occitan still survives in pockets in the interior but mainly in remote rural communities. You might hear the odd superannuated farmer mumbling it to his sheep. There have been recent attempts to revive the language but it has no official status and is divided by competing dialects. 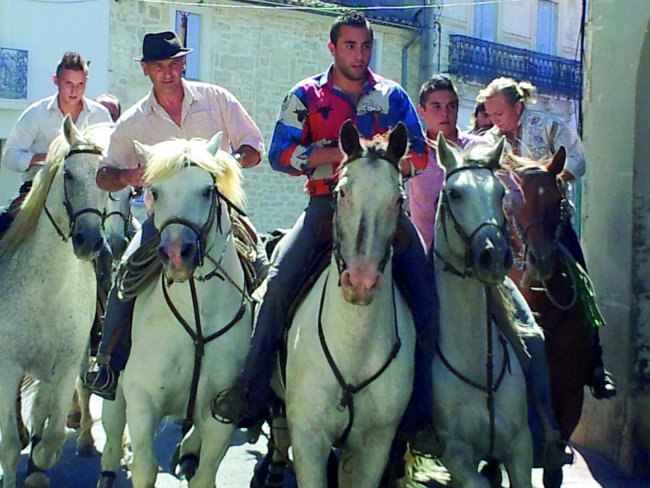 On the coast, however, with tourism such a crucial part of the economy, you’ll only hear standard French. The huge sweep of the Languedoc coastline starts in the north with the Gard Camargue – the western section of the Camargue. The majority of this huge expanse of sandy beaches, lagoons, reed beds, marshes and meadows (all comprising the delta of the River Rhône) lies across the border in Provence-Alpes-Côte d’Azur, but Languedoc enjoys its fair share, too. Here you’ll find wild flamingos, Camargue horses, Camargue cattle, and a vicious species of mosquito. Bird spotters, meanwhile, will love the nature reserve surrounding the Étang de Scamandre. 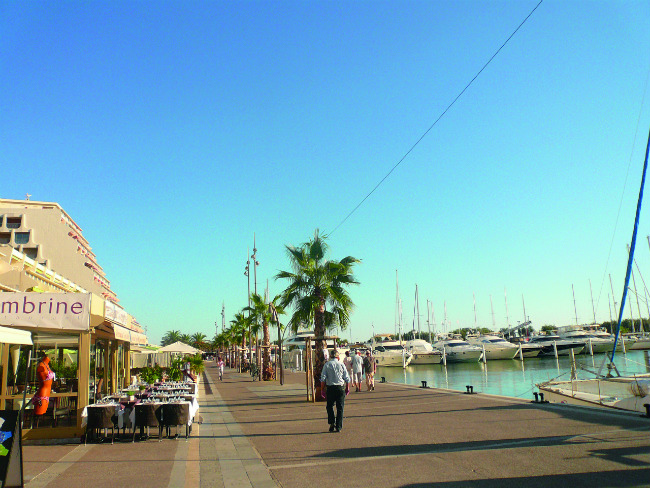 THE PINK WATERS OF GARD

Near the medieval town of Aigues-Mortes (worth a visit for its amazing towers, churches and ramparts – you can walk the latter) you’ll see salt workers cultivating enormous amounts of sea salt. The waters around Aigues-Mortes turn pink with algae as the concentration of salt increases. In late August the town stages the Fête de la Saint-Louis, an impressive historical reconstruction of King Louis IX’s departure for his Crusade in the Holy Land.

Elsewhere in the Gard Camargue, if you’re really lucky you might spot one of the traditional gardien cowboys astride a white horse, rounding up his cattle. Visit Beaucaire, a town on the banks of the Rhône, in late July, when the locals erupt into a magnificent festival of Camargue traditions, arts, crafts, night markets and horse parades. In fact, during the summer, many of the region’s villages stage their own festivals, with the famous Camargue bulls often taking centre stage.

Moving west along the Languedoc coast, it’s not long before you arrive at the city of Montpellier. This is the dominant conurbation here. With a population of more than a quarter of a million, it is rich in architecture (especially in the lovely old quarter) and buzzing with life thanks to its multicultural population and huge number of students. A great way to enjoy the city is to start at the enormous open square, Place de la Comédie. Buy yourself a Montpellier City Card (currently €13.50 for 24 hours, available through www.montpellier-france.com) and you’ll get unlimited travel on the city’s trams and buses, plus free or discounted entry to many museums and tourist sites. 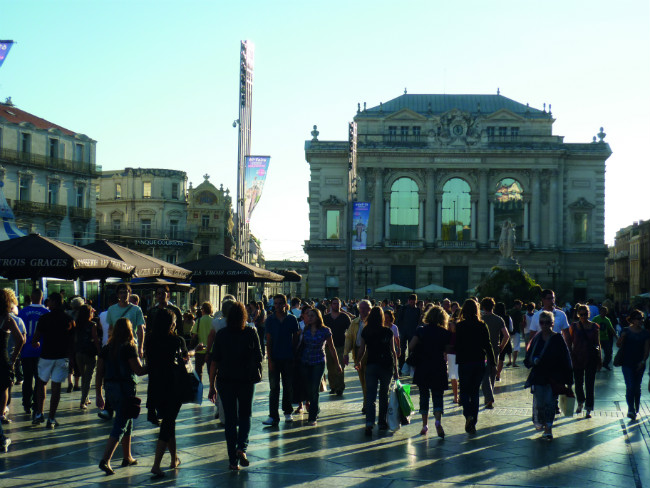 To get a real idea of Montpellier’s past you can take a tour of what are known as hôtels particuliers. Originally private mansions of the very wealthiest Montpelliérains, there are around 80 of these dotted around town, many with glorious doorways, courtyards, staircases, balconies and balustrades. The tourist office offers guided tours.

What about the new Montpellier? The Marché du Lez, in the southeast of the city, is a great place to start. A huge agglomeration of shops, artists, artisans, market stalls, restaurants, start-up businesses and exhibitors, it can’t fail to pique your interest as you wander around. “It’s a village within a city,” the brochure says. “A creative hotspot; a veritable bubbling of urban cultures and DIY; a place to have fun, feed your body and your soul, relax in the sun, share great times with friends and family, a place where you can take time to enjoy life.” 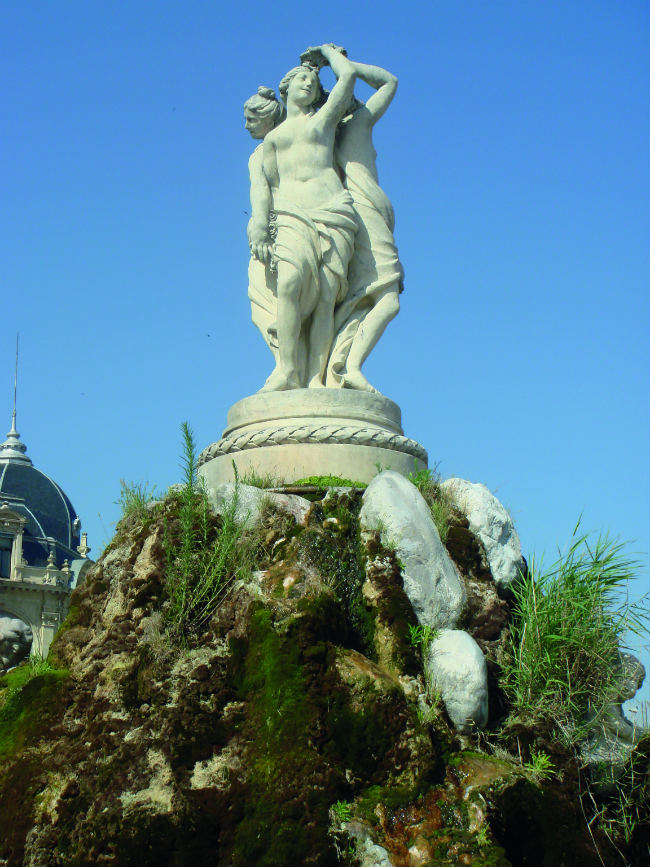 Not far southwest of Montpellier is Sète. They call it the ‘Little Venice of Languedoc’, which would certainly raise a few eyebrows among the Italians. To be fair, though, the town is criss-crossed by canals and marks the end of the 240km Canal du Midi, which stretches all the way to Toulouse. Thanks to its enormous fishing fleet, the seafood restaurants are superb. The tourist office offers tours around the fish auction (la criée), where you’ll get a rare glimpse of the method by which fish wiggle all the way from angler to chef. A great time to visit Sète is in August, when teams of nautical jousters take to their boats and knock each other into the waters of the harbour with huge jousting sticks. 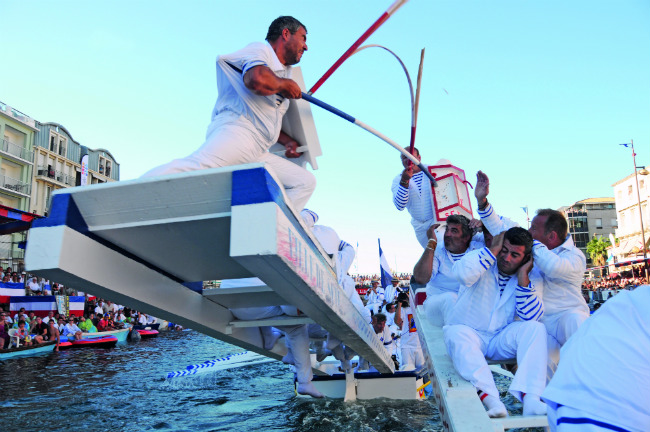 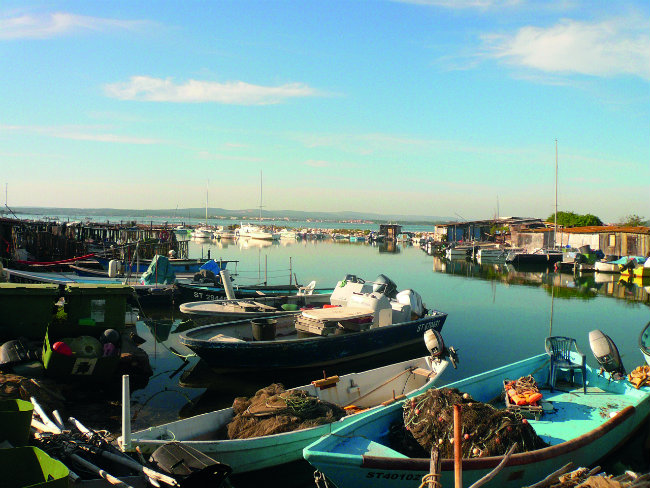 Drive southwest from Sète, along the thin coastal strip that separates the ocean from the enormous Bassin de Thau (considered by some the second largest lake in France, even though it’s very salty), and you quickly arrive in Agde. There are three Agdes, in fact: Vieux Agde is the original town on the banks of the River Hérault; Grau d’Agde is the fishing port; and then there’s the infamous Cap d’Agde. Here you’ll find huge sprawling beaches, anything-goes nudist colonies, and an enormous water park called Aqualand Cap d’Agde. Next stop as you round the coast is Béziers. No need to spend much time here unless you plan to explore the Canal du Midi, in which case you’re spoilt for choice. There are hundreds of boats available to hire ranging from short day trips to self-captained multi-day journeys along the entire length, 150 miles to Toulouse. It’s a wonderful way to discover the interior and, for most boats, you don’t need a licence. 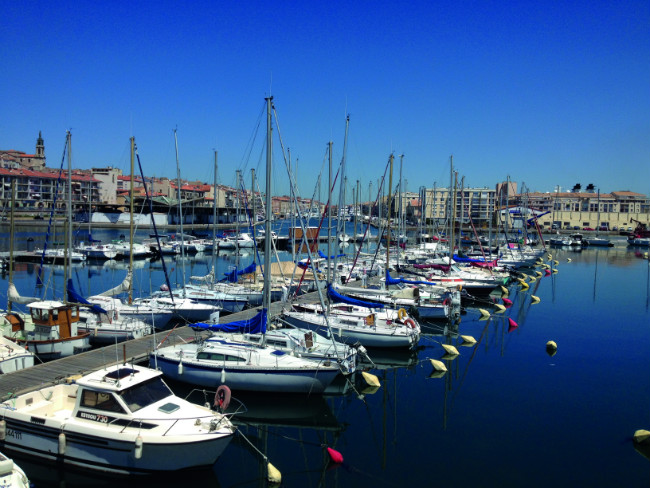 Built in the second half of the 17th century, during the reign of Louis XIV, the canal was a major feat of engineering which eventually linked the Mediterranean with the Atlantic (via the Garonne River in the west), avoiding the need to pass through the Straits of Gibraltar. Today it has 65 locks and rises to 189 metres above sea level. The man in charge of building it was Pierre-Paul Riquet (now immortalised by a statue in his home town of Béziers) who was 63 when he started but most inopportunely died the year before it was completed. You might say it killed him. It also took its toll on the 12,000 men and women who travailed for 15 years. But their labour was well worth it. By the middle of the 19th century it was transporting huge amounts of wheat, wine and over 100,000 human passengers every year. 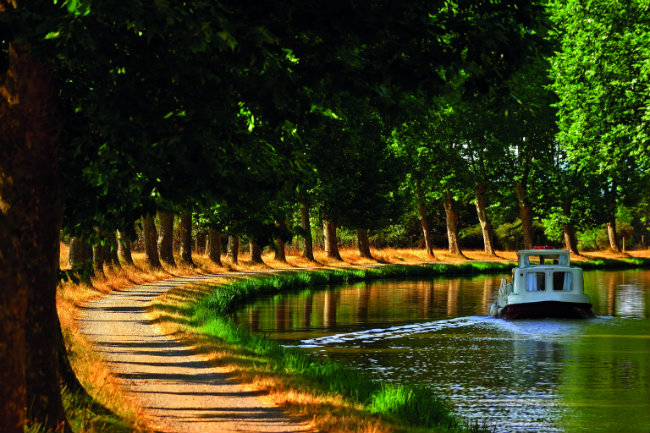 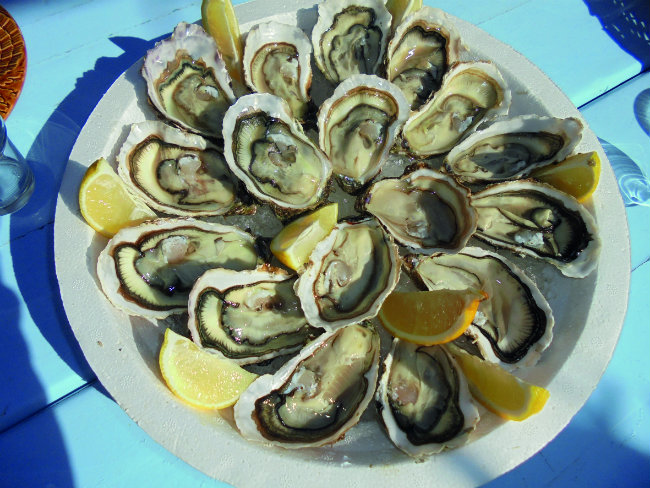 Talking of wine, the scale of production in this part of Languedoc is enormous. The long summers and mild winters make for perfect viticulture, as evidenced by the thousands of vineyards. Some of the coastal appellations include Fitou, Corbières and various Muscat varieties. Further inland you have Minervois, St-Chinian and Faugères. In between these higher quality appellations are hundreds of thousands of acres of vineyards producing the more medium-quality vins de Pays d’Oc. Then, much lower down the quality scale, are the light, red vins de table. These hail in enormous quantities from the vast, arid plains between Narbonne and Montpellier. 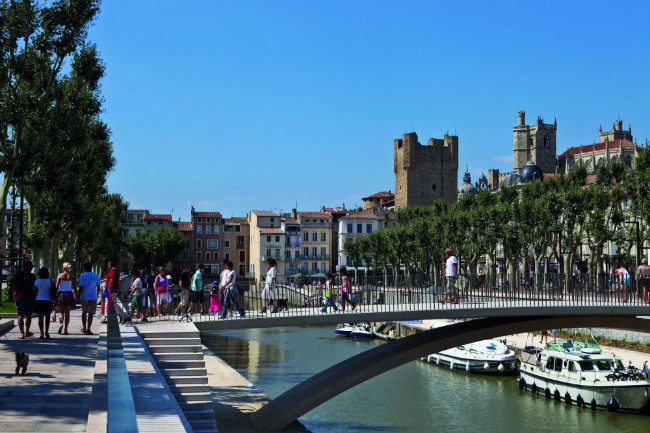 Cross these plains from north to south and you arrive in the old Roman city of Narbonne. Gallo-Roman history abounds here in the multiple museums housed within the Palais des Archevêques. Visit the Roman horreum (a former underground grain warehouse), the Cathédrale Saint-Just-et-Saint-Pasteur, and the remains of the Via Domitia (the ancient Roman road that linked Spain and Italy to Gaul). 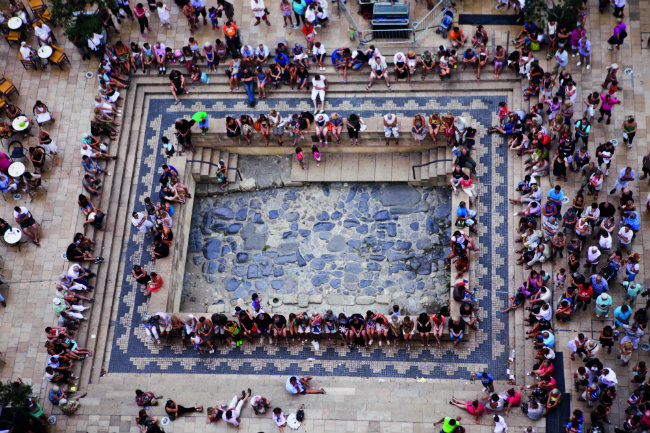 Tourists come to Narbonne to see the old Roman road of Via Domitia. Photo: Lisa Debande 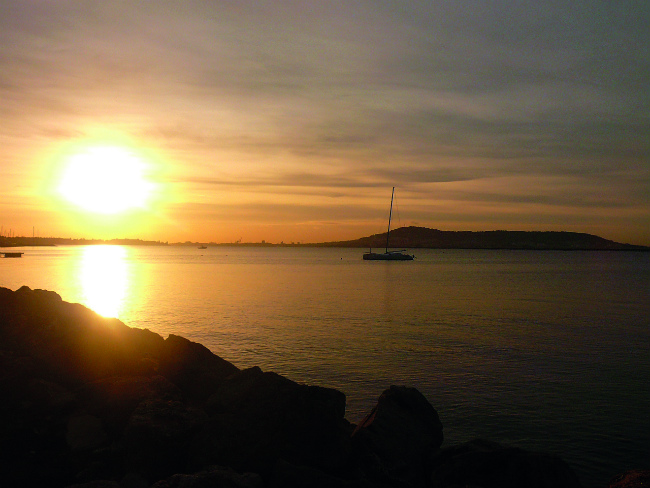 Continue south from Narbonne into Languedoc’s southernmost section and you’ll find yourself in the snappily titled Parc Naturel Régional de la Narbonnaise en Mediterranée. It covers around 80,000 hectares of lagoons, wetlands, beautiful beaches, pine forests and rocky massifs, with plenty of opportunity for outdoorsy types to do some real exploring. In fact you’ll probably spend most of your time outdoors on the Languedoc coast. Sooner or later you’re going to end up on one of the region’s myriad beaches. Some are fairly nondescript, others decidedly grotty or lined with monstrous concrete edifices. But do your research, and you will eventually find some of the most glorious beaches that France has to offer. Beaches with great restaurants and bars; isolated beaches with soft, golden sands and aromatic pine forests; naturist beaches where you can run about in your birthday suit; well-monitored beaches that are safe for small kids; and windy (often very windy) beaches that are ideal for kite- surfing and windsurfing – and that attract surfers from far and wide.

Whatever kind of beach you’re after, you’re sure to find something that will get you nodding your head and saying ‘Yes!’. Or, indeed, ‘Oc!’. 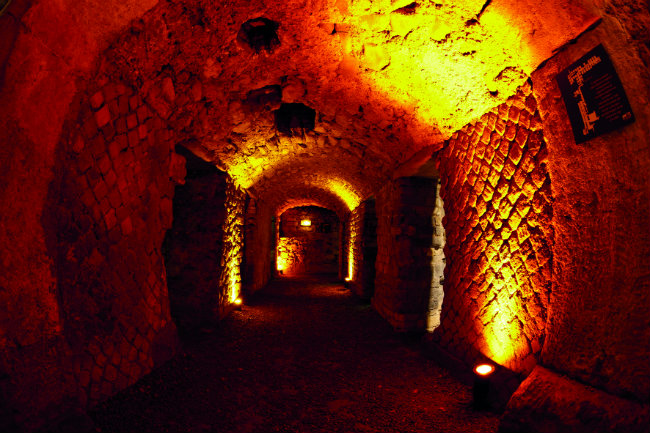 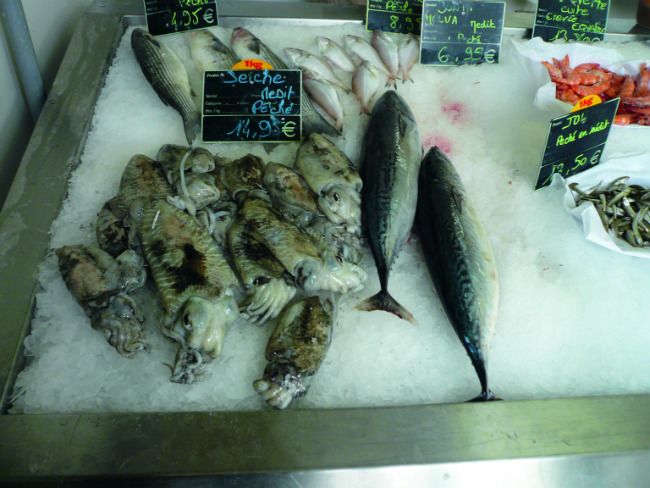 THE FOOD OF LANGUEDOC

Invaded and occupied by so many cultures over the centuries, the Languedoc coastal region now enjoys a veritable mish-mash of cultural in uences. There’s no single style of cuisine, so here’s a run down of the greatest hits…

Up in the Gard Camargue, you must try what’s known as la gardiane, a beef stew made from Camargue cattle and cooked in herbs and red wine, normally served with Camargue rice. What about brandade de Nîmes, a salt cod dish with milk and oil, or Aigues-Mortes fougasse – a delicious fluffy orange blossom cake – for dessert? Here you’ll also find tapenade made from Picholine olives, black truffles from the area around Uzès (best in January), tellines shellfish, Cévennes sweet onions, Cévennes sweet chestnuts, Nîmes strawberries and Pélardon goat’s cheese. 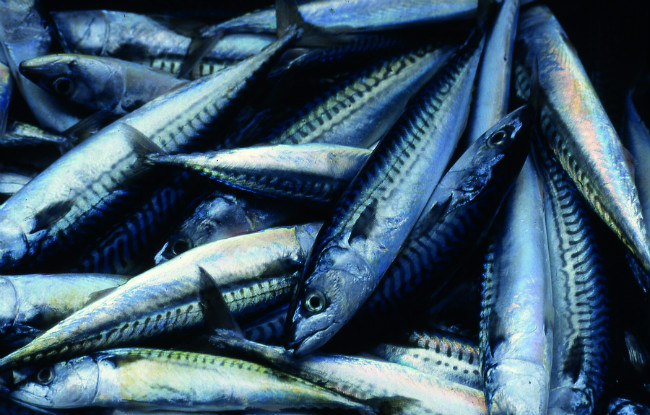 To wash all this down, you won’t lack for Languedoc wines. And don’t forget that the famous Perrier water bubbles to the surface near the town of Vergèze, slap bang between Nîmes and Montpellier.