Travel in Normandy: Treasures of the Seine Valley 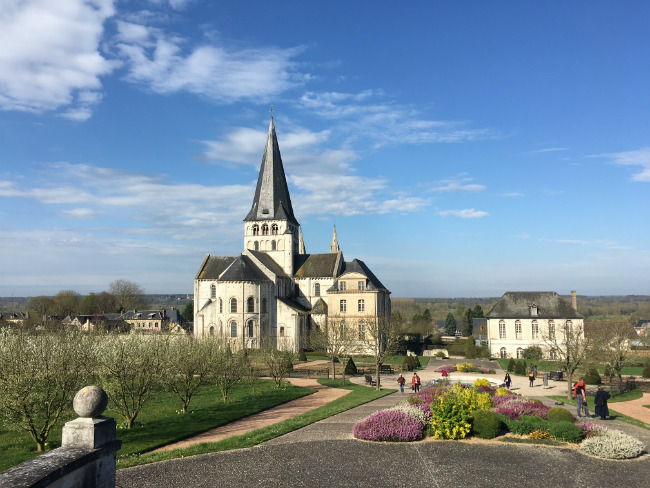 When you think of Normandy, do you think of the D-Day landing beaches and Mont Saint Michel? Or perhaps Rouen’s gothic cathedral, the Bayeux tapestry, Claude Monet’s garden at Giverny and the picturesque port of Honfleur? Indeed Normandy is world-famous for sites such as these– not to mention its generous, butter-rich cuisine. Less trumpeted as a destination– but equally as exciting– is the Seine Valley: a swath of countryside carved by the meandering, cliff-lined river.

Just outside Rouen, the Seine Valley has lured artists and authors for centuries, and today it makes for an inspiring immersion in nature and culture. You’ll discover medieval abbeys, Impressionist villages, a protected park (the Parc Naturel Régional des Boucles de la Seine), and the Château Gaillard, the medieval fortress built by Richard the Lionheart, perched on a cliff above the town of Les Andelys. After a recent jaunt through the region, here are our favorite finds. 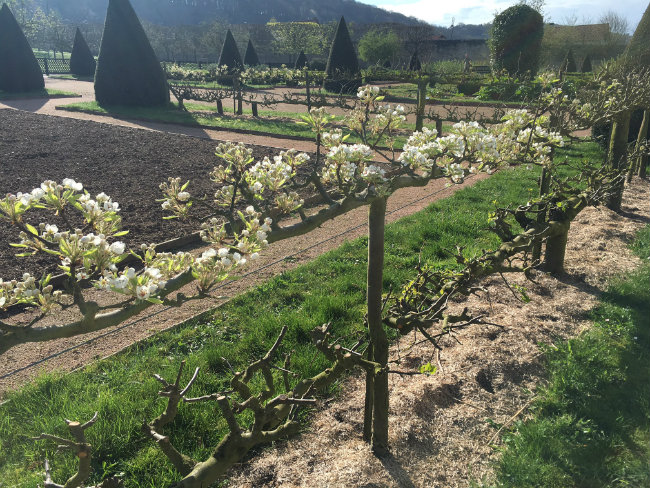 The Benedictine abbey of Saint-Georges de Boscherville (built in 1113) boasts one of the best preserved Romanesque churches in the region. The site has been a sacred place of worship for thousands of years; in the first century BC it was home to a pagan temple. (Christianization arrived early in the Rouen region– the 4th century.) Inside the abbey church, you’ll marvel at the sculptural figures carved at the tops of the limestone columns. Outside this architectural masterpiece, you’ll want to stay all day in the gardens. 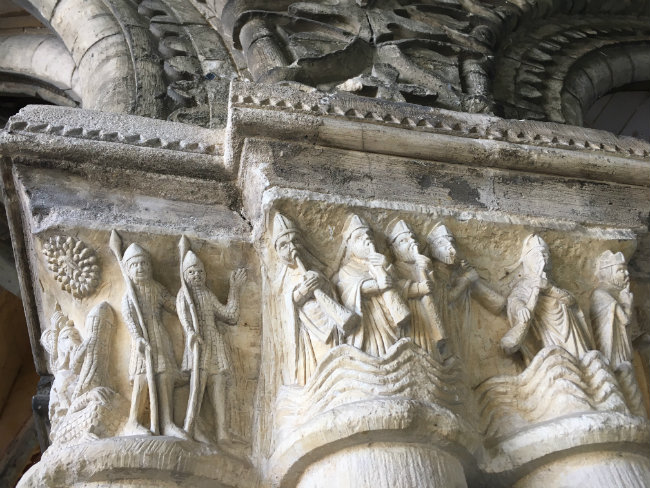 As a result of a massive restoration project in the 1980s, the gardens have been restored to their historic splendor. Famed landscape architect Louis Benech oversaw the reconstruction, which recreated the formal gardens as they appeared in the 17th century, thanks to depictions in archived documents (a book and watercolor engraving). There’s also a medieval garden planted with medicinal plants and herbs, keeping with tradition. A Renaissance-inspired maze, apple trees cultivated as vines, pruned boxwoods and geometric rows of heather… The gardens are an invitation to stroll through time and meditate as the monks once did.

Awarded the “Jardin remarquable” label, the abbey’s gardens also have a social calling, employing individuals with limited income as gardeners, in a back-to-work insertion programme.

From the Pavilion of the Winds, you can take in a view of the entire Seine Valley. Don’t miss the lovely boutique, where you can pick up a pot of honey from the beehives in the gardens.

The gardens of the Abbey Saint-Georges de Boscherville are open every day except Christmas day and January 1. Guided tours take place at 4 pm on weekends from April to October, and at 3 pm on Sundays from November to March. 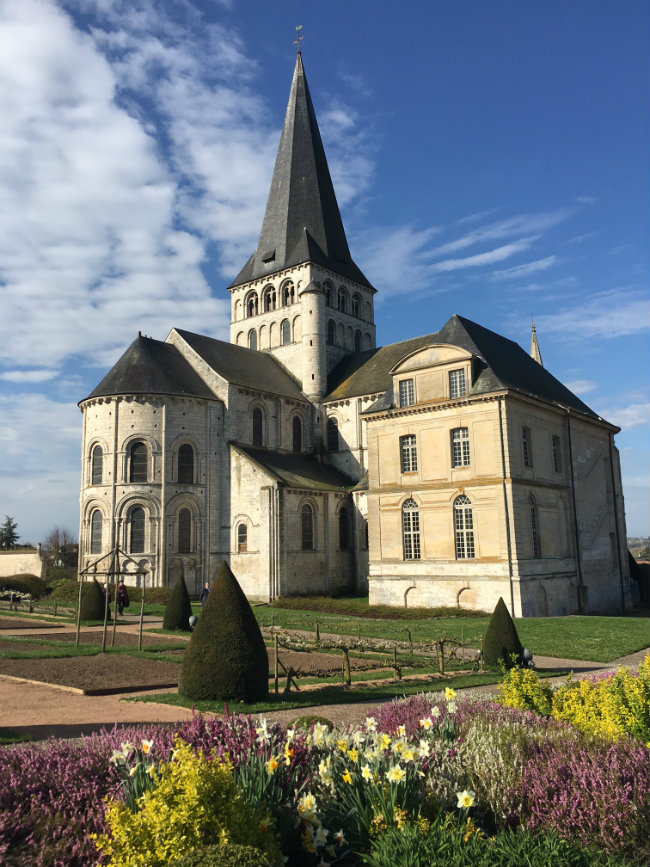 The region’s natural park (the Parc Naturel Régional des Boucles de la Seine) straddles the bends of the Seine. Of the numerous trails to discover, one of the loveliest is “la route des fruits” which showcases the fruit-producing trees so famous in the region. In fact, Normandy is planted with nine million apple trees, whose fruit are harvested for the famous cider and Calvados brandy. Covering 39 miles, the “fruit trail” connects Notre-Dame-de-Bliquetuit to the town of Duclair, by way of the Jumièges and Anneville-Ambourville loop. Passing abundant fruit orchards, the trail traverses the left and right banks of the Seine, which can be crossed by the small ferries which make the quick trip (less than a minute) regularly. Locals sell fruit directly from the gardens of their thatched-roof houses, steps from the river. 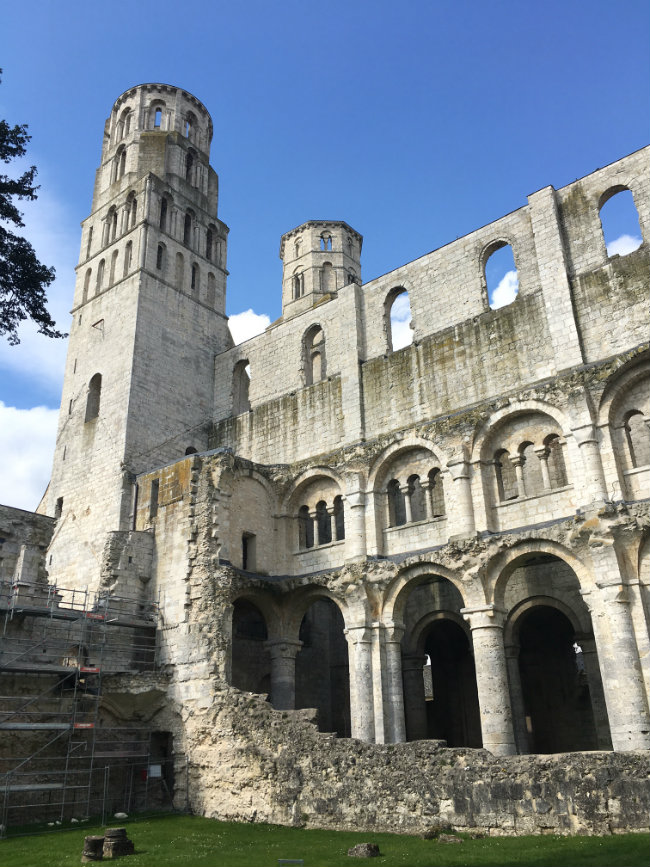 The “Loveliest Ruins in France”

Don’t miss what Victor Hugo described as “the loveliest ruins in France.” First founded by Saint Philibert in the 7th century, and plagued by multiple Viking invasions in successive centuries, the Abbaye de Jumièges was inaugurated by William the Conqueror. The soaring structure was left as a skeleton after the French Revolution, as its stones were mined for construction of neighbouring houses. Today you can stroll through the site with the aid of an iPad which provides 3D reconstructed images; as you move the iPad, the screen depicts how that exact geographic location appeared in ancient times. 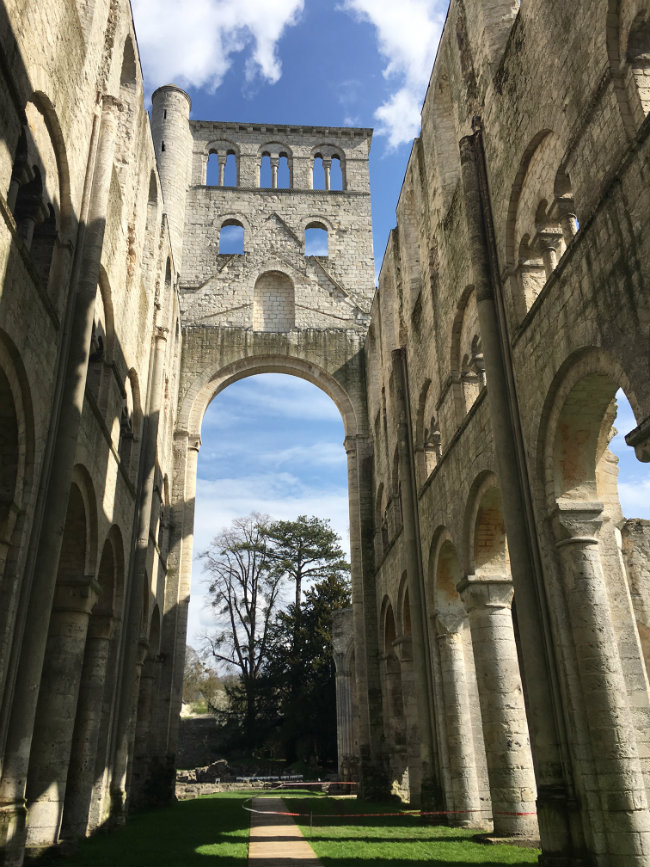 Just next to the Abbaye de Jumièges, there’s a wonderful place to eat called L’Auberge des Ruines. Chef Christophe Mauduit is passionate about the region’s terroir and he makes ample use of Normandy’s rich larder. Seventy percent of his kitchen’s ingredients are sourced from local producers. Sometimes he cooks with wild vegetables and herbs foraged from the nearby natural park. 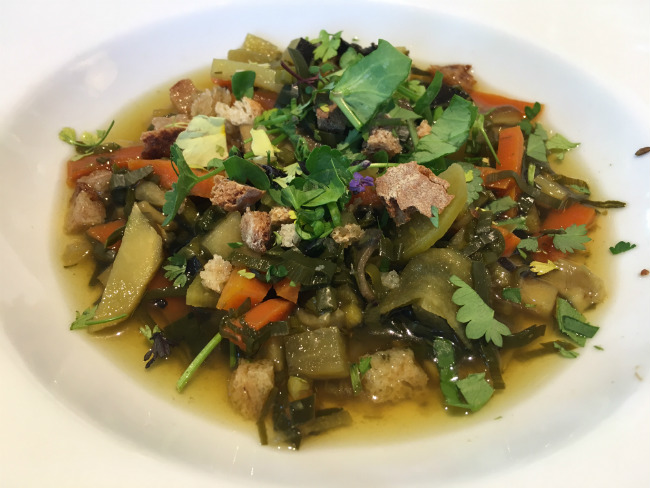 Mauduit worked closely with the Abbaye’s historian to recreate a medieval menu which accurately mimics what was eaten at the time of William the Conqueror. Sample a vegetable soup brimming with mushrooms, carrots, radishes, leeks and turnips, followed by a duck hot pot. Note: This medieval menu must be ordered in advance. It’s also possible to take advantage of a special offer which combines the medieval lunch followed by a tour of the abbey (via iPad). Price is 26 euros. Available on Saturdays with prior booking through the Rouen and Normandy Tourism Congress : [email protected], www.rouentourisme.com 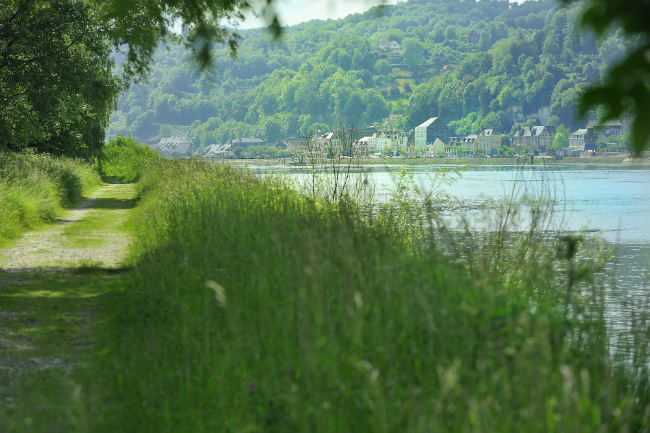 Normandy is the birthplace of the Impressionism art movement, and the village of La Bouille—sometimes called “Little Honfleur” by visiting weekenders—was famously painted by Alfred Sisley. Stroll through the lanes, lined by half-timbered houses, and along the riverbank, where reproductions of his paintings depict the scene of Sisley’s open-air artistry. 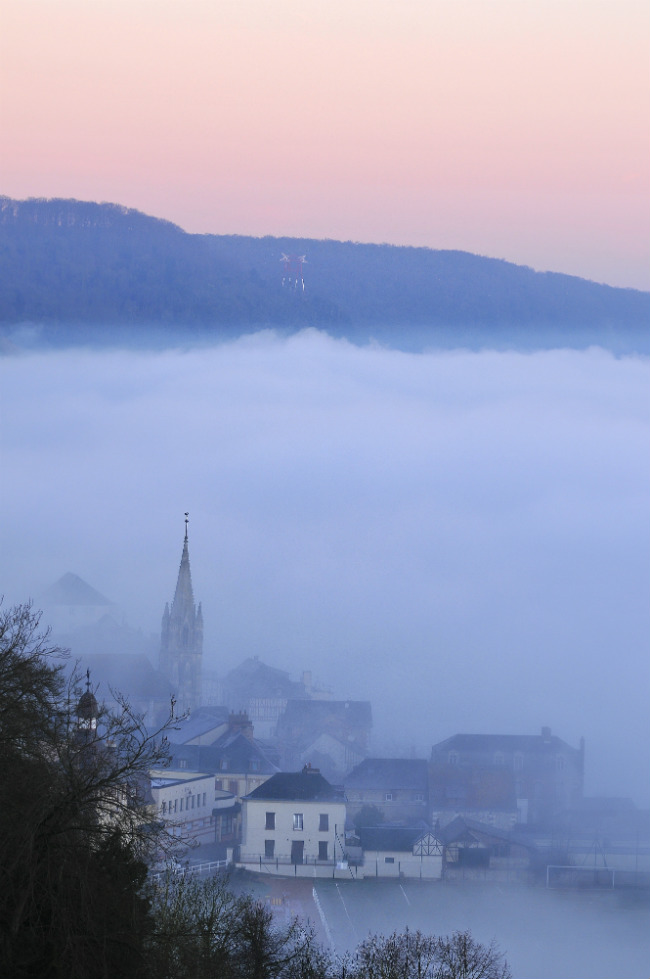