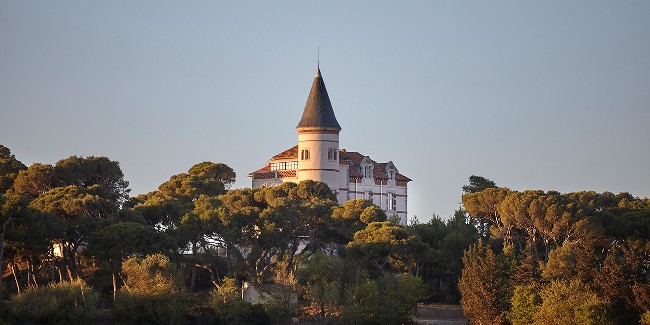 Often considered the ‘secret Mediterranean,’ France’s Languedoc region, including the culturally rich cities of Narbonne and Montpellier, offers a scenic coastline amidst acres of bucolic landscapes. Within such an unspoilt setting sits a centuries-old wine estate. Complete with a neo-gothic chateau along with 44 hilltop villas, Château Capitoul blends agricultural heritage with contemporary refinement.

The spring following the property’s September 2021 opening, we settled into one of the eight stylish rooms in the 19th-century chateau and began our countryside sojourn. From the windows, a tapestry of vineyards covered the 240-acre estate leading to the neighbouring villas. Some as large as 220m2 boasting private pools made for the perfect self-catered family refuge. My plans were focused on well-being as I took the winding stone stairwell down to the intimate Cinq Mondes spa for a rejuvenating massage. Following an hour of sensorial bliss, I sank into the bubbling jacuzzi and heated pool – skipping the 30m outdoor infinity pool – while my husband explored the landscape by bike. The maze of paths weaving through the estate made bicycling the transportation mode of choice at Château Capitoul, along with a ride in the golf carts. Meanwhile, the blossoming Mediterranean gardens curated by world-renowned landscape designer James Basson could best be enjoyed on foot. 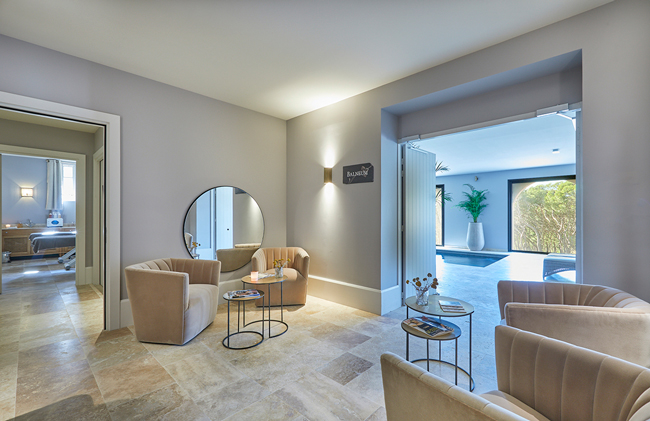 With two distinctive restaurants to choose from, there’s no reason to leave the property for a taste of the Languedoc. Our first feast was at the inviting bistro Asado, where a vast terrace overlooking the vines invites for a late lunch accompanied by the sun. Named for the wood ovens used to grill the assortment of meat, fish and vegetable plates, the space was formerly a barrel room. One glance at the estate’s own wine selection confirms its dedication to the harvest. The award-winning La Clape appellation includes reds composed of Grenache, Mourvèdre and Syrah grape varieties, while Bourboulenc makes up at least 40% of the floral and fruity whites. Naturally, we had a sip of both. Select reds and whites from Vignobles Bonfils, a major player in making Languedoc Roussillon a land of elite wines, also merited a tasting. 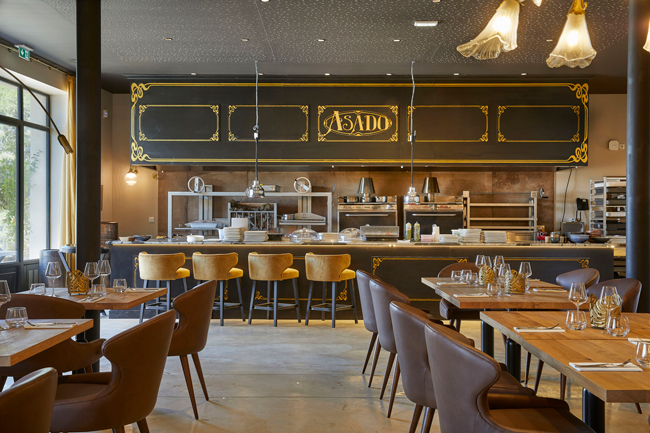 Within the historic chateau, the gastronomic restaurant Méditerranéo sets a more formal scene, seating only 30. We eagerly occupied an elegantly adorned table for two. Helmed by chef Valère Diochet under the guidance of two-starred chef Lionel Giraud, distinctly pan-Mediterranean plates of seasonal produce steal the show. Diochet’s five- and seven-course menus composed of courses from both land and sea, surprise and delight the senses, while a well-curated wine pairing complements each artful plate. Our review was stellar. 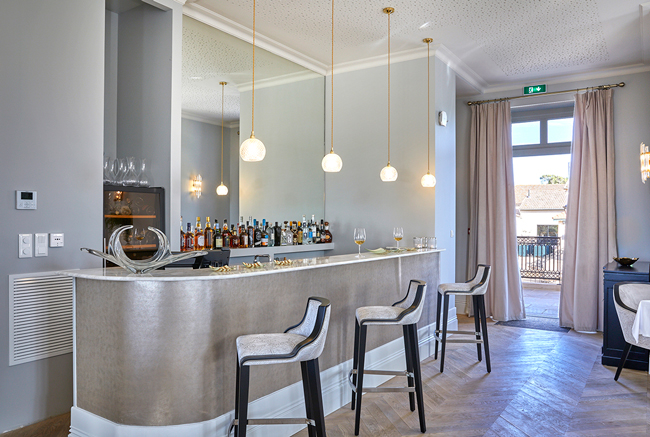 On the short ride back to Narbonne, we promised ourselves another visit to Château Capitoul, an estate that so graciously shares the riches of Languedoc.