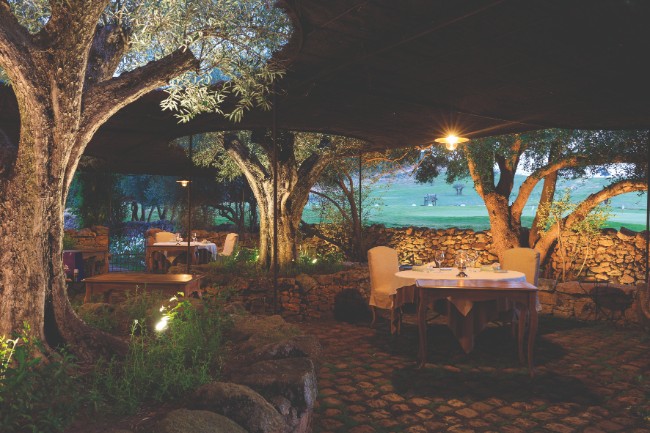 With a spectacular setting in southern Corsica – a 4,900-acre seaside estate that straddles the Ortolo river – the Domaine de Murtoli is one of the most magnificent places to stay in France. It was created by owner Paul Canarelli and his wife Valérie, when Paul inherited the property from his grandfather in 1993 and had the idea of renovating the abandoned bergeries (the stone houses where sheep were once kept) into stylishly rustic accommodations that include well-equipped working kitchens and individual swimming pools for anyone who cannot bestir themselves to go the property’s spectacular white sand beach. By converting the estate into a hotel combined with a working farm, Canarelli assured that its beautiful unspoiled landscapes could be preserved for generations to come.

In addition to cooking for themselves (patrons are invited to pick their own vegetables on the farm and can also order fresh seafood, veal and other local produce to be delivered to their bergeries), guests here have four excellent dining-out options, one of which is open to travellers who are not staying at the hotel: La Table de la Ferme, where Parisian chef Mathieu Pacaud signs the dinner-only menu from May through to September. 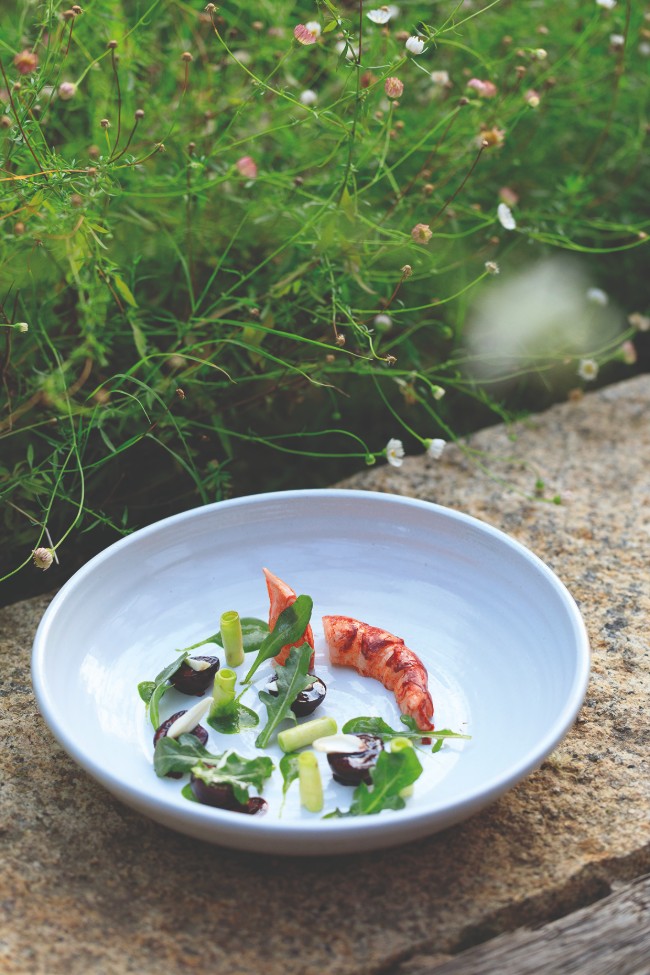 Pacaud, who runs Le Divellec, a well-known Left Bank fish restaurant, and Apicius in the 8th arrondissement, is the son of chef Bernard Pacaud, who holds three Michelin stars at L’Ambroisie in the Place des Vosges. The younger Pacaud’s mother is Corsican, so he has a deep knowledge of the island and its produce, and his seasonal menu seeks to highlight the produce of the Domaine de Murtoli’s farms and pastures, along with freshly-landed local seafood.

The menu varies, but an exceptionally good recent meal here began with starters of roasted Corsican langoustines and a superb Corsican vegetable soup with 12 different herbs. It continued with grilled locally-landed red mullet with saffron from a nearby farm and succulent Bresse chicken cooked with herbs from the surrounding maquis, which is what the Corsicans call the carpet of fragrant wild herbs, including rosemary, thyme, myrtle and mint, that covers much of the island. 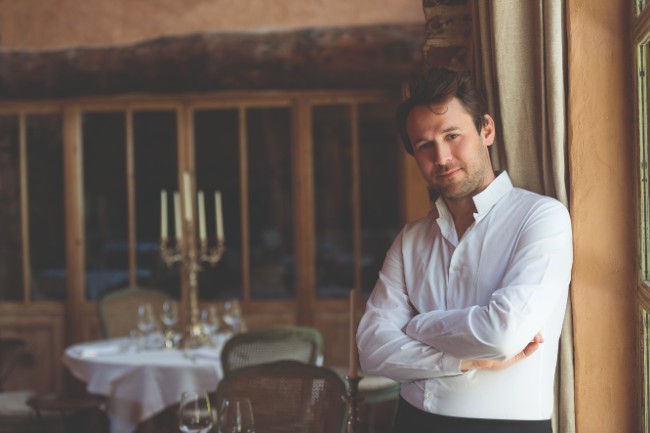 Peach melba with lemon verbena sorbet was the ideal dessert to conclude this fine meal – made memorable by the way in which Pacaud sublimates the remarkable local produce without overwhelming its distinctive natural flavours or losing the rusticity that’s at the heart of the very best Corsican cooking.

Previous Article French Film Reviews: Un Amour Impossible
Next Article A Day in Vincennes, at the Eastern Edge of Paris