Where to Stay and Eat in the Eure Department 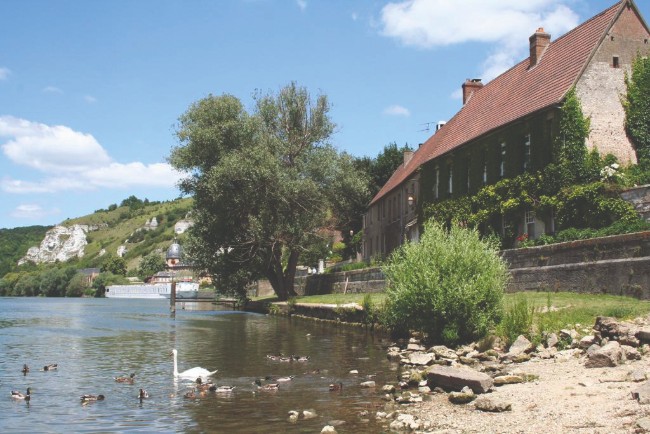 Our selection of the best accommodation and dining

Aude and Grégoire’s passion for old buildings is reflected in the restoration of their 16th-century home, where the couple have renovated four bright rooms. Using authentic paint finishes, antiques, family linen and treasures, along with refined decorative touches, they have created an impression of comfort and charm.

Just a short stroll from chez Monet, this recently-renovated late-19th- century manor house is the perfect place from which to discover the delights of Giverny. And with La Musardière’s restaurant presided over by chef David Gallienne (who also fronts the Jardin des Plumes, another local favourite), you can expect inventive food. Try the deconstructed lamb tagine, perhaps followed by the chocolate fondant avec caramel.

This is a real home from home in the centre of Bernay. Choose from two comfortable double rooms with en-suite bathrooms, or there’s a family-sized apartment with its own entrance. A good breakfast around the kitchen table will set you up for the day.

Luxuriously sleek, this charming hotel-restaurant with its crisp-white façade and black shutters sits on the banks of the river Eure in pretty Pacy-sur-Eure. The property has recently been renovated and a stay here will be one to remember, as will the seasonal, locally-grown products featured on the restaurant’s menu.

Relax and enjoy yourself at this hotel-spa in pretty Lyons-la-Forêt. In the restaurant, you can marvel at the remarkable Napoleon-era military antiques on show as you tuck into the excellent food. 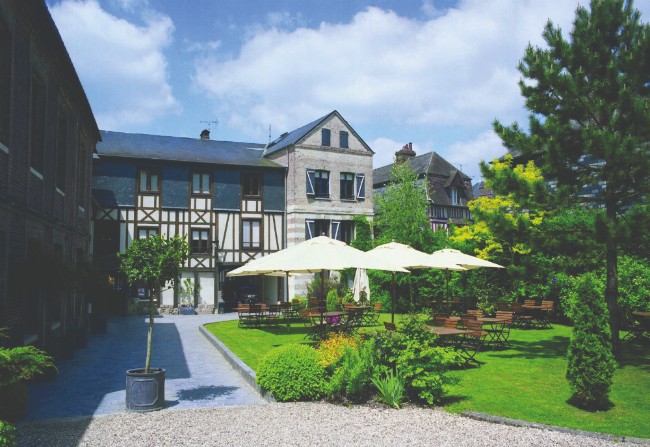 Perched on the banks of the Charentonne river not far from the historic town of Bernay, this 16th-century converted mill has six newly-refurbished rooms and is home to a popular restaurant with a Michelin-starred chef at its helm.

Head to Les Andelys for a treat in this Seine-side hotel-restaurant. Specialities include risotto and veal with polenta – oh, and don’t miss the apple pie flambéed with Calvados.

Though we’re not, strictly speaking, in crêpe country, we couldn’t leave out this busy crêperie based in beautiful Bernay. The Nutella-filled crêpe is a sight to behold. There are plenty of other options on the menu is if pancakes aren’t your thing though.

Eat, drink and be merry in this no-fuss brasserie at the centre of Giverny, once frequented by Monet and his chums. Eat out on the terrace and soak up the views. The food is simple and good and the waiters attentive.

This bistro is tucked down a side street off the main rue Thiers in medieval Bernay. The food is traditional and very tasty – if you can t in a pudding, the apple and raspberry crumble is sublime!

Dine in style beneath the abbey’s tower in the centre of Le Bec-Hellouin in this bright, modern bistro. Expect rich creamy sauces, local vegetables, seafood, and top-notch desserts that you might not have room for.

Hidden away in a traditional half-timbered Norman manoir near Saint-Étienne-du-Vauvray, this eatery is worth hunting out. Get a seat on the terrace and enjoy the countryside views, complete with free-range ducks.

Previous Article Oeuf Mayonnaise: All It’s Cracked up to Be
Next Article Interview with Filmmaker Valeria Bruni Tedeschi

Claire Vaughan has travelled around France extensively-- and loves all things French, especially the food. She has written travel and property features on the country for various publications, including FrenchEntrée, French Holiday Inspirations and A Place in the Sun.