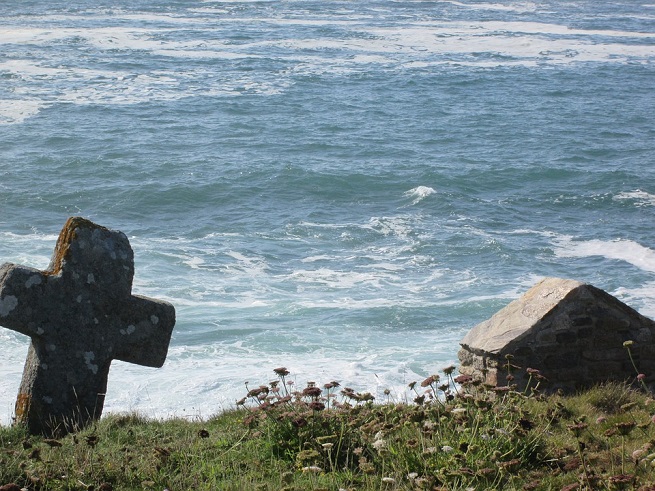 Brittany and the sea

Breton fishermen, whether involved in coastal fishing, deep sea fishing, factory fishing or fishing for shellfish, have succeeded in adapting their trade and diversifying their products over the years. Small scale coastal fishing is the lifeblood of many of the smaller Breton ports. Small boats are used, staying out for a day or perhaps less than four hours between tides.

Oyster and mussel farming are also widespread
activities. Oysters are cultivated in both north and south Brittany. The cultivation of mussels on “bouchots” (special hurdles) is practised primarily in north Brittany.

Lorient, Brest, Saint-Malo and Roscoff are the major commercial ports in Brittany, with traffic in excess of 500 000 tonnes being handled at each of them every year. Some small Breton fishing ports are famous for their specialities: the ports of the Pays Bigouden for langoustines, Concarneau for tuna, the port of Erquy, inthe Bay of Saint-Brieuc is famed for its Coquille Saint Jacques.

Auctions of freshly landed fish are held at the fishing ports. The auctioneer, the intermediary
between the fisherman and the buyer, states the species, the weight, the size and the quantity of lots. The buyers, wholesalers, react depending on the local economic climate, the tonnages landed at other ports, quantities imported, etc. Once open to everyone, the auctions are now increasingly being reserved to professionals. When they do remain open to early morning visitors, it pays to be discreet. For example, the Saint-Malo auction is open to the public. Héliotika, the Sea Fishing Discovery Centre at Guilvinec, organises guided visits of the fish auction.

Seaweed gatherers are sailors/fishermen specialising in the harvesting of seaweed. This very ancient trade is a tradition along the north coast of Finistère, a region with an abundance of seaweed. The gatherers collect the seaweed left on the beaches, or go out to sea on boats equipped with “scoubidous”, motorised mincing machines that chop up the seaweed. The harvest is landed at Lanildut, Europe’s main seaweed port. The algae are then dried and processed for use in the food and cosmetics industries.

The old rigged ships, originally designed for fishing or plying the coastal trade, are now used for tourism. The weight, shape and types of sails on these old vessels were adapted to the local fishing conditions. Thus a distinction can be made between sardine longboats, Cancale fishing smacks, tuna dundees, langouste sloops, Paimpol schooners… Today some have been restored or reproduced faithfully, such as the Cancalaise, the Reder Mor, the Recouvrance. These old rigged ships are feted during gatherings of traditional sailing vessels, such as that in Brest where every four years, the most beautiful rigged sailing ships from Brittany and the entire world are gathered together.

Located in the walled city of Concarneau, and covering an area of 1500 m2, the Fishing Museum illustrates the history and techniques of fishing worldwide. From prehistoric times to the present day, the Museum describes, presents and explains the use and operation of fishing boats and equipment from every sea on the planet. There is also an exhibition on shipbuilding and fish preservation methods. The aim is to preserve and valorise the maritime heritage. The Museum has become a real centre for information and documentation. The Fishing Museum is also the first floating museum in France, where visitors can board an authentic deep sea trawler, the Hémérica.

Haliotika, Centre for the Discovery of Sea
Fishing,
Le Guilvinec

Paimpol Museum of the Sea

Previous Article The Route of Richard the Lion Heart
Next Article Neolithic Brittany: The Mystery of the Megaliths