Sarkozy, the Financial Crisis, and the Socialist Party 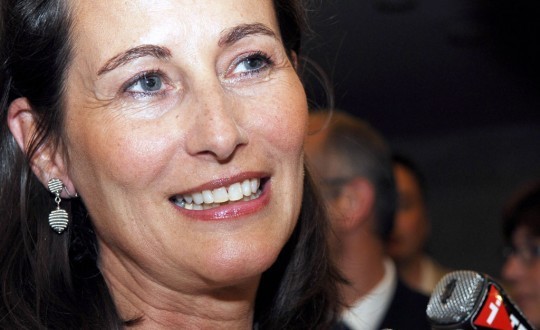 Originally published in France-Amérique on October 30, 2008

Translated from the French by Anna Wainwright

On the front page in France this week: Job ratings for President Sarkozy; magistrates rebelled against their ruling minister; and Rachida Dati and the last preparations before the Reims Congress, which will determine who next takes the reins of the Socialist Party.

As the stock market continued to plunge and soar, the financial crisis became more pronounced every day this week, requiring further political action. Nicolas Sarkozy understood this, and launched a radical social program quite at odds with his campaign promises. In a speech he gave in Rethel, the president announced the creation of 100,000 subventions, or lower taxes, in order to stimulate French employment. “These measures, which do not answer the actual needs of the market but rather respond to an artificial demand, are clearly not the preferred course of action for the Head of State, nor for Francois Fillon. The limits to their effectiveness are known and have been proven countless times,” Le Figaro, a publication that has hardly defended the new direction of the president, commented. “In exceptional situations, principles are sometimes tossed aside,” the conservative daily noted. This turnaround on Sarkozy’s part seemed to amuse Le Monde: “Necessity knows no law: faced with a crisis that affects the automobile industry, the real estate market, the workforce, faced with unemployment rising, the primary concern of the French, the president is going to do whatever it takes. Cost doesn’t matter,” the newspaper proclaimed in an editorial. “Contradictions, 180 degree-shifts in direction, deceptions on the left. Is the right secretly worried? Nicolas Sarkozy can’t win. He is well aware that the French population will judge his presidency on how he handles this crisis.” Libération cantilevered between the two positions, and found fault with the announcement: “This move will create new numbers and plug some holes, but will put financial professionals in an awkward position: nothing is more pernicious in the integration of the workforce than the politics of stop and go. But what does that matter, because ‘he’s done it!’…Is this move, however, a true ideological shift, as we are hearing? Nothing could be less sure. Because behind these emergency socialistic measures meant to calm the state of things, the free market remains in control…” Sarkozy now has to follow through on a political promise in which he does not seem to believe.

Spared star headlines by the financial crisis, the French courts are themselves submerged in a crisis that has been threatening to erupt for some time. The cause: the growing opposition of magistrates to their ruling minister, Rachida Dati. “We are not functionaries and the general prosecutors are not prefects. However, the Keeper of the Seals (the Minister of Justice) believes that all magistrates have to obey her every dictum” summarized Olivier Guerrin, a Cour de Cassation magistrate, in an interview with Le Monde. Numerous magistrates protested against the pressures of the Ministry of Justice, and also against the growing dehumanization of the judiciary machine. The revolt was so extreme that even Sarkozy was pushed to intervene. According to Libération, Rachida Dati is a victim of her own political inexperience. Le Figaro defended the minister against the magistrates: “The hostility expressed by the magistrates against their minister is due as much to psychology as to profound disagreement. The reality is that the magistrates are opposed to any reform that would affect them. The Outreau scandal has been forgotten.”

The last headline of the week will be resolved next week. The American election? No, of course not.  The Socialist Party’s convention in Reims is November 6, and a new head will be chosen. The race is tight, but the subject does not seem to interest the French. The candidates: Bertrand Delanoë, the mayor of Paris; Ségolène Royal, the former presidential candidate; Martine Aubry, the Minister of Employment under Lionel Jospin; and Benoît Hamon, a representative from the Left of the Party. “Reims could become a psychodrama, as Rennes did in 1990,” Michel Noblecourt wrote in Le Monde. “If no one pulls ahead on November 6, there is sure to be a crisis.” Doing their part, Le Figaro described a battle in which the socialists would try to outdo each other trying to prove who was the most left.  For once, Libération was on the same page as its conservative competitor. “The financial crisis has changed the lines on the Left…the socialist leaders hold a great historic responsibility. It is uncertain whether they understand that responsibility.” There will be at least one suspenseful election next week.

Number of the week: 280 million euros. The cost of the new Air Force One, as estimated in the 2009-2014 American military budget. “Nicolas Sarkozy has often expressed the desire to have his own Air Force One,” recalled Libération, “and therefore the French Air Force will be purchasing an Airbus currently operated by Air Caraibes.” The new aircraft will be used to transport the president of the Republic, as well as for other government dignitaries.

Person of the week: Nicolas Sarkozy. Or rather, his effigy: the appearance into the marketplace of a voodoo doll in the image of the president provoked the ire of the Elysée, who took the makers of the doll to court in vain. “This is the first time the president of the French republic has lost a trial trying to protect his image,” noted Le Figaro. “In their judgment, the court ruled that the doll and the accompanying voodoo manual were ‘a lighthearted creation.'” The voodoo doll is therefore still for sale in France, along with one of Ségolène Royal.