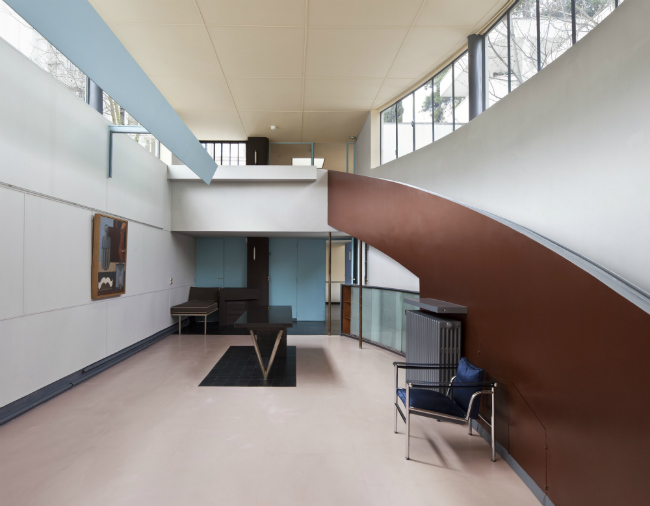 Did you know that in Paris it’s possible to visit a Le Corbusier building, newly classified in 2016 as a UNESCO World Heritage site?

Tucked away among the golden 19th century facades of the tony 16th arrondissement, the Maison La Roche is a striking example of modern architecture by none other than famed architect Le Corbusier. A quiet alleyway, verdant with vegetation, leads back to the building, which is now the headquarters of Le Corbusier Foundation. Maison La Roche was built between 1923-1925 by Le Corbusier and Pierre Jeanneret for a wealthy art collector friend, and today stands as one of the iconic experimental houses designed by Le Corbusier in the Paris vicinity. 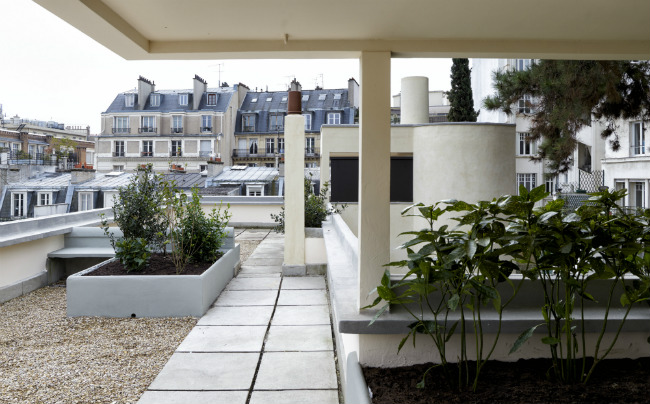 A visit to this extraordinary maison is a must for culture vultures and architecture buffs. Located at the end of a cul de sac, it was a challenging, north-facing site on a small plot of land—with complicated neighborhood regulations. The resulting building showcases an ingenius rethinking of space. Even on a cloudy day, you’ll notice that the interior spaces are filled with natural light. There are a number of noteworthy features: the free façade; a soaring entrance hall showcasing a cross-section of the house on three levels; a cut-out space for a neighbor’s tree inside the house; horizontal windows; and a ramp, instead of stairs, which ascends the length of the Gallery. There’s even a rooftop garden.

This seminal work would establish the reputation of the avant-garde architect. The house– actually two connected adjacent maisons— was fully restored in 2015.

We highly recommend the guided tours, which take place in English on Tuesdays and Fridays at 2 pm. Here you’ll embark on what Le Corbusier called the promenade architecturale. “It is as we walk, as we move along, that we see the architectural lay-out unfolding,” he said. You’ll marvel at Mr. La Roche’s monastic sleeping quarters, the so-called “Purist Bedroom,” and also the small bathroom and kitchen used by the domestic help who lived on the premises. 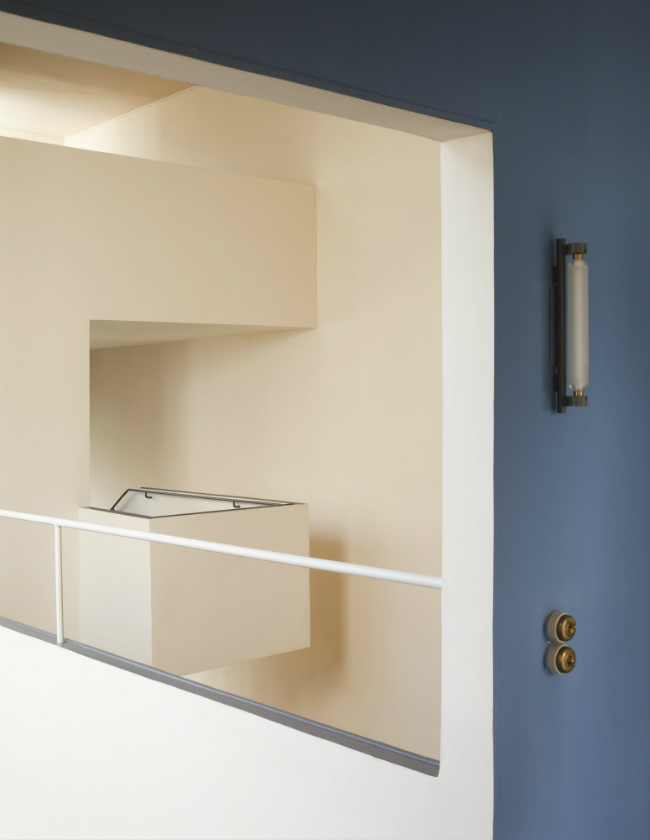 In 2016, the architectural work of Le Corbusier, an “outstanding contribution to the Modern Movement,” was added to the UNESCO World Heritage list. To quote UNESCO, “the 17 sites comprising this transnational serial property are spread over seven countries and are a testimonial to the invention of a new architectural language that made a break with the past. They were built over a period of a half-century, in the course of what Le Corbusier described as “patient research”. These sites “reflect the solutions that the Modern Movement sought to apply during the 20th century to the challenges of inventing new architectural techniques to respond to the needs of society.” Pictured in the gallery below, these sites include: