The Art of Cuisine: Dining with Toulouse-Lautrec 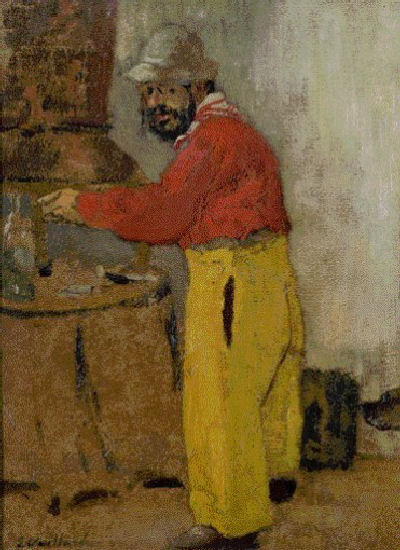 Out of all the nineteenth-century French artists Henri de Toulouse-Lautrec stands out as a painter who really loved to cook. Tremendously creative in the kitchen as well as in his studio, the vibrant Montmartre artist relished in the preparation of unusual and inventive dishes to the delight of his guests. “He was a great gourmand. He loved to talk about cooking and knew of many rare recipes for making the most standard dishes,” said the avant-garde poet Paul Leclercq of the painter. For Toulouse-Lautrec, everything was a chance to celebrate. He fêted a new painting or the creation of a cabaret poster with food and drink. The poet Leclercq stated the artist “…cooked as well as he ate. Cooking a leg of lamb for seven hours or preparing Lobster à l’américaine held no secrets for him.” 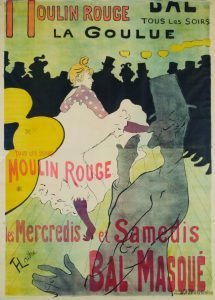 Toulouse-Lautrec was keen to publish a book of his own recipes. However his infamous lifestyle spelled his early death in 1901. Fellow epicurean, Maurice Joyant, once Toulouse-Lautrec’s childhood friend and art dealer, found his recipes among his personal papers and vowed to preserve them along with Toulouse-Lautrec’s artistic legacy. The resulting book published posthumously in 1930 was the The Art of Cuisine by Henri de Toulouse-Lautrec and Maurice Joyant.[i] A trip back in time, the recipes in this most esoteric of cookbooks are imbued with nineteenth-century sensibilities. The over 150 recipes contained within The Art of Cuisine are presented in their original lively, descriptive and somewhat ironic language. By today’s standards the majority of these recipes seem heart-blocking, comprised of unattainable ingredients and are just plain undoable in a twenty-first-century kitchen.

Here is what Toulouse-Lautrec recommends for Stewed Filets of Porpoise:

“When mounted on the bowsprit of a cutter you have harpooned a porpoise in the English Channel, open it lengthwise and take from it some nice fillets of fish. Scald them, stick them with lardoons, and let them brown in a pot with oil, garlic, onions, shallot, and flour; moisten with half a liter of water and half an liter of red wine; add salt, pepper, nutmeg, pimento, clove, and a bouquet garni; let it simmer on a small fire; add carrots and potatoes. Skim before serving.”

And Quails in Ashes: 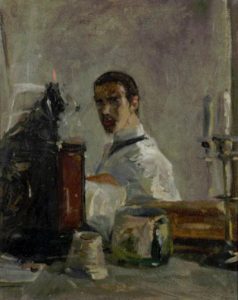 “At the end of September, beginning of October, after you have killed some fat quail, pluck and empty them. Next roll them, duly salted and peppered, each separately in a well-buttered vine leaf; tie them and bury them in the very hot wood ash of the hearth. When they are cooked, serve them on hot plates.”

Stewed Marmots – a most multi-purpose animal:

“Having killed some marmots sunning themselves belly up in the sun with their noses in the air one sunrise in September, skin them and carefully put aside the mass of fat which is excellent for rubbing into the bellies of pregnant women, into the knees and ankles and painful joints of sprains and into the leather of shoes. Cut up the marmot and treat it like a stewed hare which has a perfume that is unique and wild.”

Some recipes are more readily adaptable. I have personally cooked Young Pigeons with Olives replacing the pigeons with a small chicken and omitting the truffles and the veal.

“Table some young pigeons, empty them and into the inside put a stuffing of beef, veal, sausage meat – seasoned with aromatic pepper – nutmeg, and sliced truffles. Tie them up and let them brown briskly in a heavy shallow pan. Then put into a saucepan, bacon, shallot, onion and make a light roux with flour. Add salt, pepper, a bouquet garni. Put in the pigeons, moisten with good bouillon. Let them simmer gently for just under an hour with the saucepan covered. In the last 20 minutes add some pitted green olives which have been desalted and a glass of cognac. Let them braise well and reduce.

Serve the birds on a dish surrounded by the olives and covered with the thick strained sauce which ought to be rich and thick.” Voila

Accounts revealed in Toulouse-Lautrec’s Table,[ii] describe summertime excursions where guests wait in anticipation for the vertically-challenged artist to whip out a trusty pan to fry them all an omelette or an other deliciously greasy meal. Toulouse-Lautrec would gather friends for sumptuous feasts, often arranging to cook at someone else’s house. A letter directed to Jacques Bizet, son of the French composer, requests “Dear master, here is the list of fish to be obtained, Eels, (one pound), 2 gurnards, 1 hake, 1 sole, 1 small lobster. Seasonings: garlic, cayenne pepper, olive oil. Have all this at 5 o’clock Sunday. We will be there at 6.15 o’clock… Our humble respects to Madame Bizet and to you. H.T. Toulouse-Lautrec.” 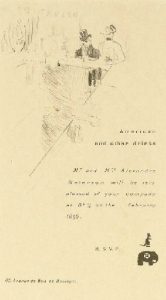 Art patron Alexandre Natanson asked Toulouse-Lautrec to organize a private viewing in his Bois de Boulogne home in order to boast of his newly-acquired commission from symbolist Edouard Vuillard. Toulouse-Lautrec took care of every last including his hand-drawn invitation promising “American and other drinks.” Three hundred guests, the gratin of Parisian society, watched in wonder at the creation of the  “Bar des Alexandre.” Toulouse-Lautrec’s Table describes, “In front of a long mahogany counter were a few high stools on which drinkers could comfortably perch. A notice between two liqueur advertisements warned ‘Don’t speak to the man at the wheel,’ in other words, the barman. Toulouse-Lautrec was dressed in a white jacket and a waist coat made out of the American flag. A complete list of the drinks on offer would defy belief: champagne, port, aperitif wines….syrups, eaux-de vie, Cognac, Armagnac, Calvados, whisky, gin… Everything Toulouse-Lautrec could think of was to be found there. Nor did he omit the customary cocktail snacks, hot sauces, spices, without which everything tasted bland: Worcester sauce, cloves, nutmegs, paprika, red pepper, not to mention bitters, extracted from the bark of the shrub called the angostura.”

Toulouse-Lautrec’s joie de vivre flavours his recipes. He pursued his own creative vision whether sketching in a brothel or cooking for his friends. To Toulouse-Lautrec cooking was a celebration, an adventure, an art.