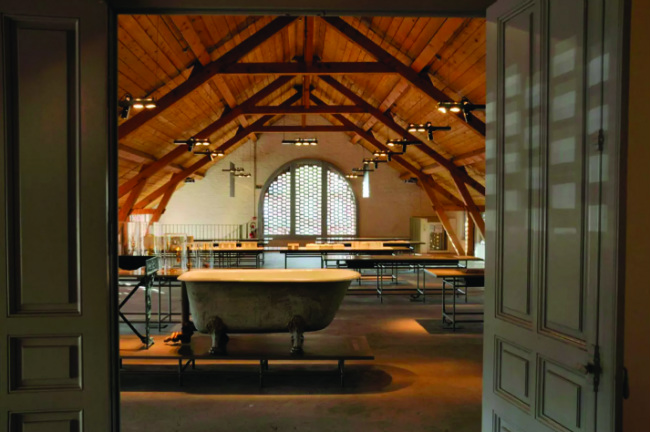 We may think that the Google Campus is a novel social experiment, but already between 1859 and 1884 Jean-Baptiste Godin, self-made cast-iron magnate, built for his employees a ‘city’ of 2,000 inhabitants near the factory in Guise, in northern France. The Familistère, or Social Palace, became the most ambitious experiment of a convergence of labour, capital and talent.

Everybody was a co-owner, school was mandatory, there was a swimming pool and gymnasium, and even a theatre. The site is invaluable not just for its historical and architectural value but as a witness to our recent history. It is also very beautiful in its austere elegance. A sense of economy and an idealistic birth imbue it with a sense of balance. 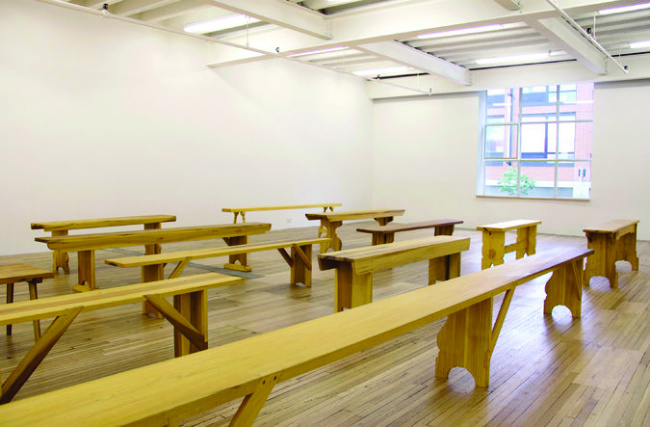 Bancs d’Utopie / We Sit Together, by British artist Francis Cape

How would life be now if the experiment had endured? But it had no chance against globalisation, the forces of the market, progress, and technology. One thing is for sure: Godin was ahead of his time, a true visionary, and self-taught social scientist.

Until 19 September you can catch the temporary exhibition Bancs d’Utopie / We Sit Together, by British artist Francis Cape, an installation of 20 wooden benches belonging to American utopian societies, where everybody shares a space and is seated at the same height.

Previous Article The Art of Cuisine: Dining with Toulouse-Lautrec
Next Article My Life in Paris: A Herbalist Remedy