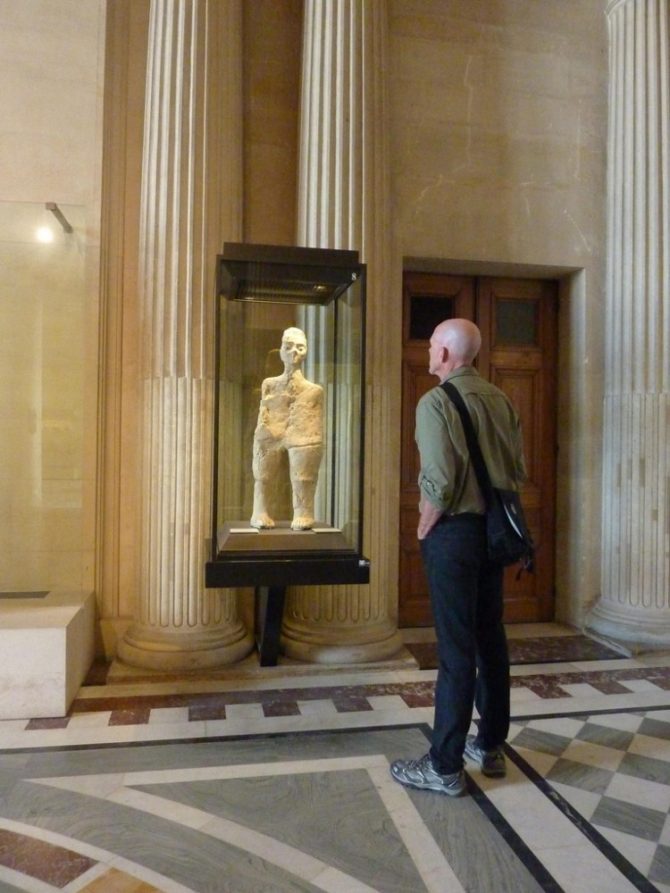 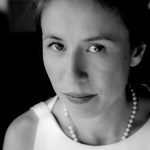 With an average of 30,000 people a day, the Louvre is the most popular museum in the world, and second only to the Eiffel Tower as one of Paris’s top attractions. Sadly 80% of those visitors have tunnel-vision for one thing alone – the Mona Lisa. That’s 24,000 people a day going to the first floor of the Denon Wing and ignoring the other eight miles (yes, if you stretched all three wings and levels and made them into a straight line that’s what you’d get).

Figures aside, one wing you can count on being empty is the Near Eastern Antiquities, found on the ground floor of the Sully and Richelieu wings. Who cares about the Cradle of (Western) Civilization? Why bother with Mesopotamia, Sumer, the Tigris River or Indus Valley? The Cradle of Ancient Near East rocked with a lot of firsts. This was the nursery for the first writing system, the first law code, first centralized governments and empires (as well as social stratification, slavery, organized warfare), not to mention the potter’s wheel (allowing cooking) and mill wheels. Historically we have this region to thank for math, astronomy, and a little thing called medicine.

Here are three highlights in the Richelieu wing’s Near Eastern Antiquities galleries which offer a respite from the throngs of Mona Lisa Groupies. Entering the main entrance you may want to dilly-dally on the way through the French sculpture collection, equally wonderful if diametrically opposite in style from our Near Eastern treasures.

Carved from a single block, these great gentle giants stand at 4.5 metres tall. They have five legs – from the front you get a still; from the side they’re in motion. Sargon II founded his capital at Dur Sharrukin, present day Khorsabad, in 713 BC. The city had 24-metre thick walls encompassing three km² of the palace (yes, that’s larger than the Louvre’s eight miles!). The Lamassus (which translates from Akkadian to “Protective Spirit”) stood at the seven gates as protective genies. They also bore a strictly architectural function as they held the arches above the gates. Throughout the 1840s and 50s Dur Sharrukin was excavated by the French Consul General Botta (a large number of 19th century European diplomats just happened to double as archeologists) and these fine-winged creatures were sent to the Louvre. Heartbreakingly, two shipping incidents caused much of the excavations to go missing: one because the boat sank; another was lost to pirates. They must have been strong pirates as two 30-ton statues went missing! A bit suspicious there were two incidents, no? A good story for the next Indiana Jones to dredge up the sunken ship in the Tigris River. To remind yourself of just how small we are, stop in this lovely sky-lit “Cour Khorsabad” room, which somehow manages a cozy earthiness despite the statues’ magnificent size.

For all you kids thinking of studying law or finance, you may want to stop off here to pay homage to this seven-foot stone slab which has shaped so much of today’s society. Inheritance Law- the protection of one’s property and what happens to it after you die- is just one of many things to which we have Hammurabi to thank. He ruled for 42 years as the sixth Babylonian king. His Law Code, a sort of primitive Constitution, is marked on a stone slab with 44 columns and 28 paragraphs containing over 282 laws. It’s the longest surviving text from the Old Babylonian period and is often considered the first written economic formula. Many attributes are still in use in our current pricing system, such as codified amounts of money for business deals (interest rates), fines for monetary wrongdoing, laws concerning how private property is to be taxed or divided, not to mention criminal laws. It is also one of the earliest examples of the idea of the presumption of innocence, and requests that both the accused and accuser provide evidence to make their cases. It is most famous for its scaled punishments, adjusting an “eye for an eye, a tooth for a tooth” as graded depending on social status (slave versus free man). Though it was originally from Babylon (Iraq) in the 12th century BC, it was plundered by an Elamite King and brought to Elam (a.k.a. Susa, and now known as Khuzestan, Iran).

Meet Ain Ghazal. At 9,000 years old, this cute little critter is the oldest piece the Louvre has in its possession. And actually, Ain is only visiting. The Jordanians have generously lent him to the Louvre for 30 years (although if you read the banner alongside his freestanding display case in the corner of one of the Levant rooms, a Louvre curator arrogantly assumes this loan will be renewed by “tacit agreement’’). Apparently these Neolithic people in Ain (which was a place inhabited by about 3000 people) buried their special dead under the floorboards of their homes (later pulling the skulls out to be buried separately). Can you imagine the stench? Most of their deceased, however, were just thrown in garbage pits where domestic waste was also trashed. A rather sad way to treat your dead, but I suppose not so very different from a “Potter’s Pit” where people in debt, like Mozart, were disposed of. Ain Ghazal ranks as one of the largest known prehistoric settlements in the Near East and was discovered in 1974 after a 600-metre road was being built across northwest Jordan. It’s tragic to think of how much tractor-damage was done to these little guys prior to discovering their existence. But hey, at least you can have a visit with this one. As you look into his somewhat startled eyes, just ponder how much older he is than the treasure trove of Greek pots upstairs or Egyptian mummies around the corner.

Last tip? Go on a Wednesday or Friday– when the Louvre is open till 9:45 p.m.– for a short, focused visit. Leave for a meal or museum-break and return later for a night stroll to another concentrated area. The place is ginormous, but glorious — embrace its size, don’t let it intimidate you!

Daisy de Plume runs themed treasure hunts at the Louvre (what her company, THATLou, stands for). Their next public event will be a family-friendly Thanksgiving Hunt on Saturday, November 30 from 10:30 a.m- 1 p.m., scouting out Food + Wine in art. Follow THATLou on Facebook (www.facebook.com/ThatlouParis) and Twitter (@daisydeplume).

In 2012 Daisy de Plume started THATMuse, a company running themed Treasure Hunts at the Museum (what it stands for), which now has 25 themes across Paris (the Louvre, Musée d’Orsay, Streets of Paris), London (British Museum, Victoria & Albert & The Natural History Museum) and imminently Italy (the Uffizi, Vatican, and streets of Rome, where she went to boarding school). THATMuse also blogs and vlogs on Instagram about art history, museums and travel for those who can't travel or are researching their bucketlist trips to European capitals), as well as posting #THATMuseFacts on Twitter and Facebook with daily museum and art trivia. A native New Yorker & Conde Nast Traveller contributor who moved to Paris in 2004, she and her Argentine husband have two culturally-confused, trilingual sons, Storsh and Balthazar.