Comedy Central: Our Top French Film Capers of all Time 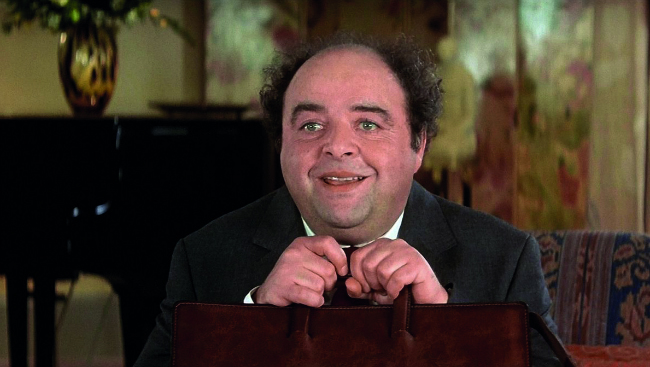 Big-shot Parisian publisher Pierre Brochant is in a pickle. His weekly ‘dîner de cons’ (idiots’ dinner) – a cruel ritual which sees him and his posse of smug high-flyers invite the dullest possible oafs for supper and have a jolly good time at the unsuspecting sods’ expense – is fast approaching and he finds himself without a ‘con’ to bring along. Well, he did have a “champion” lined up – not content to humiliate their guests, the hard-boiled lot also declare a winner post-dinner – until his hopeful suffered a freak boomerang accident. So when Brochant hears at the eleventh hour through a sort of friend/recruiter (he doesn’t even bother to procure his own talent) of François Pignon, a dunderhead tax inspector with a passion for matchstick model making, he is all but drooling in anticipation. But the best-laid plans…

On the fateful night Brochant injures his back, leaving him unable to attend the dinner party. A heartbreakingly solicitous Pignon shows up at his door anyway – armed with a briefcase stuffed with pictures of his matchstick marvels – and, sadly for the temporary invalid, takes it upon himself to look after the callous publisher, boring him half to death with incessant natter about his models and bungling the simplest of tasks. By the end of the roller-coaster evening, the ever-earnest but bafflingly gaffe-prone Pignon has unintentionally engineered a tête-a-tête between Brochant’s wife and his rather clingy mistress, saddled him with an impromptu and ruinous tax audit and left his well-ordered life in complete tatters.

Many (copycats) have tried to recapture, and flat-out rip off – the less said about the US remake the better – Dîner de Cons’ inimitable hat-trick of jacked-up farce, quick-fire gags and uplifting ‘revenge-of- the-nerds’ triumph. But 20 years on, few can hold a candle to the screwball caper. The ultimate feel-good romp! 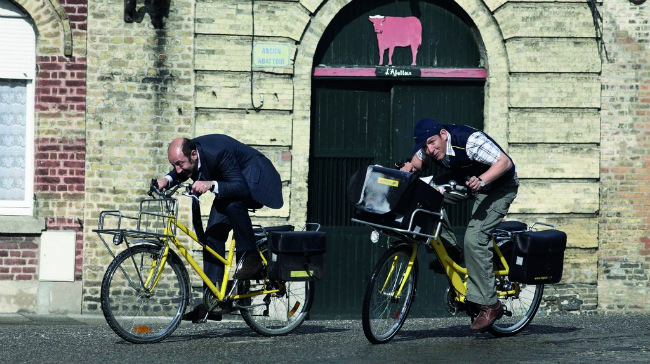 Dany Boon doesn’t deal in subtlety at the best of times but in Bienvenue Chez Les Ch’tis, the comic turned director/actor and all-round loose cannon lays on the north-south clichés pretty darn thick. Meet Abrams, a southern post office manager who passes himself off as disabled to bump his transfer application up the priority list and finally nab his dream job on the Riviera. Of course, he gets found out and is subjected to a fate worse than dismissal: exile to a God-forsaken post office in bumpkin-land, aka deepest darkest northern France. Cue hysterical run-ins with the rough-hewn, barely intelligible – they speak the mystifying ‘Ch’ti’ dialect – but impossibly good-natured locals. Off-the-charts silly, this heart-tugging caper is a comedic masterclass. 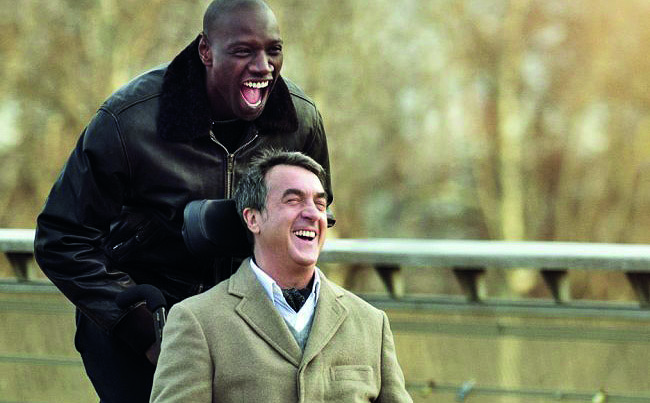 Like most French ‘comedies’, Intouchables is no straightforward laugh-a-minute jolly. The premise whiffs of tragedy (it’s loosely based on the life a millionaire left paralysed by a paragliding accident); and a few edits here and there would thrust it wholesale into tear-jerker territory. Therein lies the sheer rip-roaring magic of Intouchables: hijacking the disability dramedy with a defiantly funny ‘buddy’ movie. Fed up with his staff ’s pitying attentions, Philippe hires Driss, a brutally honest ex-con with a mystifying lack of empathy (his paralysis aside the tycoon has it pretty cushy) and not the foggiest about palliative care, to look after him. After a rocky start, an unlikely friendship blossoms. As un-PC as they come, this disarmingly light-hearted two-hander is a glorious hymn to life.

The mother of all spy spoofs (the inflammatory kind only the French could get away with, or dream up), the caper follows hopeless bigot and (not-so) special agent Hubert Bonisseur de la Bath, alias OSS 117, as he bumbles his way through Cairo – spouting racist claptrap and informing the natives Islam “won’t last long” – to investigate the disappearance of a fellow operative, and put the skids on the Suez crisis. Rude, crude, cringeworthy and beyond offensive, it is a load of (riotous) tosh!

Previous Article Things to See and Do on the Northern Coast of France
Next Article Berthe Morisot and Édouard Manet: Painters in Paris