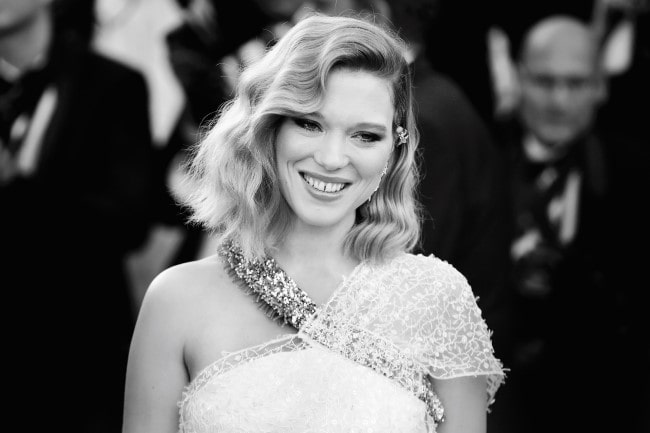 From a wannabe opera singer to a ‘Bond girl’ with a difference. We look at the life and career of Léa Seydoux, and cast a critical eye over the latest movies and books, as well as dusting off some old favourites.

“I bet you’re going to cry. When I watched it, I cried, which is weird because I am in it.” Let’s be frank. It’s not the reaction you’d ordinarily expect to a Bond movie. But then Léa Seydoux is anything but ordinary.

The 36-year-old, who reprised her role as Dr. Madeleine Swann (she first appeared in Spectre) in No Time to Die, is one of few French stars to have made it big both sides of the pond. Her Stateside movie credits include Inglourious Basterds (Quentin Tarantino, 2009), Robin Hood (Ridley Scott, 2010), Midnight in Paris (Woody Allen, 2011) and, most recently, Wes Anderson’s The French Dispatch, among others.

The March issue of @totalfilm magazine is dedicated to the upcoming James Bond movie – “No Time To Die” by director Cary Joji Fukunaga – Léa graces its cover alongside Lyshana Lynch and Ana de Armas. The magazine will hit newsstands this Friday!#LéaSey… https://t.co/68PE9l10be pic.twitter.com/zwtDdR7GzZ

But let’s go back to the beginning – to a fashionable quarter of Paris in the 1980s. Seydoux grew up in Saint-Germain-des-Prés, with an older sister and five half-siblings, although she says she felt like an orphan, her parents having split up when she was three. Many of her family are big names in the movie business (her grandfather, Jérôme Seydoux, is the chairman of legendary cinema company Pathé) but she insists she has forged her own career without help from her family.

As a teenager she had no interest in acting, but instead set her sights on a career as an opera singer, studying music at the prestigious Conservatoire de Paris. “I had a beautiful voice,” she says – but, she laments, she didn’t have the “rigour”. It was only when accompanying a boyfriend to an audition that she decided to give acting a go, enrolling in classes at Les Enfants Terribles drama school in Paris and later at The Actors Studio in New York.

Her first major role came in 2006 when she appeared in Mes copines (Girlfriends), directed by Sylvie Ayme. Then in 2008, she got her big break, appearing in Christophe Honoré’s La belle personne (The Beautiful Person), for which she picked up the Chopard Award at Cannes for Best Upcoming Actress and a César nomination for Most Promising Actress. A year later, she went to Hollywood, for a role in Inglourious Basterds.

Back on home turf, a raft of other movies – and accolades – followed: a Most Promising Actress César nomination for Belle Épine (Dear Prudence, 2010) and a Best Actress César nomination for Les Adieux à la reine (Farewell, My Queen, 2012). Then in 2013, she and director Abdellatif Kechiche and co-star Adèle Exarchopoulos were awarded the Palme d’Or for La Vie d’Adèle (Blue is the Warmest Colour). Since then, she hasn’t looked back. And then there are the two Bond movies, of course. As a ‘Bond girl’ – to use an outdated term – she has made history by being the first love interest to play a major part in more than one movie. In fact, Seydoux says Swann is “the heartbeat of No Time to Die”. How times have changed.

“For me, Léa is not a Bond girl. She’s more like M or Q, just dressed in aquamarine silk.” —Wes Anderson
~
Read the full interview on @townandcountrymag website! ~https://t.co/yEK2eh53NY
~
Cover story by @maxvadukul – hair by @traciecant – makeup by @m… https://t.co/hrmYeC8KnI pic.twitter.com/yRtafPpANq

10 second CV: A screen star’s life in one take

Early career
Abandoning her childhood ambition to be an opera singer, she signed up for acting school on a whim after accompanying an actor boyfriend to an audition.

I know the face… As well as two Bond movies, she starred opposite Tom Cruise in Mission: Impossible – Ghost Protocol.

Where will we see her next? She’s been busy! You’ll see her in Arnaud Desplechin’s Tromperie (based on Philip Roth’s novel, Deception) and Bertrand Bonello’s sci-fi drama La Bête. She will also star alongside Kristen Stewart in David Cronenberg’s sci-fi thriller Crimes of the Future.

C’est pas vrai! Seydoux has steadfastly forged her own career, despite coming from an influential film biz family – her grandfather, Jérôme Seydoux, is chairman of cinema company Pathé. And if you’re wondering how she learnt to speak such good English, for six years she was sent to summer camp in the US by her father, who was keen for her to learn the language.

Previous Article Welcome to the Pleasure Drôme
Next Article The Night of Ideas Returns: (Re)building Together