A Voyage through Time on the Canal du Midi 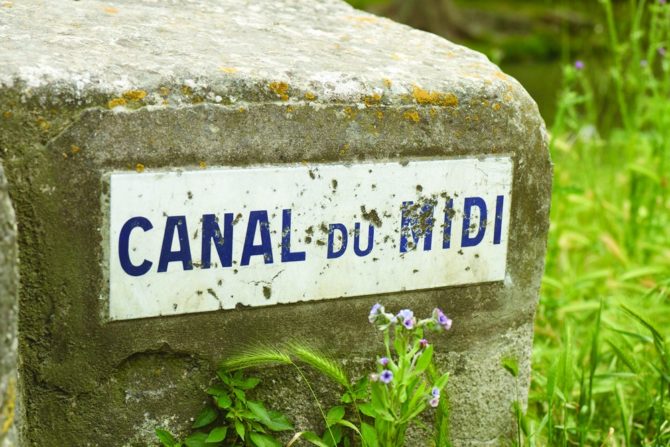 The Marquis of Vauban once lamented of the Canal du Midi, “J’aurait donné ma vie pour avoir construit cette oeuvre”. So extraordinary was this feat of construction that France’s most prominent engineer of the 1600s would have given his life to claim it as his own. Yet Pierre-Paul Riquet, the man behind one of the 17th century’s greatest works of engineering – and some say, works of art – remains in Vauban’s shadow, despite his life’s accomplishment, which was classified as a UNESCO World Heritage Site in 1996.

This 150-mile long waterway was once known as the Canal Royal en Languedoc, for good reason. French revolutionaries may have removed the ‘royal’ from its title in 1789, yet this is a canal which remains fit for a king. Dappled sunlight streams onto its emerald-green water from between the leaves of the 42,000 plane and oak trees which line the canalside – securing the banks with their roots as well as providing shade for the horses which once drew trade barges.

The canal meanders from the Garonne River in Toulouse – which leads all the way to the Atlantic Coast – to Sète, where a vast lagoon, the Étang de Thau, borders the Mediterranean. Aromatic meadows of lavender, thyme and rosemary dip in and out of view, sunflower fields and vineyards stretching as far as the eye can see. Gothic chapels and medieval châteaux are dotted across the landscape, spotted momentarily before again being concealed by trees.

As the Mediterranean approaches, the plane trees become fewer and farther apart. The landscape dries out, wild southern flowers carpet the fields and the smell of salt begins to catch in the breeze. This is the realm where tranquillity reigns, as avowed by 19th-century writer Guy de Maupassant, who would find his turbulent soul’s solace in the ebb and flow of long boating voyages.

In Sur l’eau, the semi-autobiographical short story that De Maupassant penned aboard a boat in 1888, he evokes the peacefulness of existence afloat. “The caress of the water on the sandy banks or on the granite of the rocks moves and softens me”, he wrote, telling of still nights spent in “infinite silence from the land to the stars; nothing, not a whisper, not a ripple in the water”.

The Canal du Midi was built between 1666 and 1681 under the rule of Louis XIV and the supervision of Riquet. However, the idea of linking the Atlantic Ocean with the Mediterranean Sea began to germinate in the early 16th century with a project envisaged by François I and Leonardo da Vinci during his visit to France.

The prototype was the Canal de Briaré, completed in 1642, though the Canal du Midi would be a far more challenging project. A total of six dams, 55 aqueducts, 130 arched bridges and 63 locks were erected to channel some 90 million cubic metres of water from the Orb river, which flows through the Black Mountains and is notoriously difficult to control owing to its propensity to flood. The water was directed into the canal at its highest point – 189 metres above sea level at Seuil de Naurouze, with a dam at Saint-Ferréol regulating its flow.

This enormous task, which took 15 years and 12,000 workers, is now regarded to have been crucial in paving the way for the Industrial Revolution – its construction proving a great contest between man and nature. Riquet was well aware that he was creating a testament to the power and ingenuity of 17th-century France. The canal’s accompanying architectural structures – aqueducts, bridges and locks – were designed with monumental  simplicity, the plane trees unifying the waterway with its landscape. It combines innovative engineering and aesthetic design, with a finesse rarely seen before or since.

The Canal du Midi was conceived in an era of philosophical change and was used by Descartes as an example of his theory of the ‘world machine’ – the concept that humanity could manipulate nature for its own purposes. Both Voltaire and Diderot compared its grandiosity to the edifices of Ancient Rome. At this pivotal moment in modern history, the canal became emblematic of both the greatest achievements of Western civilisation and the enlightened way of the future. To visit today, holding this viewpoint, is to gain a moment of insight into the greatest minds of the Enlightenment – the canal becoming a symbol of the transition from the Middle Ages to the modern world.

Originally, the canal was built for commercial purposes, making the transit of wine, grains and wheat safer and quicker by avoiding the pirate-ridden Iberian Peninsula. Since the 1960s, holidaymakers have replaced tradesmen, though the canal has always been a source of income –during the early 18th century, mulberry trees were planted along its bank for rearing silkworms to support the silk trade, and 1772 these were later replaced by Italian poplar trees, grown for their wood. The banks of the canal are still lush with fruit trees and berry shrubs – the yellow hue of irises are reflected in its water.

Of all the ways to discover the Canal du Midi – self-drive boat, cycling, hiking – one stands head and shoulders above the rest. It’s a fairly recent phenomenon, but vacations by luxury hotel barge have burgeoned over the last few years and this growth shows no sign of slowing down.

A small fleet of such barges can be found on the canal, ranging from incredibly comfortable to breathtakingly luxurious – many even have a jacuzzi on board, as I discovered on a visit to Capestang for a boating convention. Most also have mountain bikes, for keeping their more active guests occupied and also curing any bouts of cabin fever, though with daily sightseeing excursions lined up with a personal on-board guide, this seems a slim possibility.

The barges are spacious, often with touches that pleasantly surprise – freshly cut flowers, a fridge stacked with ice-cold drinks, bookshelves loaded with all the classics that you’ve never seemed to get around to reading.

Barge guests prefer to divide their time between the boat and the canalside. In places, the canal teems with  roller-bladers or cyclists along the towpaths, while canoes and rowing boats overtake barges travelling in the ‘slow lane’. Other guests may be more likely to be coaxed out of their cabin to dip into some of the arty stop-offs en route, and many boats moored on the canal have been converted into pop-up exhibition spaces or theatres. Unexpected attractions are revealed along the way – concerts, open-air film screenings and art shows – but these transitory sights are still secondary to the spectacular permanent highlights to be experienced between Toulouse and Sète.

The pleasant town of Castelnaudary climbs up a hillside from the canal’s Grand Bassin. As the self-professed world capital of the region’s beloved sausage and bean casserole, Cassoulet, it’s a must-stop for gourmets. Further downstream lies Europe’s most complete medieval fortress, in Carcassonne, also listed by UNESCO as a World Heritage Site. Drift a little further along and you’ll pass a smattering of medieval villages, with Capestang halfway between Carcassonne and Sète. The village’s 14th-century Gothic church announces itself first, its bell tower piercing the rural skyline of rolling fields and woodlands. The quay that hugs the canal as it passes by holds a twice-weekly  market, where local winemakers and farmers congregate to flaunt their wares.

Next there’s Béziers, one of France’s most ancient cities, before the final cruise into Sète, the birthplace of poet-philosopher Paul Valéry. He once described this harbour town as a ‘singular island’, due to its position between the canal and the Étang de Thau, a lagoon laden with the freshest mussels and oysters you’ll find anywhere along the Mediterranean coast. Its enormity makes exiting the canal feel like venturing out to sea. Experiencing Sète’s bustling fishing port and unexplored sandy coves is reason enough to warrant a stopover.

Travelling by canal means skipping the traffic congestion of the suburbs, ring roads and the stress that accompanies them. As you slip quietly into the centre of Sète, the canalside bustles with metropolitan life yet the barge you’re travelling on remains untouched – a time warp marooned in the water. Before you know it, you’ve passed the city limits and urban sounds are once more replaced by the hum of cicadas.

Gliding majestically along this regal waterway reveals not only the artistic and technological legacy of one of France’s most cherished historical sites, but serves as a reminder to take life a little easier. To take a step back from the demands of a busy lifestyle into an oasis where time genuinely seems to stand still, revealing the minutiae of life in rural France. The light perfume of wild flowers carried on the breeze, the rural sounds of farming and livestock punctuating the air. The joy of eating outside, discovering the essence of a region through its cuisine, in its natural setting. The bliss in slowing down to appreciate life’s sensory pleasures. After all, isn’t that the very thing for which the French are famed?

Planning a trip along France’s greatest man-made waterway? Here’s what you need to know:

How To Get There

The nearest airports to the Canal du Midi are Béziers Cap d’Agde, Montpellier-Méditerranée and Toulouse-Blagnac.

Cruises often depart from Béziers and Carcassonne, which are accessible by train.

Previous Article Fall Exhibitions in Paris: Robotic Art at the Cité des Sciences
Next Article New in Paris: Explore the Catacombs at Night