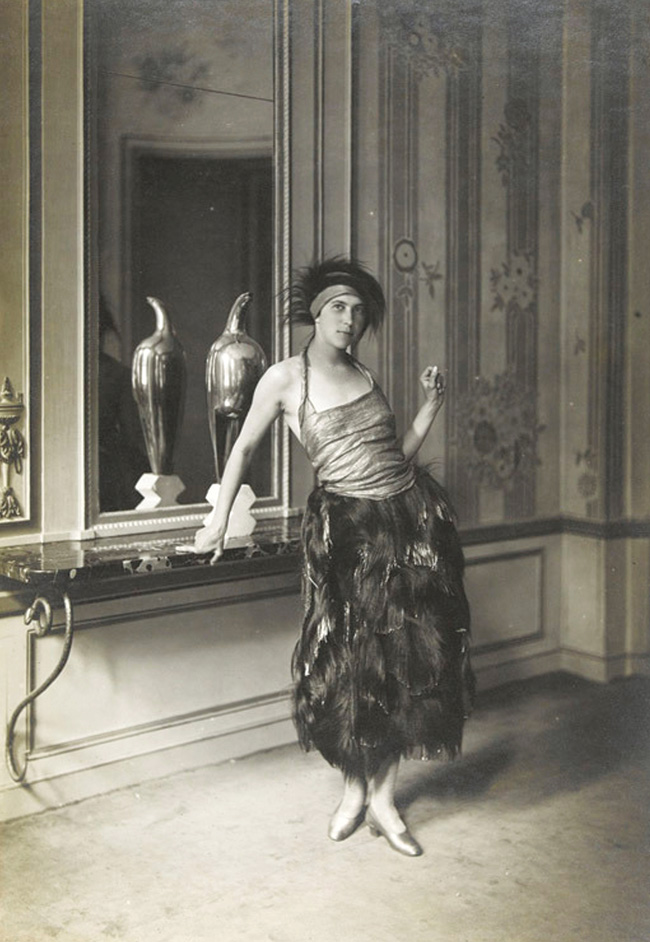 How did it all go so wrong for the fashion designer who liberated women from corsets? Hazel Smith reports.

Paul Poiret was without doubt the most influential couturier of the first decade of the 20th century, leading women out of corsetry and into modernity. In fact, how women dress today is a direct result of Poiret’s work as a fashion designer. The Belle Époque had left women in a virtual cage of whalebone and ribbons. Poiret moved the emphasis of women’s fashion away from a rigidly structured silhouette to a slim, streamlined one based on draping rather than tailoring. His success was so great, it brought about the demise of the corset.

Born in 1879, by the 1890s, the teenage Poiret was busy learning his trade from one of Paris’s most prominent couturiers, Jacques Doucet. Poiret established his own couture house in 1903 and in 1905, he married Denise Boulet, who, with her waif-like figure, became his muse, inspiring his new fluid patterns.

Photographs of Denise Poiret showed none of the lumps and bumps of underpinning beneath her jewel-toned chemises and soon other women began giving up their corsets in favour of these loose-fitting and thoroughly modern designs. From his spectacular hôtel particulier near the Champs-Élysées, the self- named king of Paris haute couture reigned supreme, dressing the women of high society. Well ahead of his time, under the auspices of the House of Poiret he created a ‘lifestyle’ brand, which included his own cosmetics and perfume company, as well as an interior design business.

Poiret befriended the likes of Picasso, Matisse and Brâncusi and bought their works. For Poiret, dress design was an art equal to theirs and he brought the worlds of fashion and art together by employing the talents of young artists within his business. Raoul Dufy, for instance, designed his printed textiles, and the
nascent artist/illustrator Erté designed under the Poiret name. Meanwhile, a little-known photographer called Man Ray captured Poiret’s fashion creations in black and white.

With their gold lamé, feathers and jewels, the costumes of the Ballets Russes’ 1909 production of Cléopâtre deeply influenced Poiret’s designs. His famous jupe-culotte – pantaloons worn under a lamp-shade-like tunic – was inspired by the stage production. Poiret’s liberating departure from the skirt coincided with the greater freedom sought by suffragists. For months, Poiret’s jupe-culotte was the most-discussed dress in the world: in British papers alone, the term was referenced more than 250 times in 1911.

This fancy-dress outfit, now in the MET in New York, was made for and worn to Poiret’s 1002nd Night party in 1911 © Wikimedia Commons

But however freeing his corsetless designs were, they were not all that emancipating. An extra pair of hands was necessary to get in and out of the radical jupe-culotte, rendering it impractical for anything other than looking au courant; and his hobble skirt design was good for, well, hobbling. His fashions were aimed at rich women with time and resources to spare.

Following the First World War, Poiret was still producing clothes that few women could wear and it fast became clear he had failed to adapt to a more modern aesthetic. A devotee of Chanel or Madeleine Vionnet could slip into a simple, uncluttered dress instead of floating around in an impractical Poiret design.

Eventually, his arrogance got the better of him. In 1925, Poiret designed three barges, moored on the Seine, to display his collections – but went on to declare bankruptcy the same year. Despite being one of the most inventive designers of the 20th century, when he died in 1944 he’d been largely forgotten.