The Carrefours of France in San Francisco: The City Rooftops 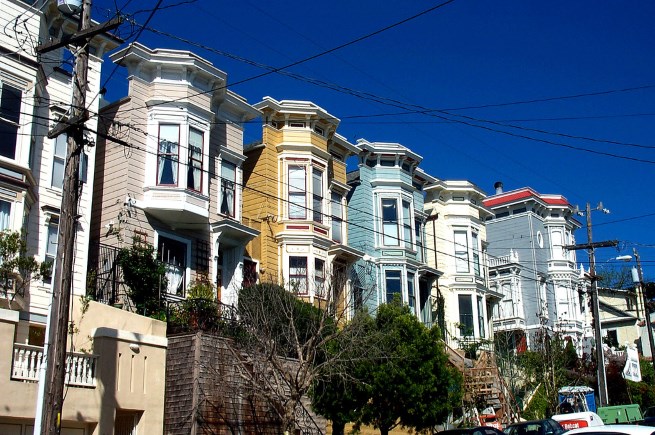 The grey slate and zinc rooftops of Paris are being considered for status as a UNESCO World Heritage Site. The application was presented in 2015, and the decision should be made in 2019, after arduous inspections. On the other side of the world, San Francisco is also a city of unique rooftops, a carrefour of Paris above the streets. Let’s start with the Italianate style.

[This article is part of our ongoing series on carrefours, or intersections, of French culture in the streets of San Francisco. Related articles:
Bush and Grant streets
Hayes and Gough/Octavia
Paris of the Pacific, Celebrating San Francisco’s Founding French Community]

San Francisco began as a town where military architecture drove the style. Then came the Gold Rush in 1849, and the growth to a metropolis was golden in revival architectural styles with ornate details. The Italianate is considered to be the first style to have a major effect on the city. In fact, by the 1860s, it was popular in many American cities as a rowhouse built for the middle class.

In San Francisco, they were constructed in wood that was plentiful in the region, with over-sized brackets (or supports) at the eaves. It’s a signature roof: a false parapet (an upward extension of the wall at the edge of a roof) which concealed from sight the gable (classic pitched) roof. The earliest variation was the Flat Front Italianate built in neighbourhoods in the 1860s and 1870s, such as the Western Edition and the eastern part of Pacific Heights. Many were two-story, although single-story cottages are found in Noe Valley and parts of Potrero Hill.

In the late 1870s and early 1880s, land costs soared (sound familiar today?) and house lots shrunk to 25 by 100 feet or 25 by 80 feet. The result was the Bay-Windowed Italianate, typically two tall bay windows in width which increased the square footage and the available light. Dense rows of nearly identical bay-windowed Italianates were built in the Mission, the Western Addition, Pacific Heights and other parts of the city. The signature roof was the same with an exaggerated parapet that concealed the pitched roof, giving each house the look of a decorated box. 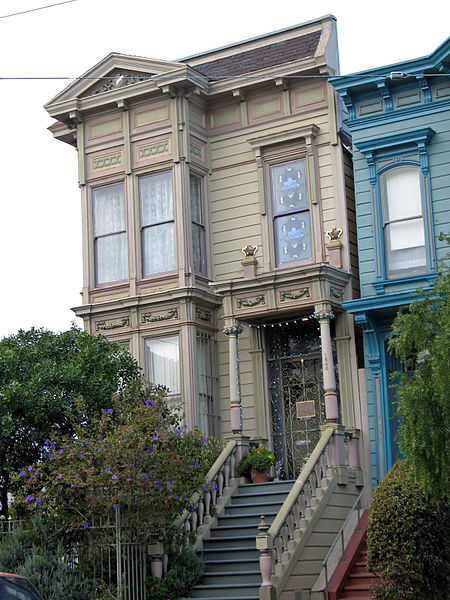 About the same time, the San Francisco Stick house style emerged. Also designed to fit on a small lot two bay windows in width, the wooden façade was filled with ornamental detailing such as sunburst designed brackets, rosettes and elaborate plant motifs. The attention was on the roofline though, with ornamental truss work at the apex of false gable roofs. These rowhouses were built in the Western Addition, the Mission, Pacific Heights, Eureka Valley and Noe Valley.

The Queen Anne is probably the architecture style most associated with San Francisco. Built from the 1890s to around 1915, it featured a gingerbread style of gable-end roofs, turrets, elevated front porches, balconies, dormer roof windows that project beyond steep roofs, plus lacey decorative trim. They were painted in three or more colors to embellish the architectural details. The most famous neighborhood is the “Painted Ladies” on Steiner Street across from Alamo Square. Here, the roofs are steep and pointed. 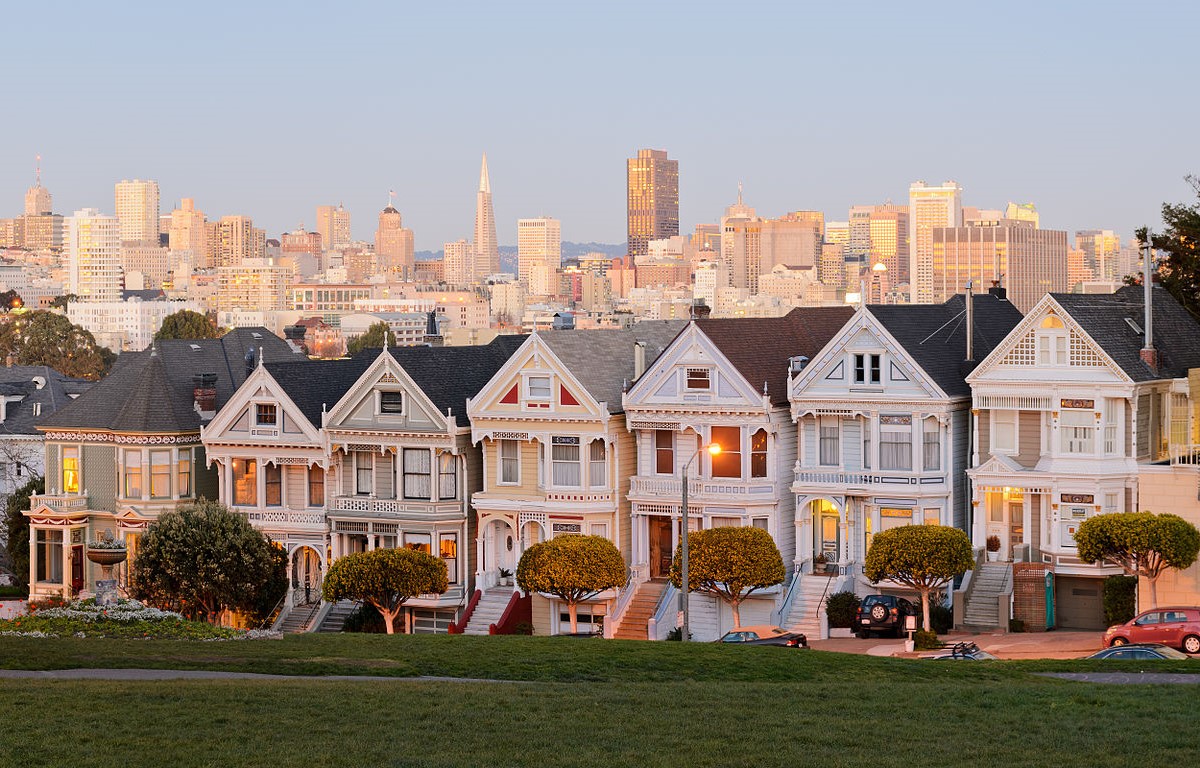 France even had an influence on roof styles with Second Empire buildings that were constructed in the 1860s to 1880s. The mansard roof with dormer windows and molded cornices provided a usable upper story. A Second Empire San Francisco Landmark is the Audiffred Building at 1 Mission that houses Boulevard Restaurant. According to Wikipedia, the earliest known example of a mansard roof is credited to Pierre Lescot on part of the Louvre built around 1550. It was popularized by François Mansart, an architect of the French Baroque period, and became particularly in demand during the Second French Empire of Napoléon III. 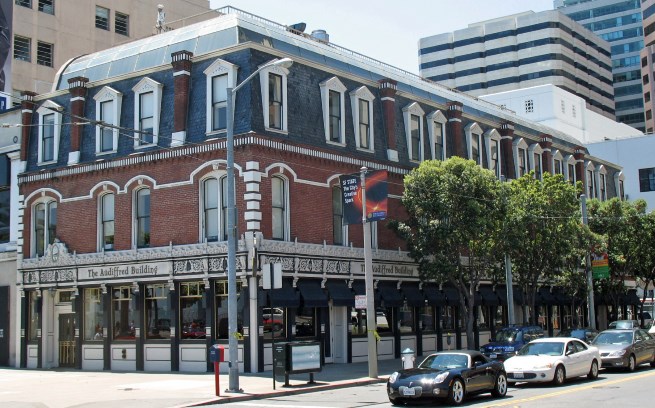 Many of these styles of houses survived the 1906 earthquake and fire and can be seen today. Their varied rooftops of flat, pointed and false parapets can be seen from the many hills, freeways and rooftop gardens, restaurants and bars of the city.

One of the best places to virtually see the rooftops of San Francisco is on Instagram at the415guy. Michael calls himself a “native San Franciscan photographing the beauty of the City.” He catches the rooftops beautifully, along with the bridges and street scene.

Paris, of course, has a much longer history of its rooftops, and the vast blankets of zinc are featured in movies, paintings, photography and tourist postcards. The union of roofers and zinc workers are looking forward to the potential UNESCO World Heritage status. According to Angel Sanchez, GCCP union president who was quoted in the newspaper Le Parisien, “Being included on the list marks a just recognition of our profession. Our tools have been modernized and the risks inherent in our profession have declined. But our expertise remains traditional.”

Although France has several UNESCO World Heritage status sites, the only one currently in Paris is the banks of the Seine river. Even if the Paris rooftops are given the World Heritage status, they cannot be seen from the Seine. One has to go to a roof top location to see and appreciate their beauty. 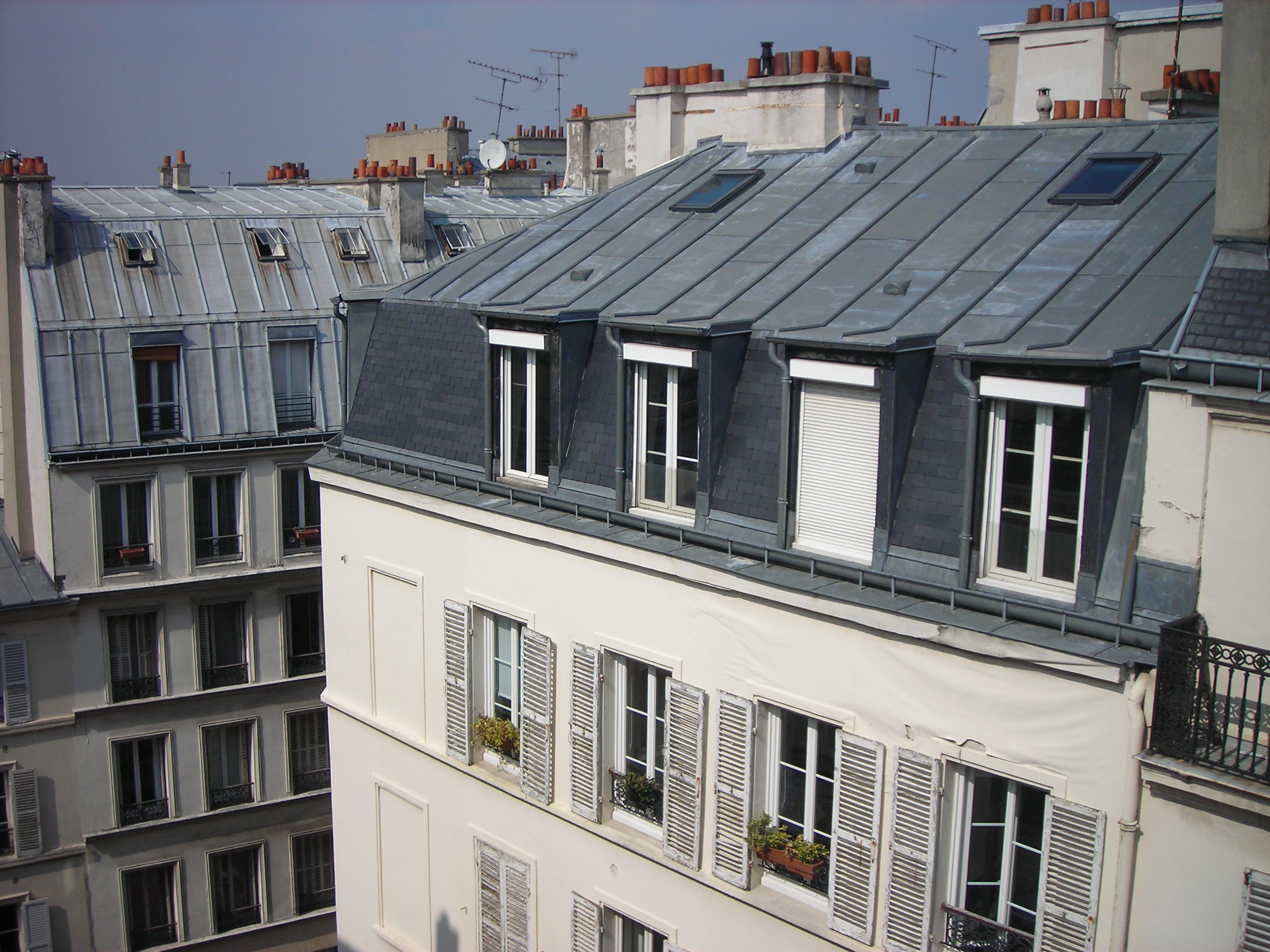 In the hilly city of San Francisco, the rooftops can be seen from many places, both high and low. No rooftop bar is required, although the city has plenty. Just check out the photos of Michael, the415guy. Views of les toits of San Francisco can be found almost everywhere, which makes enjoying rooftop carrefours an everywhere experience.