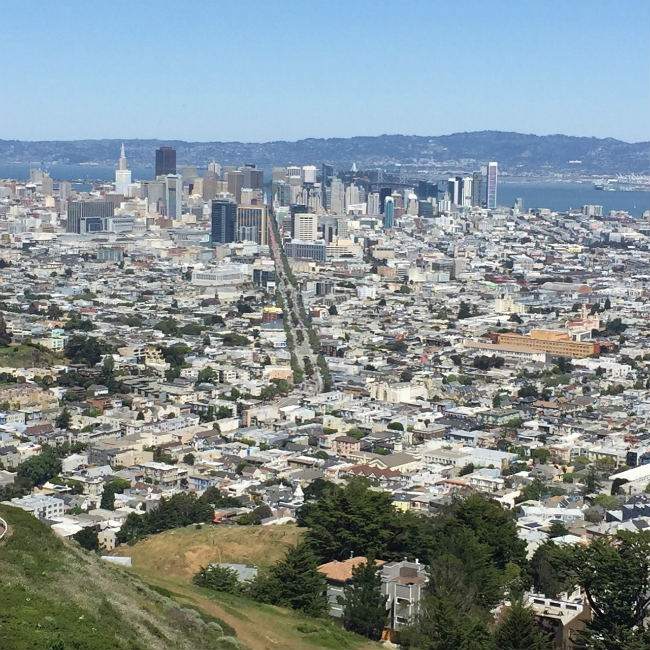 When Emmanuel Lebrun-Damiens stepped off the plane in May to take the position of Consul General of France in San Francisco, he was fulfilling a dream. But it was his New Zealand friend, Nick, who reminded Lebrun-Damiens that this was a dream he had wanted for a long time.

“I had an interest … here because it’s a place of technology, culture and cultural innovations, and debates of society,” said Lebrun-Damiens. “When things are born and arise here, you can observe them at the very beginning, and that provides a high quality of life… The debates are exciting, they challenge the way you see the world, and it makes me young.” 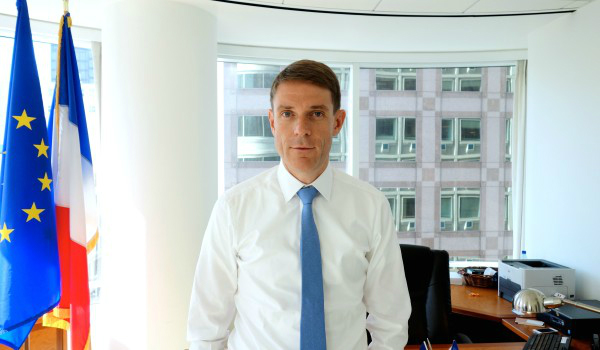 That quality of life is in many of the 10 states that the Consulate General of France in San Francisco represents, according to Lebrun-Damiens. His goal is to make Americans more aware of the success of the French, and their partnership with and contributions to America. To do that, he is supporting conversations in the business and cultural areas that are influenced by French innovation and invention.

The Consul’s focus of support is in high-tech, biotech, cleantech and fintech. The discussions are not only about the newest technologies and their uses, but also around how using technology changes things. For example, artificial intelligence (AI) may now have a cool use in games, but it is quickly moving into areas that will change lives, jobs and wages. Robots are helpful as they deliver drugs to hospital rooms or act as companions in retirement homes, but they can also be disruptive in society when they take jobs.

“We want to study the consequences of AI because we can’t underestimate its importance in the entire world,” he said. 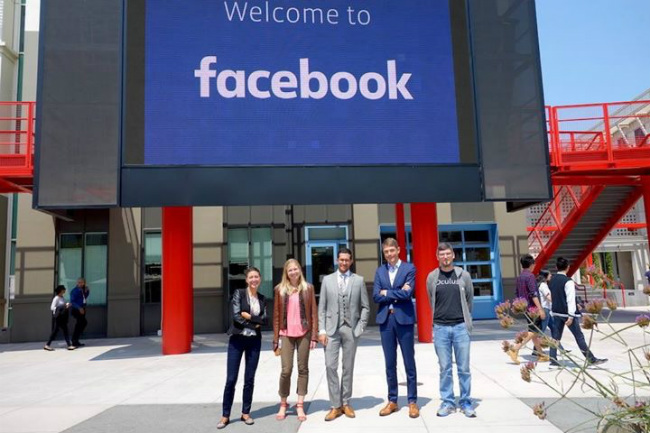 Health care and biotech hold a big interest for Lebrun-Damiens. He spent three years as the health and humanitarian negotiator for France at the United Nations. He also spent time in Paris at the Ministry of Foreign Affairs where he helped steer French positions in aid policy development and international health negotiations. Two Bay Area women researchers in microbiology, genetics and biochemistry (one of them French) have developed a tool for gene editing that has the potential to treating medical conditions that have a genetic component, such as cancer and hepatitis B. The Consulate is involved in leading the ethics discussion around these issues with the researchers and the industry.

“The technology is moving so fast that there is no time to solve all the ethics issues,” said Lebrun-Damiens. “But there is no other place in the world where we have the ability to go early as possible into the process of discussing these issues.”

The Consulate also helped bring France’s Hello Tomorrow – The Future of Healthcare conference to San Francisco on November 15, 2016. In Paris, the annual Hello Tomorrow global summit is scheduled for October 13-14, 2016 at Le Centquatre. The Hello Tomorrow conferences bring experts from around the world to discuss the future of technology and are focused on bringing technical innovations to market. 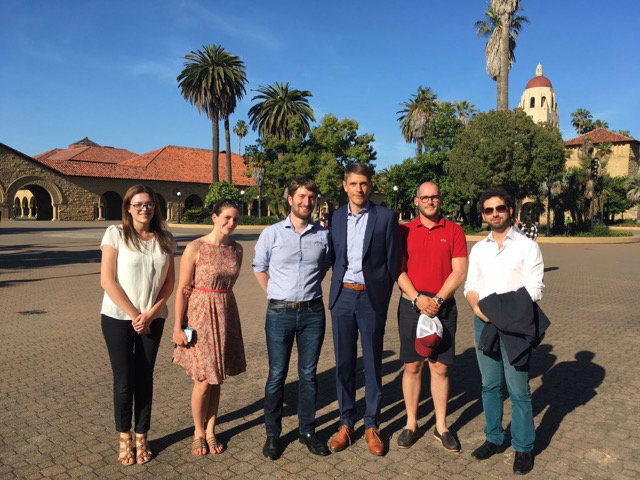 Lebrun-Damiens on the job in California

The fintech (financial technology) industry holds interest because innovations are spread beyond the San Francisco Bay Area. Companies in Portland, Seattle and Salt Lake City are looking at ways to replace money. These can be microcredit, PayPal, virtual money and other ways to pay without cash or traditional credit. The world is often ahead of the U.S. in implementing new ways to pay, and the French are working to bring ideas here. For example, the French bus operator Isilines is experimenting using virtual currency Bitcoin for payment. Can San Francisco’s Muni or Santa Clara’s VTA be far behind?

Important to Lebrun-Damiens is the increase in awareness of the success of French companies in the U.S. For example, a recent successful IPO was Talend, which provides software that analyses and manages big data for companies. The technology behind Talend was developed in a suburb of Paris, and the R&D is done in Nantes. But the headquarters are in Redwood City, a peninsula city near Silicon Valley. Criteo is a French online advertising company based in Paris, but its offices in San Francisco and Palo Alto are in the heart of Silicon Valley, and make it appear local.

“Nobody realizes (these companies) are French,” he said. “Innovation has always been a focus in France, and we are walking in the footsteps of our predecessors. Research often starts in France while the marketing is in the U.S. We want to enlarge from start-ups, and internationalize our companies.” 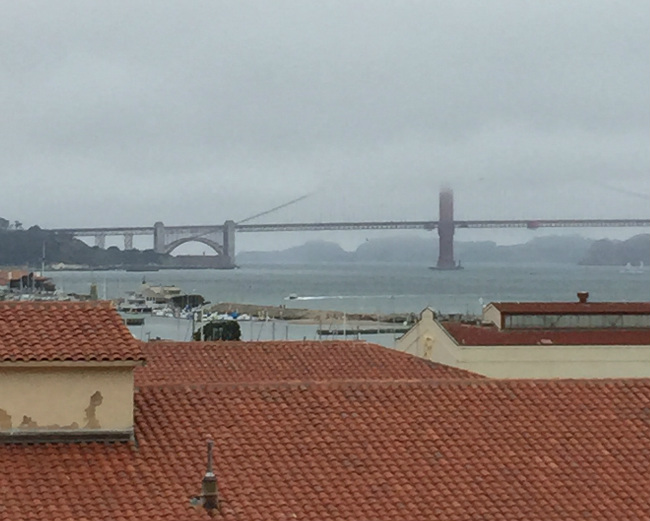 Karl the Fog covers the top of the Golden Gate Bridge as seen from above Fort Mason, an Army post for over 100 years & a principal port for the WW2 Pacific campaign. Photo: Martha Sessums

But Lebrun-Damiens’ efforts are not focused just on technology. Culture plays an important part of his support too, from the arts to gay rights. French cinema, book festivals, art, music, exhibitions and diversity are part of la discussion and support from the Consulate. “Gender in Translation” is a current Franco-American event that holds discussions with philosophers, social scientists, writers and artists to question the notion of gender in these fields and in society. The event is presented by the Cultural Services of the French Consulate in San Francisco and will host events in the city and Berkeley.

All of this is on top of the usual jobs of a Consul General – working with French expats and visitors to ensure paperwork, visas, green cards, housing, etc. are handled in a reasonable, timely manner.

“There are 60,000 French in this area,” said Lebrun-Damiens. “This is a place where people exchange help and ideas. They build networks and start doing something together.” 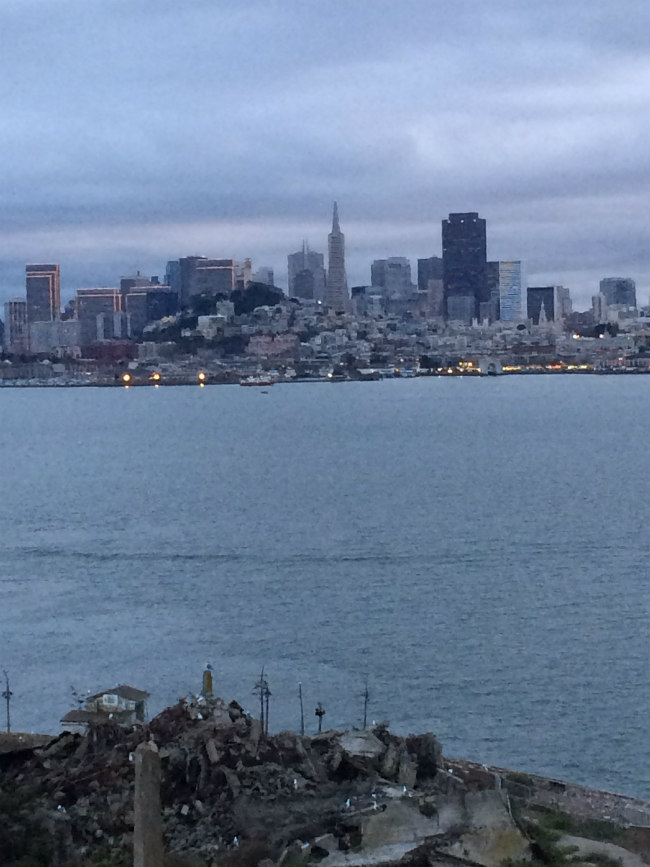 Each Consul General lives in the French Residence, which is located in the Cole Valley section of San Francisco. It is close to our famous Golden Gate Park and Twin Peaks, and near Sutro Forest, a eucalyptus grove below Sutro Tower.

The only thing Lebrun-Damiens dislikes is San Francisco’s famous fog, especially in August when it often lasts all day. (Karl The Fog calls it Fogust.) But Lebrun-Damiens sees French culture everywhere in the city, from the terraced restaurants in Cole Valley, to the Legion of Honor, to the old French Quarter downtown. The many locations with a French flair, the cultural events and the French technology success stories add to the richness of his experiences.

“I’m far from Paris,” he said, “but the opportunity to see France (here) is huge.” 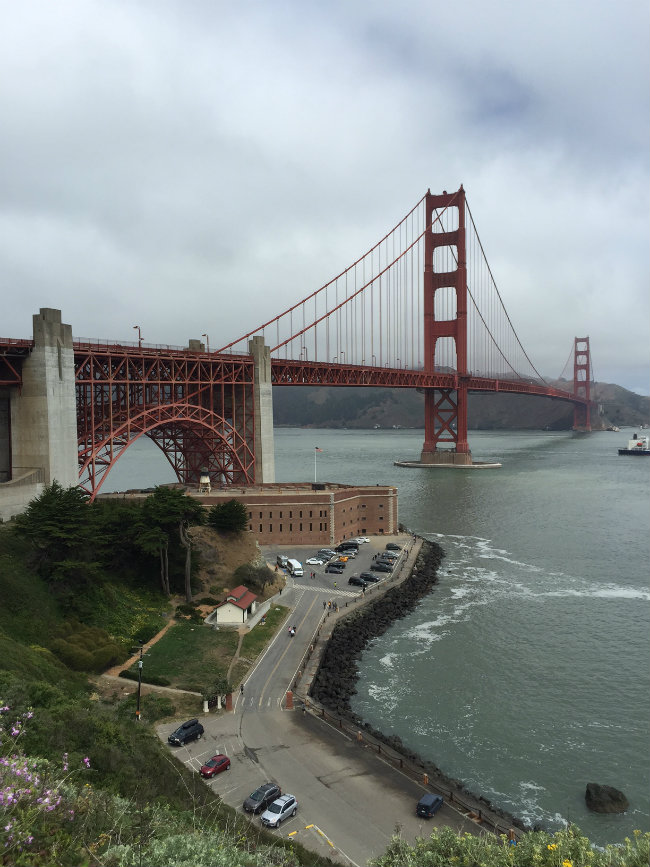 Previous Article Museum Watch: Impressionism at the Musée de Pont-Aven, Brittany
Next Article Where to Stay in Provence: Villa Baulieu