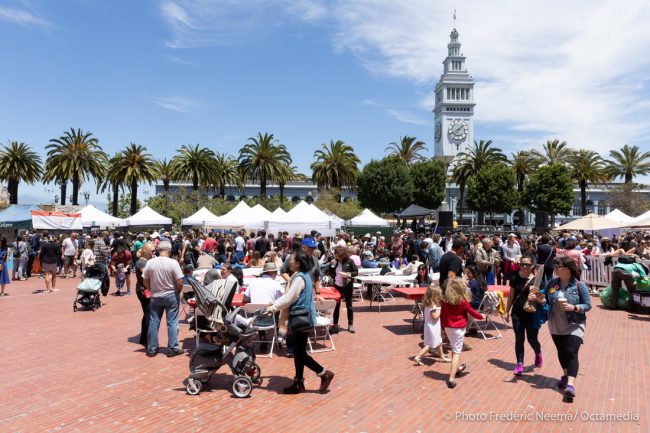 San Francisco first celebrated Bastille Day in 1880, the year that France established July 14 as the national holiday to honour the French Republic. Over the last 139 years, the French community in the City by the Bay has celebrated La Fête Nationale in ways big and small – from parades on Treasure island in 1939 to low-profile war and after-war years to a reestablishment of day-long celebrations along the Embarcadero ending with a dance party called la Bal Populaire. This year, La Fête Nationale is taking off in a variety of ways to celebrate. 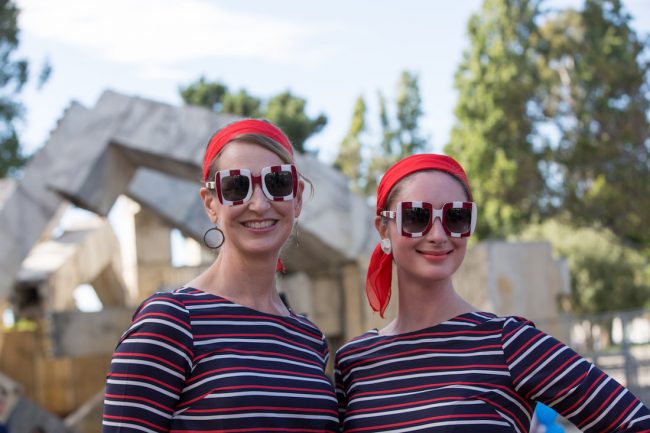 The major celebration is the Bastille Day Festival on the Embarcadero Plaza right across from the iconic Ferry Building. This is the third year that Comite Officiel has put on the party and it promises to be superb. On Saturday, July 13 from 11 am to 7 pm, the Plaza will be full of booths offering French wine, pastis, French food, a beer garden, an outdoor bistro, a vintage Citröen car show, pétanque competitions, a fashion show, kids playground, live music and more. Three Alliance Française groups will have booths – San Francisco, Silicon Valley and Berkeley – where they will provide information about their language classes and French education events. Entrance to the Festival is free. 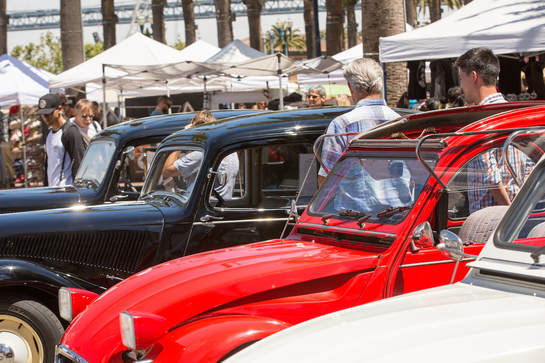 This year, Tahiti (French Polynesia) gets involved. In partnership with French Bee Airlines, the Moorea Swing Boys Tahitian dance group will fly in from Tahiti to perform their Tamaure-style of dancing. Performers will show off their colourful costumes including skirts made of strips of bark and elaborate headdresses of feathers, shells, leaves and flowers. Tahitian dancers use rapid hip shaking and knee movements to the rhythm of drums to help “tell the story” of the dance. Attendees can not only learn how to dance Tamaure-style, but also French Bee is offering a drawing for two tickets from San Francisco to Tahiti. La orana (hello), Tahaiti. Bonjour, too. 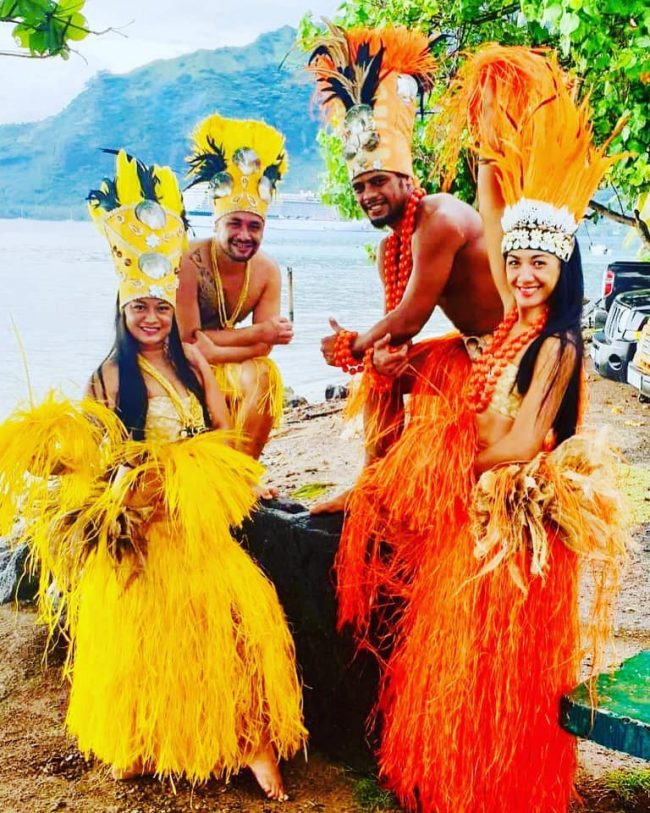 The Bastille Day Festival is organised under the patronage of the Consul General of France in San Francisco, Emmanuel Lebrun-Damiens. He is enthusiastic about Bastille Day everywhere in the world.

“Growing up, my family used to take vacations in July and we always spent Bastille Day in remote places abroad, which was a great source of frustration for me who wanted to take part in the national celebrations and see the fireworks,” said Lebrun-Damiens. “Perhaps this is why I chose to be a diplomat: by taking part in the organisation of Bastille Day, I am sure never to miss it again! I always find it very moving to see how French communities gather to celebrate not only their citizenship but also the friendship between the country they live in and the country they are from.” 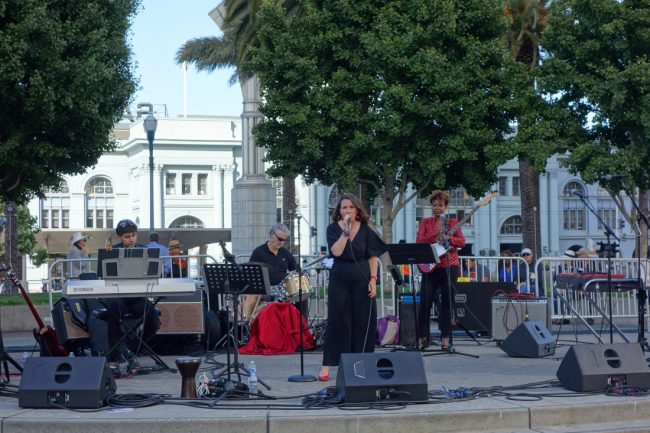 But Bastille Day is not just fireworks for Lebrun-Damiens who brings the celebration back to the times France has fought for its independence.

“Every year, on the eve of Bastille Day, we bestow American veterans who fought in France during the Second World War with the Legion of Honour,” he said. “By serving their countries, these amazing people saved ours. In this ceremony, we reflect on the sacrifice made by so many people in history to defend democracy and freedom. It is important on our national day to remember the bravery of all those to whom we owe the independence of our country.” 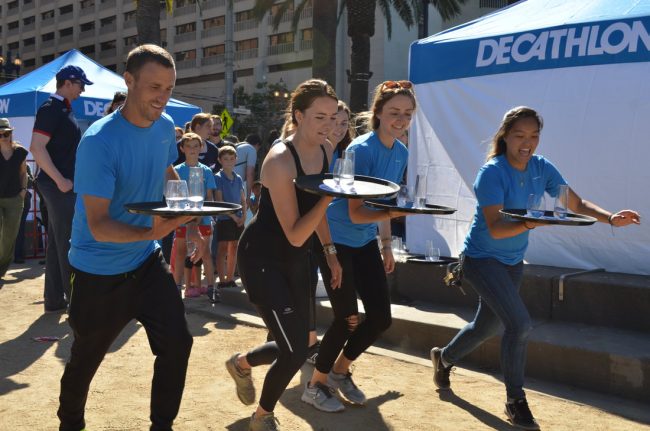 The Bastille Day Festival will conclude with a dance party. Although in France the Bal Populaire includes dancing with French firemen and firewomen, the San Francisco tradition is to enjoy fabulous local French bands sans the fire brigade. The City’s only authentic 60s French “Yé-Yé” band Rue ’66 will play, followed by French Oak, a French jazz gipsy band.

If music is your interest, a program of French music to celebrate Bastille Day will be held at St. Mary’s Cathedral on Sunday, July 14 at 4 pm and will include works by Clerambault, Langlais and Franck. 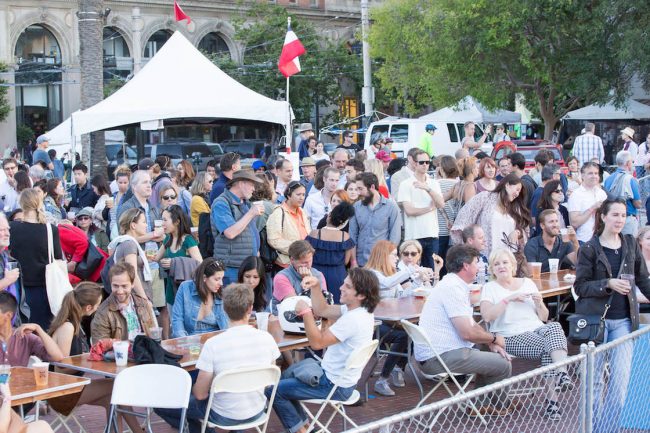 The Freight & Salvage in Berkeley will host Bastille Day at the Freight on Sunday July 14 at 7 pm. Featured band will be SonoMusette which claims to “create and capture vintage Parisian songs with passion and power.”

Prefer theatre? The San Francisco Public Library will hold a reading of The Revolutionists, a thought-provoking comedy about women in the French Revolution. This play about badass women who must decide their role in the Revolution will happen on Sunday, July 14 from 2 – 4 pm at the Koret Auditorium in the Main Library. 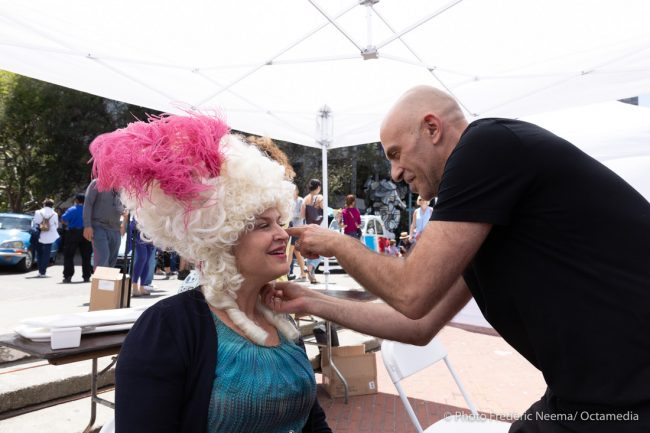 If attending a Bastille Day event isn’t your thing, but you love French art and artists, here is a selection of the best available in the Bay Area.

Fantaisie Française: Prints from the Vanderryn Collection is ongoing at the Legion of Honour in San Francisco.

The Napa Valley Museum in Yountville is showing Picasso & the Masters of 20th-Century Printmaking. Catch it before July 14 because it closes on Bastille Day.

Rodin: Shock of the Modern Body continues at Stanford University in Palo Alto at the Cantor Arts Center.

When San Francisco celebrated Bastille Day in 1897, then Mayor James D. Phelan made the following statement:

“Ladies and gentlemen: San Francisco is one of the most cosmopolitan cities in the world, and from the very beginning its French population has been conspicuous in its development. Their love of the Republic, their enthusiasm for freedom, their artistic tastes and accomplishments have contributed to the building of the City and the strength of the State. The character of California’s soil and climate, resembling France, makes them feel at home, and has wedded them with ties of love and affection to the Golden State. This is the French national holiday, and its significance is in full accord with the principles that underlie the structure of the American Government. America celebrates the 4th of July; France, a few days later, the 14th. The one following the other is more than a coincidence— it is a consequence.”

Previous Article A Taste of Freedom: On the Trail of Oscar Wilde in Paris
Next Article La Colo, Summer Camp: Learn French Language