Hidden History: The Dancers of Saint-Paul

It is the late 1960s. A visitor to Saint-Paul-de-Vence meanders through the medieval streets and pauses to sit on a wall where he is surrounded by dozens of cats emerging from the door of a squalid house. A woman in a gaudy dress appears with flowers in her hair. She tells the visitor she was once a great dancer. “I still dance, look!” she says, and begins to dance in the little street with the cats at her feet. Later, returning to the village, he can’t find the house and begins to think it may all have been a hallucination. Making enquiries, no one in the village knows what he is talking about.

About 500 years ago when they built the enormous ramparts to fortify Saint-Paul against the armies of Charles V, Holy Roman Emperor, they could hardly have imagined the curious invaders of the 20th and 21st centuries. The village is so improbably picturesque, so romantically perched on its hill, gazing south over the Mediterranean towards Antibes with a protective cloak of mountains to the north, it could hardly fail to attract new kinds of attention.

It started in the 1920s. They came, drawn by the light and the charm of the terraces covered with vines, olive trees, orange blossom, roses and jasmine. At first it was the painters, sculptors, novelists and poets. Then came the film stars and celebrities. You’ll see photos of them dining on the terrace of the Colombe d’Or and playing pétanque in front of the Café de la Place. The star-studded cast included artists Picasso, Matisse, Verdet, Miró, Dufy, Braque, Signac, Chagall, Calder and writers Hemingway, Jacques Prévert, F. Scott Fitzgerald and James Baldwin. Celebrity endorsement followed with screen stars Yves Montand, Lino Ventura, Alain Delon, Simone Signoret, Kirk Douglas, Orson Welles, Roger Moore – the list goes on. 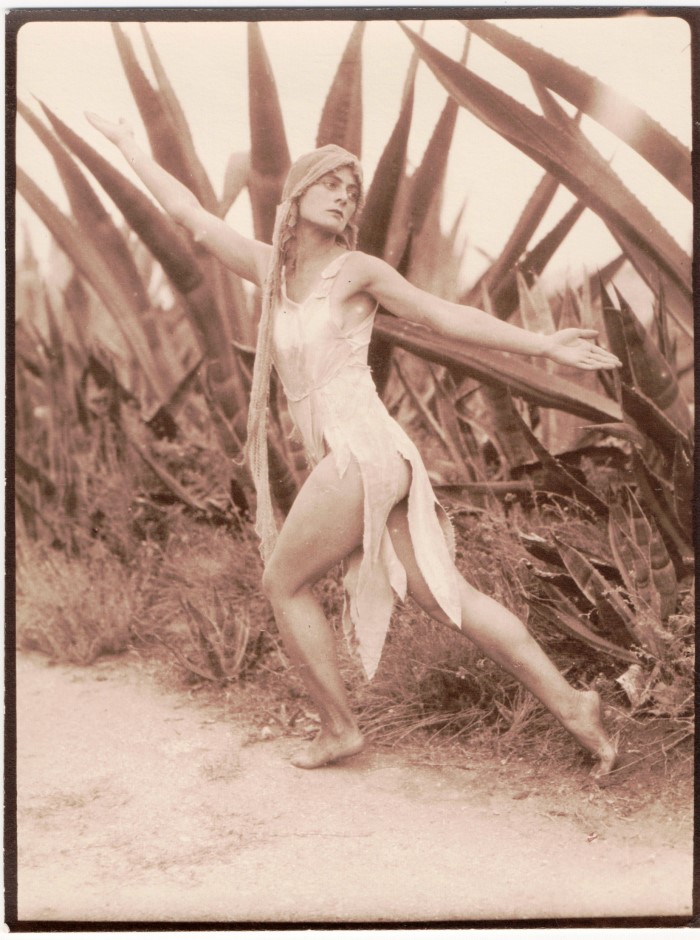 LIVING LIFE TO THE FULL

I thought I had a handle on Saint-Paul’s mythic status in the art world when I met Richard Emerson, village resident and author of Rhythm & Colour, a masterful portrait of two celebrated avant-garde dancers: Loïs Hutton and Hélène Vanel. Unknown to me, before the above-named talents first set eyes on Saint-Paul, when the legendary Colombe d’Or restaurant was still merely the rustic Café Robinson (founded by current owner Paul Roux’s grandfather), two talented young women arrived in the village. They went on to create a cultural magnet in the heart of the vieux village, capable of attracting a diverse audience of the rich and famous, renowned artists and impoverished hopefuls, critics and social climbers – all crammed together expectantly in a back-street basement.

Like so many young French women of her generation, Hélène Vanel emerged from the suffering of the Great War determined to grasp whatever excitement life might offer. Inspired at an early age by the latest dance trends she embraced the freedom of her Grande École education and then in 1919 moved to Cambridge in England as an au pair for a senior college tutor. Two years of exposure to post-war Cambridge cultural life gave her a grounding in modernist thinking and a chance to take part in stage productions. When a friend introduced her to the Margaret Morris School in London she was captivated by the opportunities and wrote: “everything seemed possible: dancing, writing, and composing; painting and sculpture; masks and costumes; sets, theatre and the stage.”

On her first day at the school, she met a young British woman, five years her senior, by the name of Loïs Hutton. Unbeknown to her, their futures would become entwined for the next two decades, setting stages ablaze with abstract dance performances from Paris to the Riviera and in their beloved Saint-Paul. 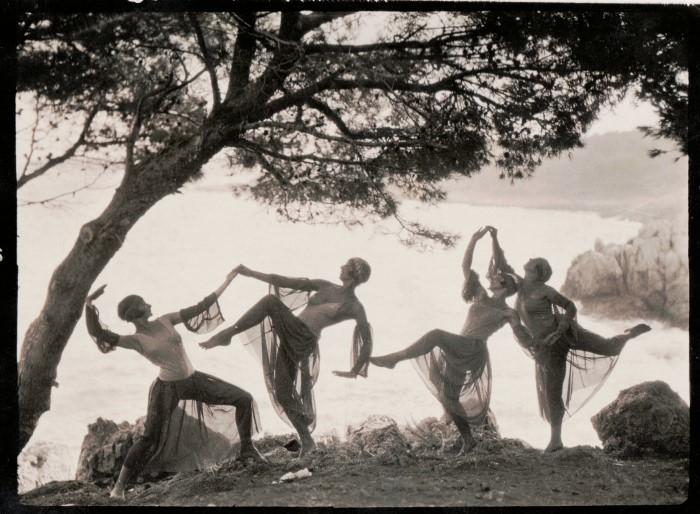 Loïs Hutton had enrolled in the Margaret Morris school in 1918, having spent most of the war years as a gym and games mistress at Roedean girls school. Morris had often dreamed of a summer school in the South of France, having enjoyed vacations with her husband (the artist John Duncan Fergusson) at George Davison’s Château des Enfants on the Cap d’Antibes.

When the wealthy Davison suggested running a summer school at his château, Morris jumped at the chance, joined by her trusted protegé Loïs.

Hélène, a junior pupil who was beginning to emerge as a talent in her own right, was one of the lucky students to join the French adventure. Leaving London behind in August 1923, the Cap d’Antibes must have seemed a paradise. The troupe stayed at the Hôtel Beau Site and performed at the Château des Enfants. The young dancers would spend their days in an idyllic round of rehearsals under the pine trees, swimming off the rocks and sunbathing. Soon they were in the midst of glamorous expats like the Murphys (the inspiration for F. Scott Fitzgerald’s Tender is the Night) and artists like Picasso, Charles Rennie Mackintosh and Paul Vézelay. Pictures of the girls dancing in the woods and diving into the water appeared in Vogue and Tatler. 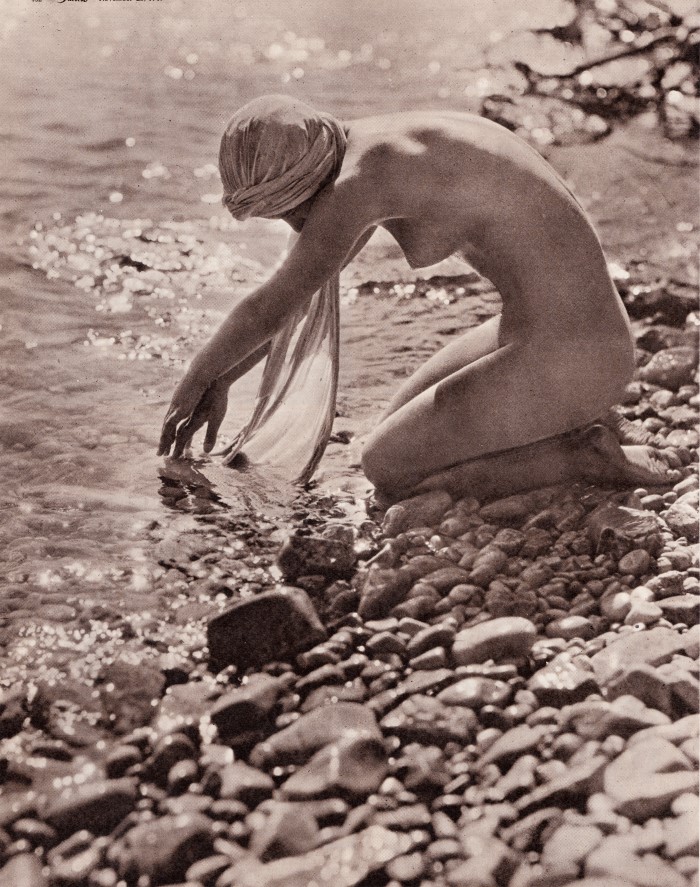 Staying on to recuperate from a bout of TB, Loïs discovered the sleepy village of Saint-Paul and rented a house, where she was later joined by Hélène. The pair spent the next few years developing new techniques and building their reputations.

Author Richard Emerson told me: “Their dancing was modern barefoot dancing as developed in America by Isadora Duncan. This rejected the artificiality of classical ballet and sought to return to dance’s natural roots. Margaret Morris, who was taught by Raymond Duncan, was the leading barefoot dancer in Britain. “Loïs and particularly Hélène moved on from this type of dance to a more expressionistic and eventually surrealist form of dancing.”

Despite mixed reactions from critics, their talents began to be appreciated and Loïs, who could be headstrong, felt the time was right to branch out on their own. One warm evening at the Cap d’Antibes tensions boiled over. Hélène wrote later: “Someone told me that Loïs had gone, alone in the dark, down towards the sea… I found her among the scent-ﬁlled paths where the darkness hid her wounds and there our projects, our life together and our future took shape.”

The die was cast. That September, as the Margaret Morris entourage returned to London, Helen and Loïs stayed on in the village house in Saint-Paul working on their new dance manifesto.

The following years were a whirlwind, with students arriving from London, classes, performances at La Colombe d’Or and at hotels on the coast, star bookings in Paris music halls, with enthusiastic receptions and private recitals for wealthy clients. Eventually, as the myth of the dancing girls in the woods above Saint-Paul was taking root, Loïs and Hélène came across two ﬂoors of an old house in Saint-Paul’s Rue des Bauques. It was dark and primitive, but it had the space for rehearsals and even performances. With some tidying up, the rooms eventually yielded to their efforts and the Théatre Rythme et Couleur was born.

Winter and summer, Saint-Paul was now ﬁrmly on the map, with La Colombe d’Or centre-stage as the place to be seen by wealthy, cultured tourists from Britain and the US, as well as by a new colony of literati from Paris-Montparnasse. They came in their droves, not just for the eccentric dining experience of La Colombe d’Or but for the famous dancers: Loïs and Hélène.

Richard Emerson described them: “Sad and funny, tragic or elegiac, one French, the other English, one blonde, one brunette, they attracted the most glamorous people in the world, from Dalí to the Duke of Windsor, from Picasso to Maréchal Pétain, examples of a third new culture to which Saint-Paul gave life.” Driving up from Cannes and Nice in elegant motorcars the audiences would squeeze into the dimly lit theatre, laughing at the paucity of the furnishings but ultimately won over by the bravura skill and sheer drama of the evening’s performance. 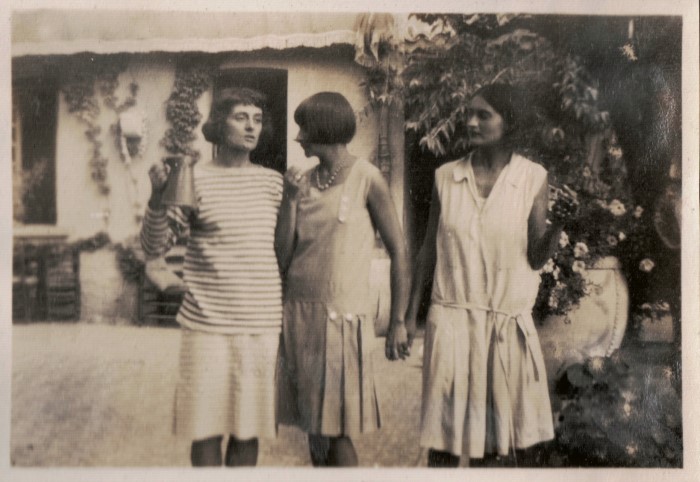 The ﬂame burned strongly for many years but eventually, in 1934, the relationship between Hélène and Loïs, which had always been much more than artistic, soured, and Hélène left to return to her beloved Paris, with the new love of her life in tow. Her memoir reads: “Leaving the little theatre, Loïs and the ramparts behind, and the cats, my cat, who was part of Saint-Paul, was a kind of suicide. Part of my life burnt up, disappeared. I left with a sort of numbness…”

Hélène would go on to work with the Surrealists André Breton, Man Ray and Salvador Dalí. She continued dancing for many years in Paris and later in life took up painting, always preferring the company of young artists to established ﬁgures. 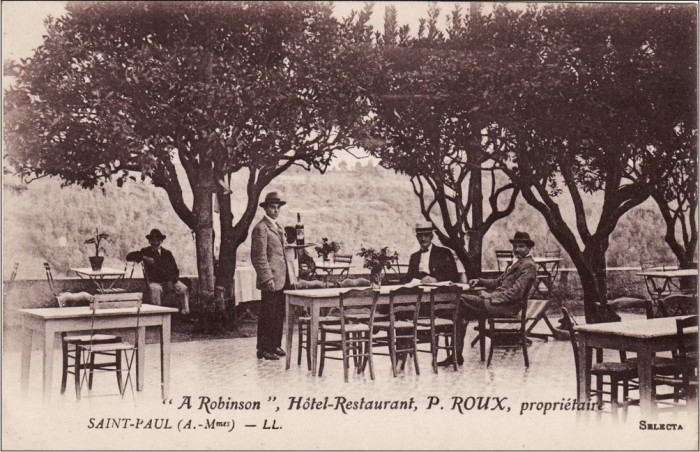 Paul Roux at the Cafe Robinson

DANCING TO THE END

Loïs stayed on in the village. Dance remained her ﬁrst love and she did her best to keep the theatre going. As a non-Jewish alien in Vichy France, she struggled through the war years, always hungry, with no ration card. In 1950 there was a brief ﬂicker of fame when Paris Match ran a major feature on the cultural life of Saint-Paul, labelling Loïs as “The Founder”. She staged ad-hoc performances in the village up until the 1960s, remaining close friends with Margaret Morris and John Duncan Fergusson. From Saint-Paul she wrote to them on the back of a postcard: “Thank you for setting my mind free, and so changing the direction of my life… even though I am no longer dancing, all I learned of ‘rhythm and colour’ I learnt from you and this still lives with me HERE”.

In the following years, Loïs’s mental health began to decline, and her behaviour became more erratic with the onset of dementia, but she stayed in Saint-Paul until the last few years of her life. Long enough for that lucky visitor to meet the eccentric, dancing cat-lady, without ever knowing who she was, and how incredibly rich her life had been.