In the Footsteps of Colette in France 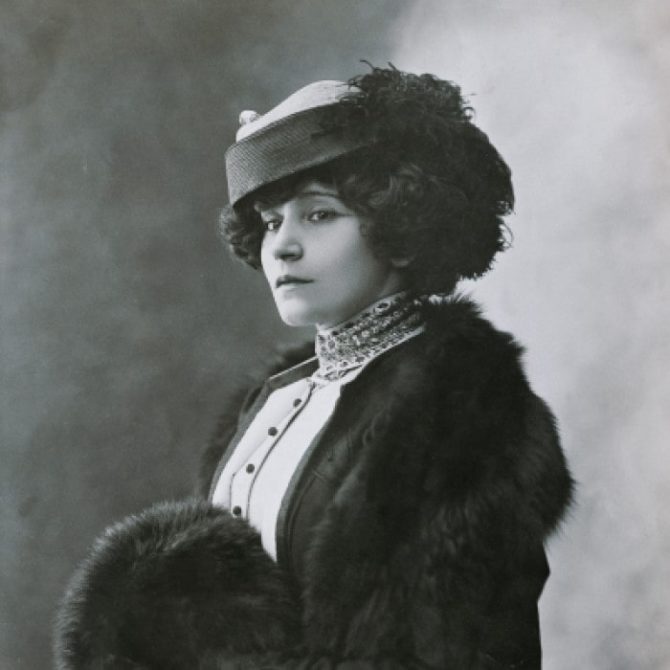 A prolific writer, Colette had many homes and many loves during her life. Hazel Smith follows her from a childhood in Burgundy to her final years in Paris.

Colette is one of the most famous names in French literature. In the public eye from the age of 21, the tales that surrounded her were as scandalous as the ones she wrote. In the music hall, she shocked audiences by baring a breast. She often dressed as a man and had a relationship with another woman. An affair with her teenage stepson inspired a best-selling novel. And yet her talent was such that Colette was nominated for the Nobel Prize for Literature, and became the second female Grand Officer of France’s Légion d’honneur.

The Burgundy countryside shaped Colette: she never lost her provincial accent nor her love for the land. However, once she made the transition to Paris, she became rootless – loving and living impulsively.

Born Gabrielle Sidonie Colette in 1873 in Saint-Sauveur-en-Puisaye, in the Yonne département, Colette was the youngest in a household of half-siblings. Her mother’s Utopian ideals shaped Colette into an aesthete; always looking, listening, tasting and smelling. Theirs was a long house on a sloping street in the centre of town. Colette called it “a large, serious, surly house… a house which smiled only on its garden.” She recalled her birthplace in La Maison de Claudine (1922) and Sido (1930), recollecting days redolent with garlic and adolescent bellies warmed with wine. Her small school was the basis for her Claudine novels; the nearby woods a source of Colette’s early passion for nature. Hers were dreamy, empty days in which discoveries of lilies of the valley, foxgloves and wild strawberries caused her great delight. 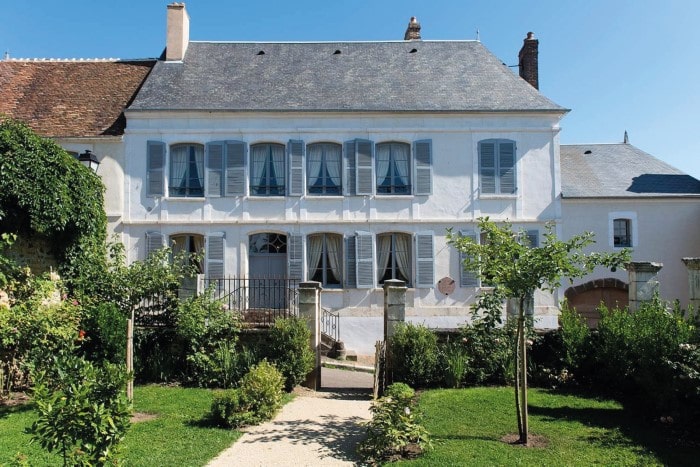 The Maison de Colette still exists, largely unchanged thanks to the dedicated work of Colette enthusiasts. In the Musée Colette in the village château, you’ll find a recreation Colette’s writing space and a gallery, library and films. In 1891, financial imprudence forced Colette’s father, Jules, to sell up and move to the village of Châtillon-Coligny, where Colette’s half-brother was the local doctor. The family resettled at 9 rue de l’Égalité. From here, the adolescent Colette dreamed of being whisked away – and one day it happened: her provincial childhood ended when at 19, she married Henri Gauthier-Villars, known as Willy, who was 15 years her senior. A wit and a literary agent, he was a man-about-town whose town was Paris. While this scenario seemed appealing, Willy was as unattractive inside as he was on the outside.

The Move to Paris

Colette was the epitome of a country mouse in the city. She left her beloved countryside for dank bachelor’s quarters, living with Willy in a less-than-salubrious situation at 55 Quai des Grands-Augustins, which she described as a, “shameless apartment, arranged for the convenience and negligence of a dissolute bachelor” in Mes Apprentissages in 1936.

Their next home was a dilapidated attic ‘’soaked in yellow gloom” at 28 rue Jacob in Saint-Germain-des-Prés where they lived from June 1893 to 1896. Ostensibly a tireless writer and publisher, Willy was actually a shameless self-promoter with a stable of paid ghostwriters. Like an ogre in a fairy tale, he kept Colette locked inside their Paris apartment until she had spun some licentious yarns. In captivity, Colette created the character Claudine, a saucy schoolgirl loosely based on her own experiences in Saint-Sauveur. Published under Willy’s name, these stories were a huge success and enabled the couple to move to roomier Right Bank accommodations on rue de Courcelles. 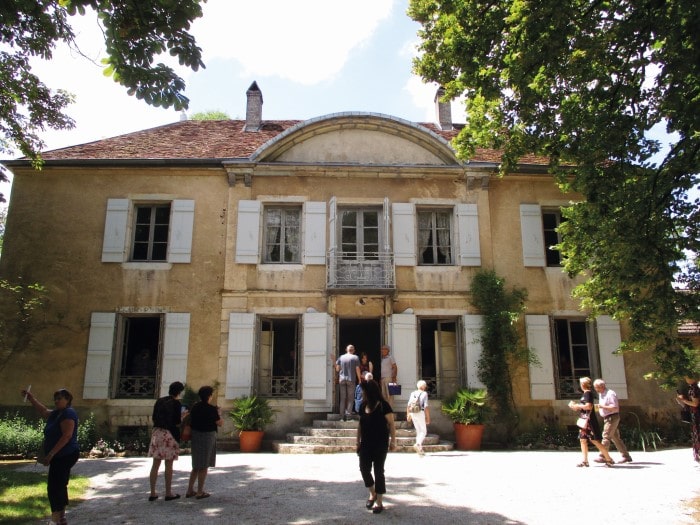 The house at Besançon, where she lived with her first husband © Wikipedia Commons

With their newfound wealth they bought a 19th-century Directoire-style country house set in a wooded park in Les Montboucons, near Besançon. An oasis of inspiration for Colette, she enjoyed this rural location immensely. During the summers between 1901 and 1905, she wrote La Retraite Sentimentale and based the fictional Casamène on her country retreat. The Montboucons house is only open to the public on special occasions such as Heritage Days.

Colette left Willy after 13 years of marriage and in 1906 she moved into the chestnut-shaded ground floor of 44 rue de Villejust (rue de Paul Valéry) in Paris, where she revelled in her new freedom. She often visited 2 rue Georges-Ville, the home of Missy, the Marchioness de Belbeuf, a wealthy aristocrat who lived as a man and with whom Colette began a complex love affair. Colette supplemented her writing by becoming a music hall performer. She grudgingly left Villejust in 1908 and moved to 25 rue Saint-Senoch, her Paris address until 1911. 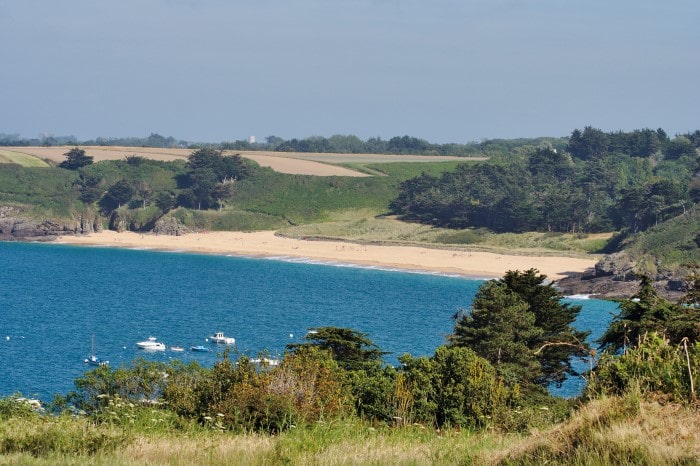 The couple often visited Le Crotoy, on the northern coast, where, inspired by its beauty, Colette wrote part of Vrilles de la vigne (1908). Missy bought Roz-Ven, a large beach house near Saint-Coulomb in 1910. Colette wrote of “this green sea cove, the complicated rocks, the little wood, the new trees and old, the warm terrace, the rose bushes, my yellow room, and the beach where the tide brings me treasure.” This stunning coast was the backdrop for Le Blé en herbe (1923). With the house in her name, Colette continued to visit Roz-Ven until 1926. Hard to find on any map, it sits behind the beach at La Touesse.

After six years with Missy, Colette’s attentions turned to Henry de Jouvenel, editor-in-chief of Le Matin, where Colette was a columnist. She settled in with him at 57 rue de Cortambert, in the Parisian neighbourhood of Passy, in a home fashioned to look like a Swiss chalet. When they married, Colette and Henry had a daughter whom they also named Colette. The chalet had the country ambiance that she loved; the large garden attracted her beloved wildlife. When Henry left for the Front during the First World War, Colette entered into a living arrangement with three independent women. With their bobbed hair and kohled eyes, Marguerite Moreno, Musidora and Annie de Pène dressed in trousers and shared the housework. It came to an end in the autumn of 1916, when a corner of the chalet collapsed in a storm, falling into the garden. Henry’s family also owned the Castel Novel in Varetz, which Colette visited in the summer months and where her daughter, known as Bel-Gazou, spent her childhood, cared for by her English nanny. It is now a luxury hotel. 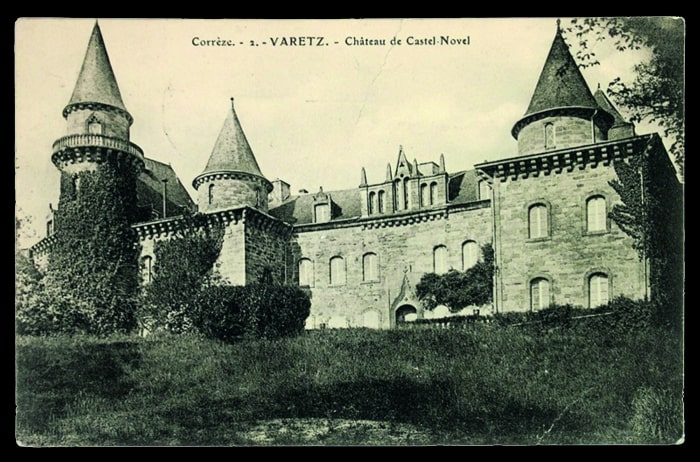 Colette and Henry spent a fraught decade in a small mansion at 69 boulevard Suchet in Auteuil, until Colette had a scandalous affair with Henry’s teenage son and her husband left her. She lived there alone until 1926 when she moved to the Palais-Royal on rue de Beaujolais. Colette took possession of the entresol, which she described as a low-ceilinged “lair”. She longed for an airier first-floor apartment.

Meanwhile, she was seduced by the Provençal countryside and a new love, Maurice Goudeket. She sold Roz-Ven, trading it for a house on Chemin de l’Estagnet in Saint-Tropez. Located on the Mediterranean, La Treille Muscate was a low-rise house with a sagging thatch porch, boasting “two hectares of vines, oranges, green and black fruited figs”, where the tangy sea air was filled with “the scent of eviscerated melons, nougat and sea urchins”. La Treille Muscate was the fictional setting for La Naissance du Jour (1928). But Saint-Tropez quickly turned from fishing village to fashionable resort and when new villas spoiled her view, Colette sold up in 1939. Privately owned, La Treille Muscate is sometimes open on Heritage Days.

In Paris, Colette bided her time on the Champs-Elysées with her new husband Maurice and their menagerie of pets, waiting for her Palais-Royal flat to become available.

She declared in an interview her unyielding desire to live on the Palais-Royal’s first floor. If she could only live there, she vowed never to move again. When the flat’s occupant read this, he vacated his apartment for her and in January 1938, Colette was yet again at the Palais-Royal. Here, stricken with arthritis and confined to her divan, Colette wrote her most famous work, Gigi. And she was true to her word: she never left the Palais-Royal, and died there in 1954. Now owned by designer Jacques Grange, Colette’s two beloved apartments have been converted into one. 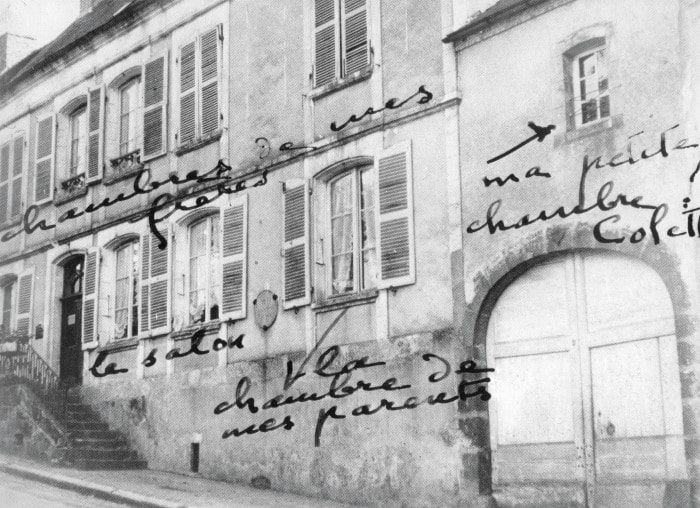