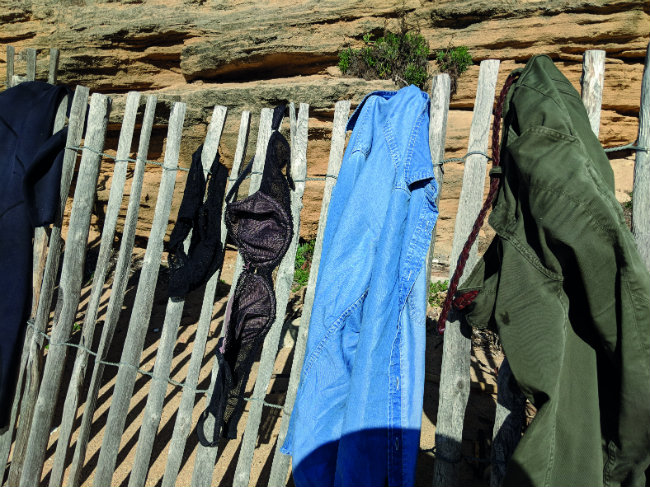 A visit to a nudist’s paradise is no big deal – right? Kristin Espinasse reveals all…

While renovating our home in La Ciotat, my husband and I decided to escape the dusty chaos by heading to the nearby Îles d’Or. “We’ve seen Porquerolles and Port Cros; why not try the third island?” I suggested.

“’L’Île du Levant…” Jean-Marc’s amused look turned contemplative. Before you could say “nudist’s paradise” he’d found a room overlooking the sea. The other islands had nothing like this in our budget. Perhaps it had to do with the ne print on the reservations page – something about libertins.

Our ferry docked at Port de l’Ayguade. Heading up to the village via a never-ending escalier, our climb was made pleasant by the lush scenery. Island cottages were engulfed in lush vines, including edible nasturtiums already flowering this side of spring. Eucalyptus trees perfumed the breeze; white flowering onions, as delicate as lace, lined our path.

Outside a dilapidated enclave, I set down my sac à dos and read the faded sign: “La Brise Marine: le plus bel endroit pour s’aimer à plusieurs…” There was no mistaking its message. This is when our innocent dare began to feel like a nightmare.

Risqué photos of naturists loomed in the courtyard, where the propriétaire appeared. Thirty-something, she sported a pixie haircut and wore an unexpectedly conservative, high-necked, long-sleeved chemise. But it was, after all, cold out – exactly why I’d felt comfortable coming here. The nudity law couldn’t possibly be enforced in winter!

“I’ll show you to your room and then tell you how things work here…” Madame’s words – and the way she observed us – fuelled my panicked imaginings about the hotel’s free-love undertone.

“The coffee machine…” she began. Coffee? Ouf! Close call! I was certain Madame was about to match us with Room 6 (occupied by two suspicious-looking sexagénaires). I’d seen her sizing us up but hoped, for once, my Puritan roots were showing – enough to put us in the hotel’s “sympathisers” (non-participants!) category, as per that fine print that was coming back to haunt me: “Notre établissement est réservé aux couples libertins ou sympathisants.” What surprises were in store for us? Not wanting to find out, I grabbed my one-and-only and dragged him to the exit. 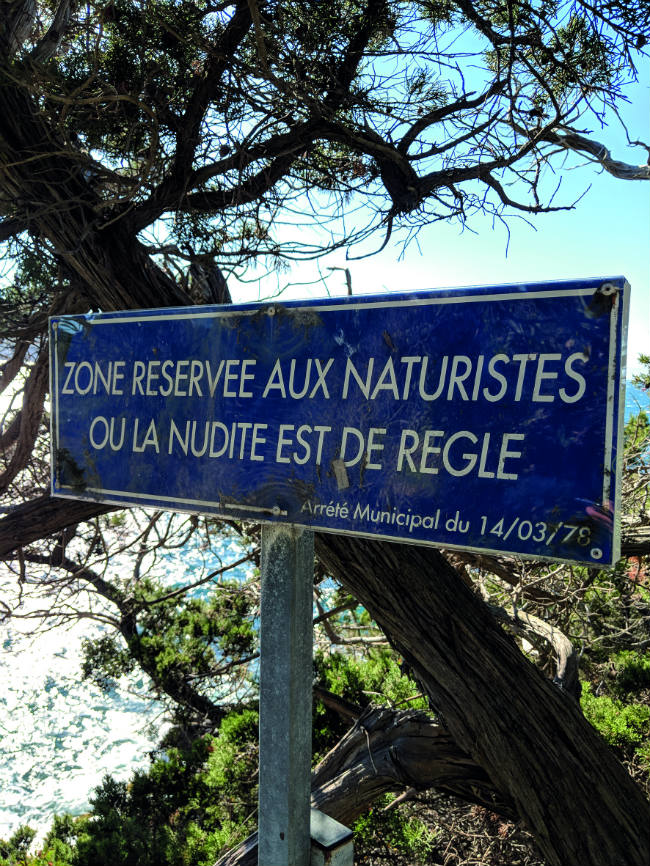 Fleeing, we ran smack into Madame’s partner, who wore a pareo wrap-around and nothing else. “Tonight we’re making a fire in the Chambre Spéciale…” (a communal room full of mattresses and more of those suggestive photos seen plastered outside).

“We’re just headed out for a hike,” I stuttered. “Well, we hope you’ll join us later,” Monsieur hinted. Over my dead body! I thought. An hour later, Jean-Marc and I were clutching anything rooted to the ground along the coastal sentier onto which we’d ventured. The wind was blowing so hard that one false step would have had us hurtling down the side of the falaise! I swore I’d rather be back in la Chambre Spéciale – being chased around a pile of mattresses by a couple of 60-something swingers – than plunging to my death!

We made it back to the hotel alive, in time to sidestep the libertins, grab our beach towels, and retreat to the nudist beach I’d feared all along. After our lively island initiation, how easy it was, now, to throw our cares – and our clothes – to the wind.