Read the Signs: The Promenade des Anglais in Nice 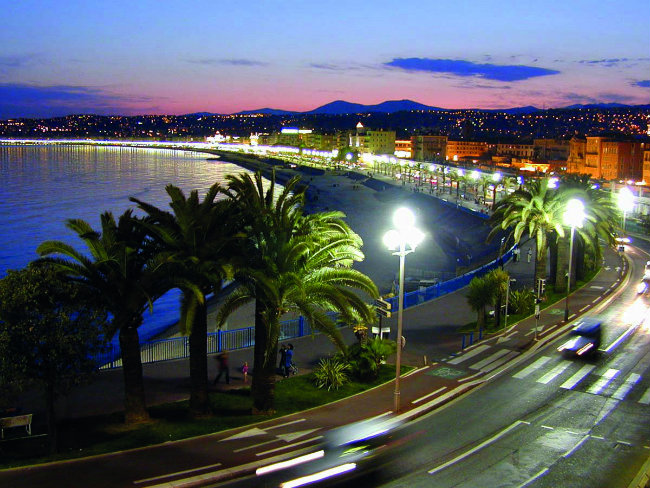 One of the most iconic boulevards in France, the Promenade des Anglais stretches 7km around Nice‘s Bay of Angels. The busy street is lined with shops, hotels and restaurants, and the city’s festivals all take place on or pass along it. But how did it come to be called the ‘English Walk’?

In the 18th century, certain well-heeled English folk took to building their winter pieds-à-terre at Nice, enticed by the warm climate, laid-back lifestyle and exotic atmosphere.

At that time the thoroughfare was barely wide enough for two horses to pass, but in 1820 an English resident, the Reverend Lewis Way, organised (and paid for) its development into something a little more substantial, which became known locally as the Chemin des Anglais.

The City of Nice took kindly to the idea of having a pleasant promenade along the front and increased the scope of the work, and – in respect to its builders – it later officially became La Promenade des Anglais.

Despite the tragic events of last year, the Promenade continues to be a favourite with tourists and locals keen to enjoy the sunshine and take in the sea views.

Previous Article Travel in Brittany: The Magic of Morbihan
Next Article Our Guide to Top Christmas Markets in France 2017