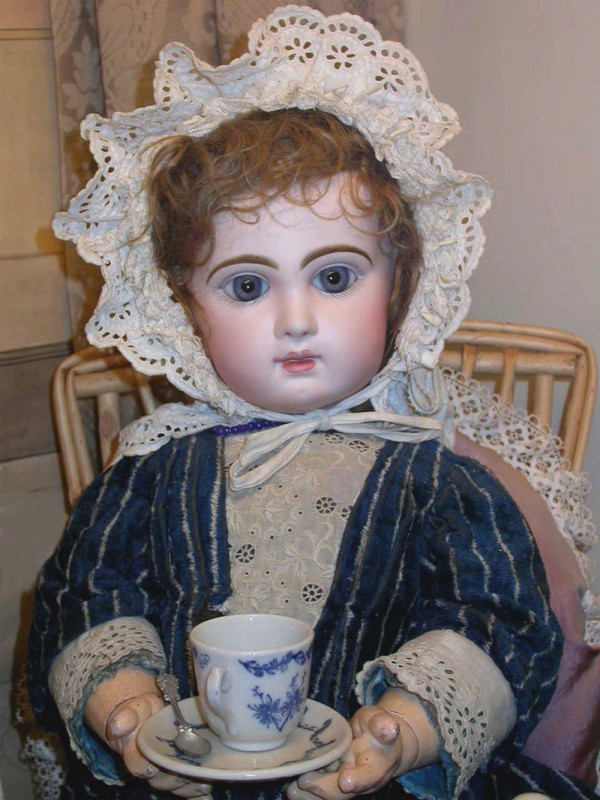 Paris has some 150 museums and exhibit spaces, among them many lesser-known and less-crowded gems that are a delightful refuge on a chilly day and a welcome relief from long lines at the Musée d’Orsay or the bedlam beneath the Louvre’s glass pyramid.

The Musée Nissim de Camondo near the Parc Monceau is one of my favorites. Sephardic Jews expelled from Spain at the end of the 15th century, the Camondos first went to Venice, and later to Istanbul, where they founded what became the largest bank in the Ottoman Empire. In the mid-19th century the family settled in Paris, where banker Moïse de Camondo—after his wife eloped with the Italian manager of their stables—devoted his life to his two children, Nissim and Béatrice, and to collecting 18th-century furniture and decorative art. In 1911, he replaced the family townhouse with the current mansion, patterned on the Petit Trianon at Versailles. But tragedy befell the family in 1917, when Nissim was killed in air combat, fighting for France in World War I. Devastated, Moïse decided to turn the house into a museum in Nissim’s memory, and when he died in 1935 he bequeathed both the house and his superb collection to Les Arts Décoratifs, the private museum association that also runs the Musée des Arts Décoratifs in a wing of the Louvre. But there was more tragedy in store: during World War II Moïse’s daughter Béatrice, his son-in-law and two grandchildren all died at Auschwitz.

The Camondo legacy is a fabulous museum, for the most part arranged just as it was while the family lived there. French furniture at its most exquisite, Savonnerie carpets, Aubusson and Beauvais tapestries, crystal chandeliers, Sèvres and Meissen porcelain, an Orloff silver dinner service commissioned for Catherine II of Russia, paintings by Elisabeth Vigée-Le Brun, Oudry and Guardi—each piece reflects the discernment of a connoisseur. I love the gorgeous dining room looking out onto the garden, its table magnificently set for dinner as if guests were expected momentarily. But it is the private apartments, filled with family memorabilia, that are the most touching, subtly evocative of the sad story behind the museum’s splendor. 63 rue de Monceau, 8th, 01.53.89.06.50. Closed Mon and Tue. website

The Musée Cognacq-Jay is also devoted to 18th-century furniture and art, and it too was a legacy, but the story is quite different. Théodore-Ernest Cognacq and his wife Marie-Louise Jay were the entrepreneurial founders of La Samaritaine department store, where they made their fortune. Unlike Moïse de Camondo, Cognacq was no connoisseur, and he hired art dealers to build up his collection. Marie-Louise thought that collecting art was a waste of time altogether, but Ernest believed it would enhance their social standing. When they donated their collection to the city of Paris, they specified that it should remain in its original site, their mansion on the Boulevard des Capucines, near the church of La Madeleine. But the city transferred the museum to the Hôtel Donon, a hôtel particulier in the Marais, in December 1990.

No matter how it was amassed, the collection is remarkable, with paintings by Fragonard, Boucher, Watteau, Nattier, Greuze and Quentin La Tour, among others, along with porcelain, snuff boxes, Aubusson tapestries and, not least, a canopy bed that once belonged to Louis XVI’s aunt, Madame Adélaïde. 8 rue Elzévir, 3rd, 01.40.27.07.21. Closed Mon. website

The Musée National Jean-Jacques Henner, in a late 19th-century townhouse, reopened last November after a complete two-year renovation. Near the Place du Général Catroux, formerly the Place Malesherbes, the museum sits squarely in what was the residential district of the city’s successful elite, both financiers and artists, including Emile Zola’s courtesan Nana (a character inspired by the real-life Comtesse de Valtesse), and actress Sarah Bernhardt, whose home on rue Fortuny was built by the same architect, Nicolas Félix Escalier.

The museum’s mansion was bought by Marie Henner, the widow of Henner’s nephew, and donated to the state to house the artist’s work. Although Henner never lived here, he sometimes dined with the original proprietor, Guillaume Dubufe, a fellow society painter who would have shared the same lifestyle and eclectic taste. Here French Renaissance mixes happily with various exotic styles—Egyptian mashrabiyas, decorations inspired by the Alhambra—with a bit of Delft and China thrown in here and there.

Henner (1829-1905) was one of the most appreciated painters of his generation. When one of his early paintings, influenced by Manet, received a scathing review, he chose to destroy it and follow the conservative path of the Academic painters, the one that led to social success. The museum houses the largest collection of his work, with 130 paintings that document his stylistic evolution, beginning with his early years in Alsace. The painting Rome, Terrasse de la Villa Médicis (1860) dates from his five-year stay at the Villa Medici as a winner of the Grand Prix de Rome; Alsace, Elle Attend (1871) alludes to France’s loss of Alsace after the Franco-Prussian War. The top floor is dedicated to his acclaimed society career, with the once much-in-vogue diaphanous nudes, including Les Naïades (1877), and a version of the allegorical La Vérité (1896-98) originally commissioned for the Sorbonne—both light years away from the revolutionary works being painted by Henner’s Impressionist contemporaries. 43 ave de Villiers, 17th, 01.47.63.42.73. Closed Tue. website

The Galérie-Musée Baccarat is intended to dazzle. Set up in the former home of the socialite Vicomtesse Marie-Laure de Noailles, this is the flagship of the Baccarat crystal manufacturer, also housing three boutiques and an upscale restaurant. The glittering interior was designed by Philippe Starck, except for the ballroom, which has preserved its original decor reminiscent of an 18th-century Italian palazzo. This is where Marie-Laure de Noailles played hostess to mid-20th-century Parisian society—Cocteau, Diaghilev, Picasso, Man Ray, Dalí, Buñuel and many others. The magic kicks in as soon as you step in, greeted by a 9,000-piece crystal chandelier inspired by the one in Indian filmmaker Satyajit Ray’s masterpiece, The Music Room.

Founded under Louis XV in 1764 to curtail import of glass from Bohemia and generate employment in depressed eastern France, the glassworks of Baccarat were transformed into crystal works only in 1816. It was a set of crystal glasses made for Louis XVIII that first made Baccarat’s reputation beyond France’s borders, and the gold medals awarded to Baccarat at the Universal Exhibitions of 1855 and 1867 catapulted it to worldwide fame. Renowned for its skill and innovative designs, Baccarat boasts among its staff 25 craftsmen who hold the distinction of Meilleur Ouvrier de France, a record number.

Among the museum’s highlights is one of twelve candelabra made for Czar Nicholas II, a 79-light extravaganza standing nearly ten feet tall. It is one of the two that were never delivered to the czar because of the Russian Revolution. A crystal pedestal table, stool and chair are replicas of pieces delivered on elephant back to an Indian maharajah. The gorgeous ruby red and clear crystal Simon vases were the winners of that gold medal in the 1867 Universal Exhibition. One section of the museum showcases special commissions for Baccarat’s most prestigious clients—the Prince of Wales, the Emperor of Japan, the Shah of Iran, King Farouk of Egypt, Josephine Baker, Coco Chanel, Aristotle Onassis, even Pope John Paul II. 11 pl des Etats-Unis, 16th, 01.40.22.11.00. Closed Sun and Tue. website

The Musée de la Poupée is hidden away in a charming, flowery dead-end alley between the Centre Pompidou and the Marais, opposite the recently opened Anne Frank Garden. Here the spell is cast by nostalgia, and you don’t need to bring along a child as an excuse for falling back into second childhood. Adults seem to enjoy themselves thoroughly, judging by the two elderly French ladies who were there on my last visit. This private museum was founded by father and son, Guido and Samy Odin, from the Piedmont region of Italy. The museum has some 500 antique dolls, dating from 1800 to 1919—mostly French, some German, a few from Japan. They are made of bisque, cloth, rubber, celluloid or plastic, and displayed chronologically in scenes that reflect their times.

Of particular historical interest are the Second Empire adult dolls known as Parisiennes, dressed in the fashion of the day. The next generation of dolls known as Bébés appeared at the 1878 World Fair. These romantic dolls, with large eyes, rosy cheeks, and curly hair streaming under all manner of bonnets and hats, are sometimes presented with their mothers, sometimes with pocket dolls known as mignonnettes. More realistic character dolls were introduced in the early 20th century, including black dolls presented in the setting of a colonial island. Some dolls have three faces to express different emotions, or mechanical devices to bring them alive, notably a baby doll who pops out of a cabbage, which according to French childhood lore is how all babies come into the world. Impasse Berthaud, 22 rue Beaubourg, 3rd, 01.42.72.73.11. Closed Mon. website

The Musée Dapper, between the Arc de Triomphe and Place Victor Hugo, is a must for aficionados of African arts. Named after the Dutch humanist and researcher Olfert Dapper whose Description of Africa (1686) was a crucial reference book, although he himself never set foot in Africa, the Dapper Foundation is based in Amsterdam. The private museum’s spacious, serene premises are pleasantly enhanced by earthy hues and include a shop with a wonderful selection of books, a pleasant cafeteria and a 190-seat auditorium. There is no permanent collection, only thematic temporary exhibits that run over long periods, but between exhibitions the museum closes and it is wise to check beforehand.

The Musée de la Poste in Montparnasse is much more exciting than it sounds—in this age of instant communications, traveling back through the history of postal services becomes a poetic experience. Multi-media aids and a wealth of models, costumes, engravings, postcards and maps accompany you along the convoluted journey once required for a missive to get from point A to point B. You will learn how the postage stamp came into being in 1848, and find out about revolutionary inventions—from Chappe’s telegraph in 1793 to the brilliant 1866 invention of the Paris pneumatique, a vacuum system that whizzed letters through underground tubes for immediate delivery—a system that remained in use until 1984. You will share with Antoine de Saint-Exupéry and Jean Mermoz the daredevil pioneering days of the Aéropostale service, and heave a sigh of regret at the sight of the gorgeous circa 1900 counter of the General Post Office, especially at this very time when counters—and employees—are disappearing from Parisian post offices, replaced by machines. 34 blvd de Vaugirard, 15th, 01.42.79.24.24. Closed Sun. website

Originally published in the February 2010 issue of France Today; updated in Oct 2010

View The Best Small Paris Museums in a larger map.