Hockney Makes a Splash in Paris 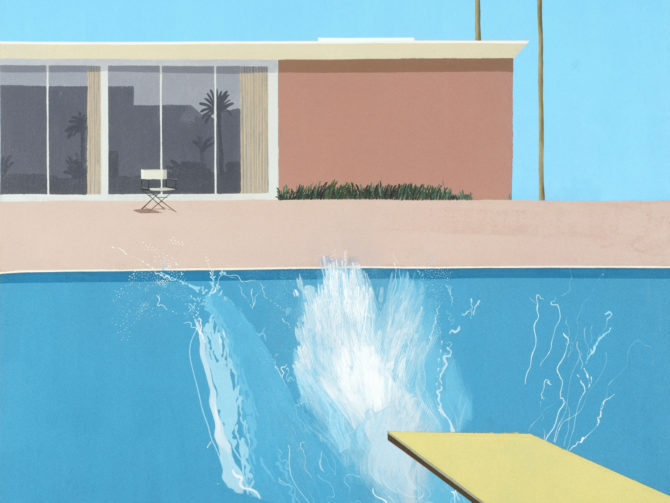 After more than 50 years, David Hockney not only shows little inclination to slow down, but he continues to push the limits of artistic creation. In his own words, “What else can you do? Picasso worked every day. Matisse worked every day. That’s what artists do, until they drop dead.”

In honour of his 80th birthday, Paris’s Centre Pompidou has unveiled the most comprehensive retrospective ever devoted to his work. Run in collaboration with London’s Tate Britain and the Metropolitan Museum of New York, the exhibition charts the evolution of Hockney’s oeuvre through more than 160 paintings, photographs, video installations and drawings; from his iconic swimming pools to his most recent digital pieces.

The curators of the exhibition open with Hockney’s youth in 50s industrial England, and his gritty social realism. The 60s give on to sunny and hedonistic California, with his large portraits and pool scenes, among which A Bigger Splash gained him widespread recognition and forever earned him a place in the pantheon of contemporary artists. Hockney’s response to cubism and the attempt to capture the passage of time gave rise to his ‘joiners’ in which he represented a subject by way of multiple images shown together. In the 80’s he was one of the early adopters of digital graphics as fine art, which later gave way to the iPhone and the more sophisticated iPad, as a way create drawings that could be instantly shared over the web.

david hockney: me draw on iPad via designboom.

Hockney maintained a long-term love affair with France. He visited often, staying with friends in Provence, the Dordogne and, being attracted to spas, he often spent time in Vichy, where he created the emblematic Parc des Sources, with two sitting figures starting into a false perspective and a third empty chair – presumably waiting for the artist to finish his work. 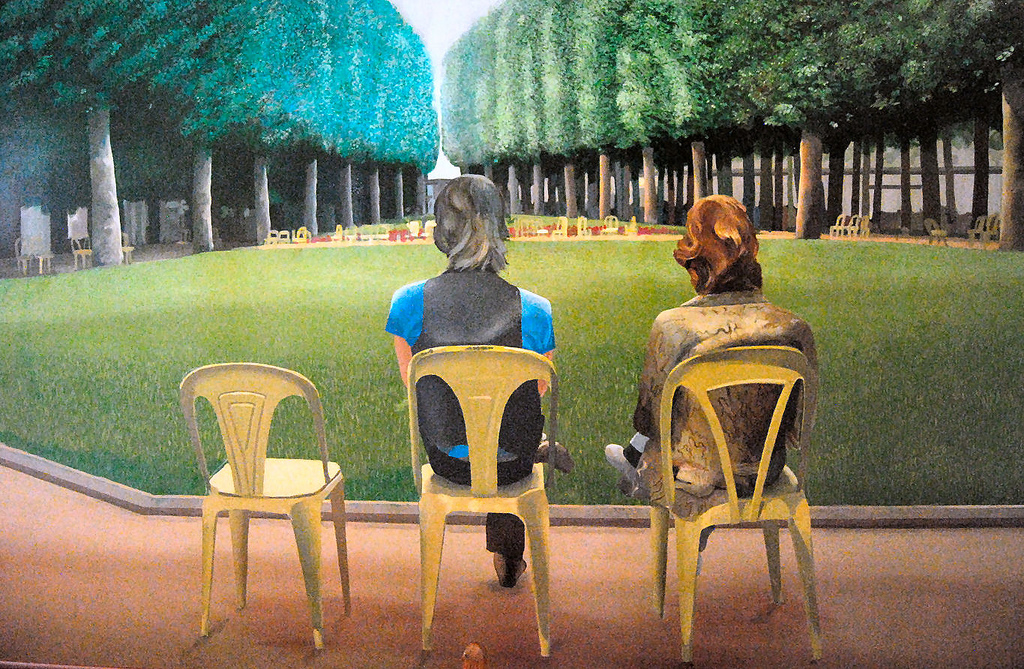 In his essay Ways of Looking and Immersion in a Bigger Painting, Andrew Wilson writes, “David Hockney has never been concerned with verisimilitude, the ‘truth’ of ‘realism’. The only ‘truths’ he seeks are about how we see the world and the best means of representing the emotional spaces that are created when we look at it.” 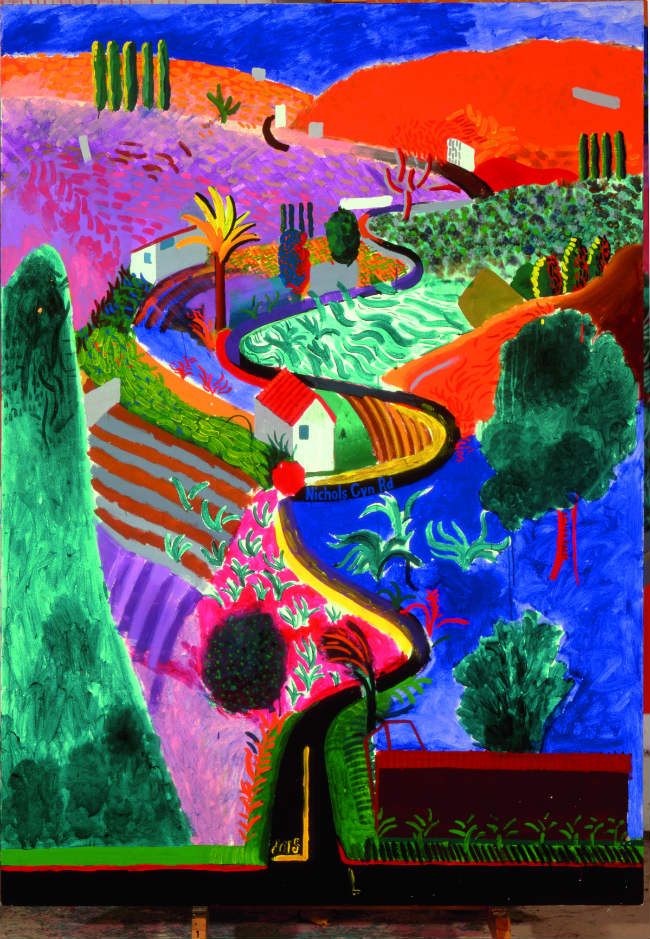