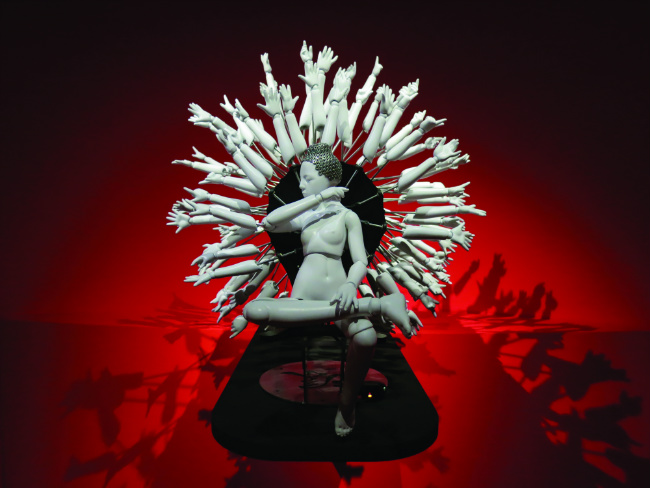 Our brains are wired to recognise a human face. Even when there’s only a slight suggestion of facial features the brain interprets an image – our minds fill in the blanks. Scientists know this as ‘pareidolia’, while lay people tend to call it the ‘Jesus in the toast effect’.

There is a point, however, where the resemblance to a human face by something that is not human can become a little creepy – scary even. We may shudder at a pile of dismembered mannequins, or a puppet like Chucky, or the mere suggestion of the shape of a lifeless body. New generations of robots have been made to look increasingly humanoid – beautifully so – to make us more comfortable in our interactions with them, but there comes a certain point where the resemblance backfires and our new friend starts to make us feel very, very, uneasy. All we want is to get as far away from ‘the thing’ as possible. This phenomenon is known as ‘uncanny valley’. 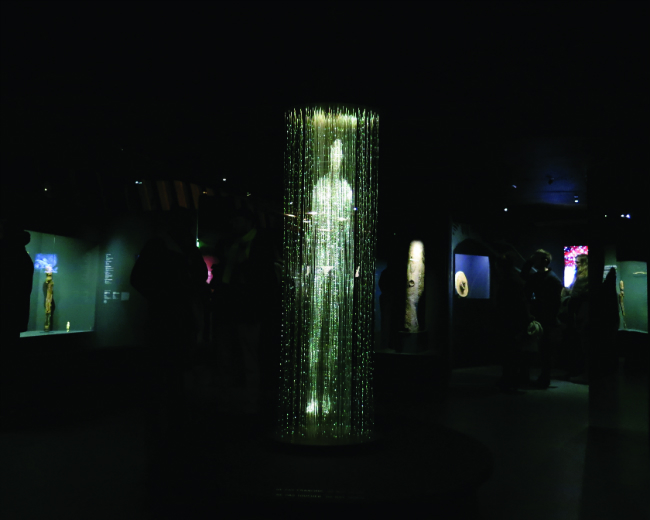 The exhibition Persona explores these blurred lines where an object starts to become animate. It brings together anthropology, robotics and fine art. It’s just riveting. The visit takes one hour and you’ll find yourself wanting to read up on the subject for months to come. I overheard people saying “Oh, yes, ha ha, that’s clever,” at the beginning of the exhibition, and towards the end I was hearing the same people say, “Okay, now I’m officially freaked out.” Don’t miss Persona. It’s a glimpse into a very near future.

TIP: Take advantage of the extended evening hours at the weekend to see the internal garden illuminated with the backdrop of the Tour Eiffel. It’s quite magical.

Previous Article Travel to Clermont-Ferrand: Gateway to the Auvergne
Next Article How to Enjoy the Euro 2016 in Paris