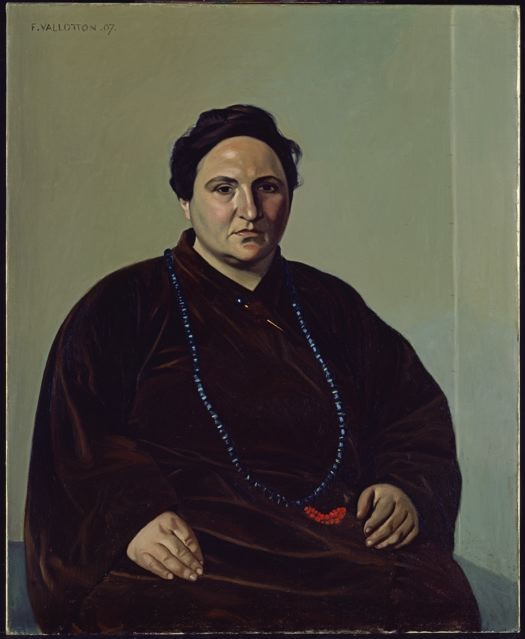 Gertrude Stein (1874-1946), most famous as a modern writer and the author of the often-quoted line “A rose is a rose is a rose”, had an extraordinary reach across the arts, extending beyond literature to collaborations in opera, ballet and more; her influence as an art collector and style-maker was considerable. This exhibit investigates both her visual legacy and her life, and explores her identities as literary pioneer, modernist, expatriate, celebrity, and muse to artists of several generations. It also features her life-long partner, Alice B. Toklas (1877-1967) and the aesthetics of the life they created together.

Born in Pennsylvania and raised in California in an upper middle-class Jewish family, Stein left America for France in 1903 at the age of 29 and remained there until her death in 1946. Seeing Gertrude Stein: Five Stories features more than 100 artifacts and artworks—paintings, sculpture, photographs, drawings and artists’ gifts to Stein, as well as manuscripts, letters, journals and personal belongings. Film footage from her operas and ballets, and a documentary film exploring her life during wartime are also included.

Rather than repeating well-known information from Stein’s pre-World War I years as a collector of Picasso and Matisse, the exhibit focuses on the period from 1915-1946, when she became recognized as a writer.

This exhibit is on view at the same time as The Steins Collect: Matisse, Picasso and the Parisian Avant-Garde, an exhibition at the San Francisco Museum of Modern Art from May 21 through September 6, 2011. The Steins Collect brings together the superb modern art collections of Gertrude Stein, her two brothers and her sister-in-law, and displays some 200 paintings and artworks not only by Matisse and Picasso but also by Bonnard, Cézanne, Renoir and others.