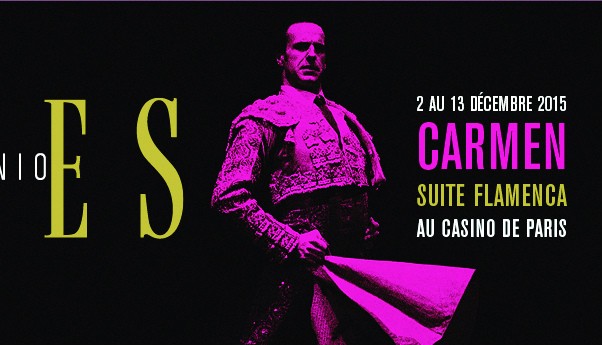 French composer Georges Bizet’s legendary Carmen, the tale of a seductive, gypsy femme fatale, and Suite Flamenca combine for a fiery, passionate double performance by La Compagnie Antonio Gades, Spain’s premier flamenco troupe. Both shows are not only classics of flamenco dance, but also two of the most notable works by the celebrated choreographer, who passed away in 2004.

Both halves of this production promise to transport audiences to the heart of Andalusia, flamenco’s birthplace, via tableaux featuring solo, duo and group numbers which amply showcase the genre’s pounding rhythms, kaleidoscopic guitar, guttural ‘el cante jondo’ (‘deep song’) vocals, mesmerising handclaps and rapid-fire footwork. The company will appear in the French capital just before Christmas for 16 special performances and they’ll surely take the Casino de Paris by storm.