There’s a legendary moment in Alfred Hitchcock’s 1955 To Catch a Thief when Grace Kelly, playing the role of a spirited heiress, is at the wheel of a convertible as she and her white- knuckled co-star, Cary Grant, careen around the dizzying heights of the Grande Corniche. Trying to ditch the cops on their tail, they pull over into a secluded bend in the road. Kelly takes a moment to gaze at the shimmering Mediterranean below and the unobstructed panorama of the Principality of Monaco, a low sprawl of pristine Belle Époque villas scattered across the hillside.

“Have you ever seen anything so beautiful?” Kelly asks, never suspecting that before long her name would be forever attached to that glittery two square kilometres of land in the role of Monaco’s much-revered princess. 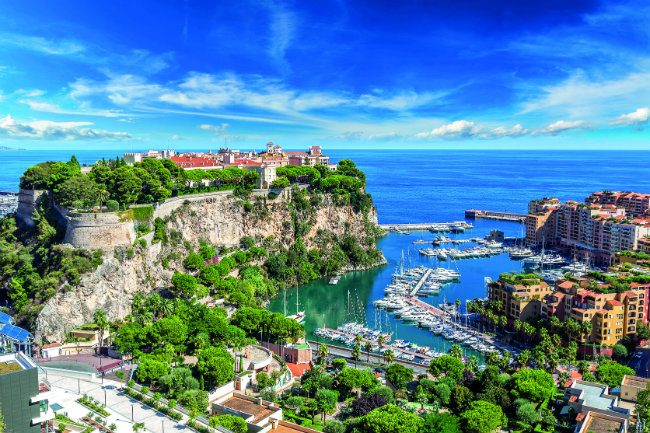 Royal patronage has put Monaco on the map as a culture destination. Credit: Shutterstock

When it comes to beauty, most first-time visitors are initially drawn to the Principality’s most glamorous landmarks or events – the Monte-Carlo Garnier Casino, Formula One – but often miss out on the year-round excitement of the cultural scene. Beyond the worn images of Monaco as a tax-haven for the super-rich with immaculate, couturier-glutted streets, gleaming red Ferraris and a yacht-clogged harbour, there’s much more than that to dazzle the eye.

In fact, Monaco boasts a long and rich history of artistic effervescence. Ever since 1909, with the two-decade presence of famed impresario and choreographer Sergei Diaghilev and his avant-garde Ballets Russes, Monte-Carlo has attracted a steady stream of artists, including the painters Kees van Dongen and Jean-Michel Folon, authors Colette and Anthony Burgess, and celebrated photographers such as Edward Quinn and Helmut Newton. 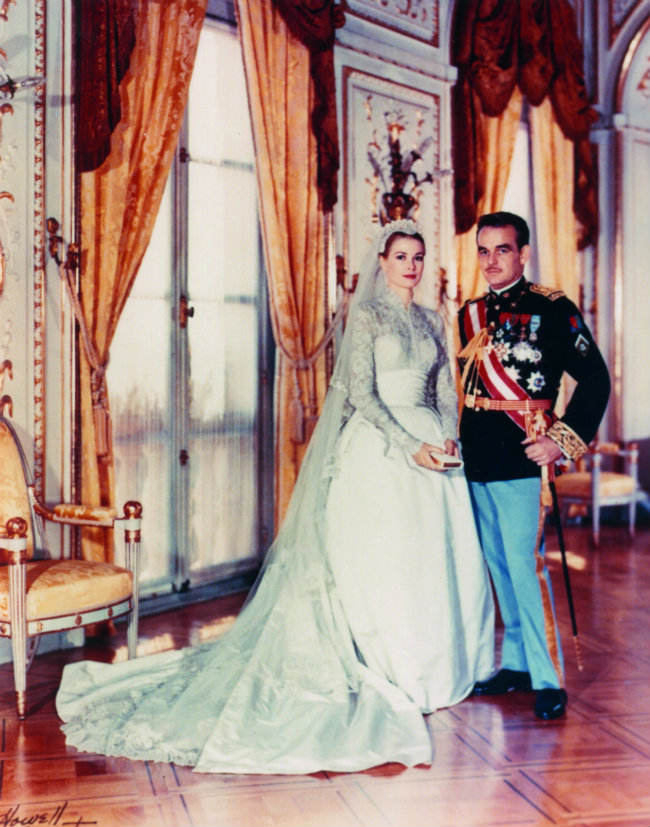 Grace Kelly at her wedding to Prince Rainier III

These days, the wealth and variety of top-notch music, dance and art festivals in Monaco rival that of even the most cosmopolitan European cities. Many of the events are under the patronage of the Princess Caroline of Hanover, who, since the 1980s, has been actively involved in everything from Les Ballets de Monte-Carlo to the yearly springtime classical and contemporary music festival Le Printemps des Arts de Monte-Carlo. 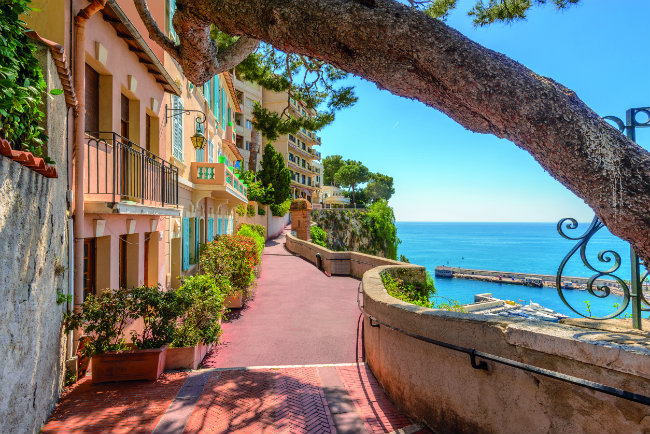 Founded by Princess Grace of Monaco in 1970, this five-week extravaganza is a joyous celebration of music, from medieval chants to the 21st century, including tributes to major composers as well as the discovery of new, unknown talents and artists from all corners of the world, plus masterclasses, lectures, installations and multi-media performances. “This year, we featured a theme of concertos and quartets,” says Marc Monnet, director of the Printemps des Arts festival since 2004. “One of the reasons that we’re different from traditional festivals is that we like to include groups from outside Europe; musicians that you wouldn’t ordinarily hear. This year, we chose the Chirgilchin Ensemble from Mongolia, who use an extraordinary technique of two simultaneous sounds. In past years we’ve invited musicians from Cambodia, whirling dervishes from Turkey and an African ballet. Most festivals offer a programme that generally ranges from Haydn to Debussy; ours is dedicated to experiencing music differently.” 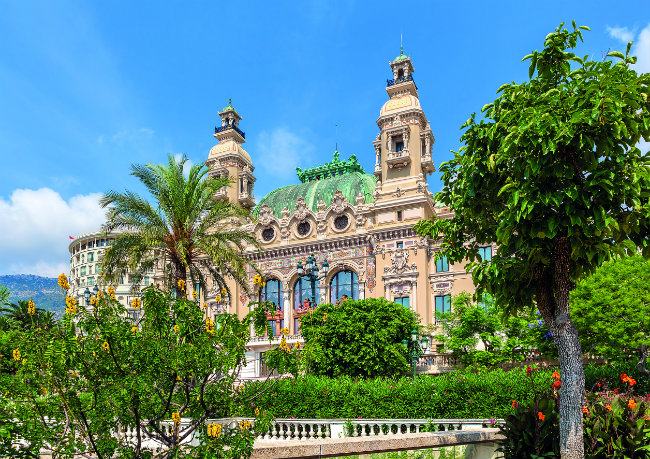 By the same token, the Printemps des Arts has always provided original venues for its concerts beyond the concert hall, which might range from Monaco’s Museum of Oceanography to expecting the unexpected – a performance in a tunnel featuring a woman on horseback and fire-eaters, or pole dancers performing in tandem with musicians.

One of the highlights of this year’s festival was an evening inside the newly-refurbished gilded splendour of the Hôtel de Paris’s Salle Empire. As is often the case at the Printemps, the programme was a combination of the old and the new, featuring a work by Greek composer Alexandros Markeas inspired by a meditation on Greek ruins alongside a performance of Beethoven’s String Quartet No. 14 in C# minor.

On the following day, audiences were treated to a tango written by late German-Argentine contemporary composer Mauricio Kagel; while the Monte-Carlo Philharmonic Orchestra performed Mendelssohn and Brahms with celebrated soloist pianist Philippe Bianconi.

On Sunday, the buzz was “where to?” as festival-goers climbed aboard a coach without knowing the destination or the programme for a Voyage Surprise. The destination turned out to be Nice, approximately 45 minutes away (with a zigzag of detours, since Emmanuel Macron and Xi Jinping had descended on the Côte d’Azur for meetings and had paralysed the entire Riviera traffic system).

But that didn’t deter anyone from going to hear a selection of 17th-century madrigals by Luzzasco Luzzaschi (performed by the La Venexiana Ensemble) followed by a contemporary work by Mauricio Kagel held at the Église du Voeu.

After the performance, the audience strode to another church, the Église des Franciscains, which was specially opened, having been closed for restoration. And a Voyage Surprise it certainly was: a slyly humorous percussion work by Kagel, Pas de Cinq, composed in 1965, featuring five musician/actors in costume (a witch, a mountaineer, a fisherman etc.) holding canes and noisily tapping out complex rhythms; and the world première of Shadows II by Yann Robin for clarinet by the Tana Quartet, whose glissandi, scratchy strings and strident whistle-like sounds may have bewildered some of those perhaps less familiar with 21st-century techniques.

In contrast, the programme also featured perennial modern crowd-pleasers like Béla Bartók. One of the festival’s most popular events took place at the spacious auditorium of the Grimaldi Forum, where the BBC Symphony Orchestra performed an all-Bartók programme including two violin concertos with the much-admired French virtuoso Renaud Capuçon as the guest soloist. 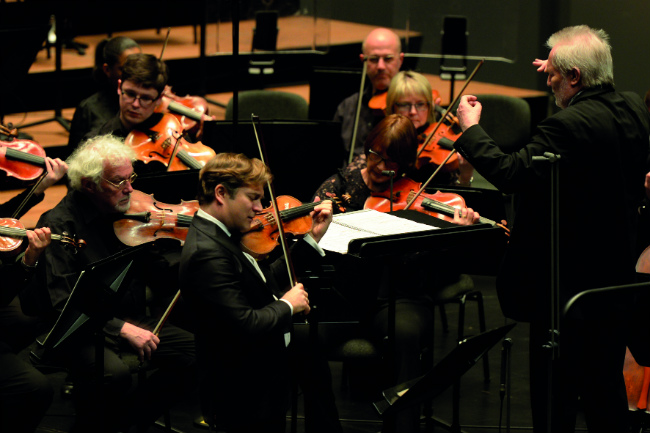 The Printemps des Arts is just one of several musical experiences that mark Monaco’s rich cultural resurgence, a development that is partly due to the generous budgets and royal patronage initiated by Princess Grace. And things have moved on.

Even the jewel-box Garnier Opera House, whose gilded walls (think Second Empire-style lyre-toting angels and an abundance of mythological frescoes and bronzes) now reverberate with funky jazz, blues and soul. Call it a new spirit. It unofficially began about a decade ago, on a historic, balmy night in August, when the audience packed into the 522-seat Opera House for something different.

The Église du Voeu in Nice was a venue on the Voyage surprise. Photo: Alain Hanel

Even for Monaco, it was an unprecedented royal flush: two Princes in the same room, one singing, the other dancing. Prince (the late musician) launched into a mega-decibel guitar riff between two giant glittery jellyfish dangling from the ceiling. It was hard to know where to look first: the magnificent five-tonne Bohemian crystal chandelier was upstaged by psychedelic strobes and a purple glow of lights; meanwhile, His Serene Highness Prince Albert II, in his plush red velvet royal box, was on his feet, barely able to keep still, just like the rest of the fans.

Whatever your tastes – whether it’s the Printemps des Arts’ closing night programme of Mongolian chants, the prestigious artists of the Monte-Carlo Jazz Festival, the superstar pop line-up at the Sporting Summer Festival, or the top-notch year-round Monte-Carlo Opera – the Principality is humming with concerts that will make you realise that there’s more to listen to in Monaco than the high-octane zooming of race cars. 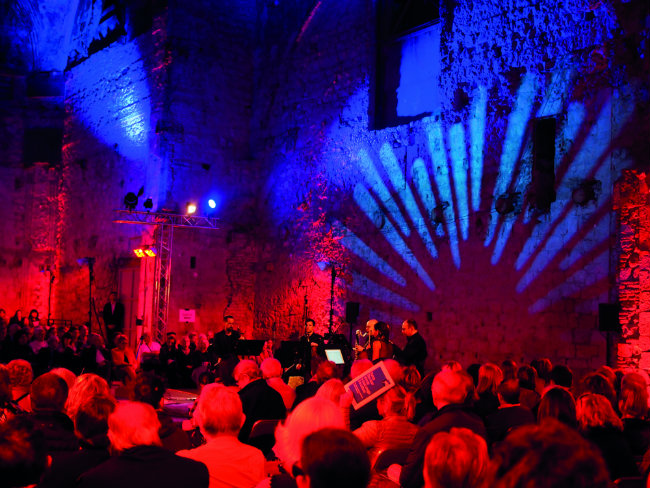 Previous Article Beauty and the Beast: The Man Behind the Myth
Next Article Restaurant Reviews: La Palme d’Or in Cannes