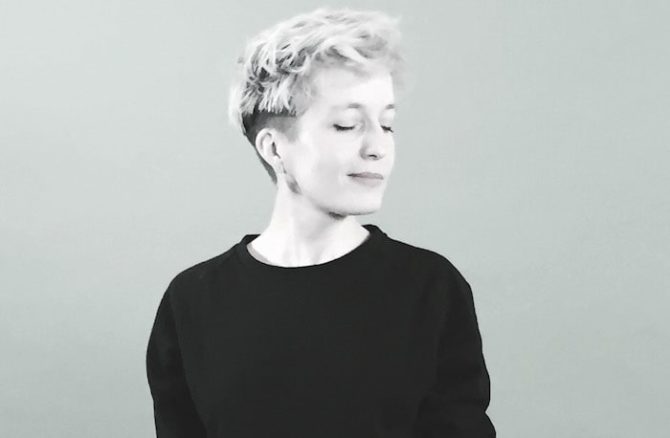 Between her ’80s-style synth, English lyrics and peroxide-blonde crop, Jeanne Added stands out from the crowd…which is exactly why she was named Female Artist of 2019.

Every year since 1985, the Victoires de la Musique has rounded up France’s hottest musical talent and picked out the cream of the crop for its “outstanding achievements in the music industry”. The 2019 award ceremony’s coveted ‘Female Artist of the Year’ title went to Jeanne Added, a multi-instrumentalist and singer-songwriter from Reims – so if you haven’t heard of her already, there’s no better time to tune in.

Added’s background may be in classical and jazz, but this Renaissance woman has made a name for herself in the realm of electro-pop. There’s more than a whiff of the ’80s in her sound, in this era of synth-tinged nostalgia (think the award-winning Stranger Things soundtrack), and her crystal-clear vocals – always in lilted English – are the softening touch.

We’d be remiss not to mention the music videos, too, because they’re works of art. Ethereal and misty, with beautiful choreography, they play out like visual poetry. A War is Coming’s black-and-white video is particularly graphic, showing Added’s gamine features freckled with glitter, warped into something near-skeletal with shadows, dripping with dark liquid. She’s a hypnotic force of nature.

CHRISTINE AND THE QUEENS: Effortlessly cool singer-songwriter from Nantes. Chris. Because Music

PEACHES: A neon-painted Canadian electronic musician, feminist and modern-day punk. Rub. I U She Music

Previous Article Driving in France – Coronavirus Advice and What to Expect
Next Article Five €30 Vouchers for Karma Yoga Shop to Be Won!