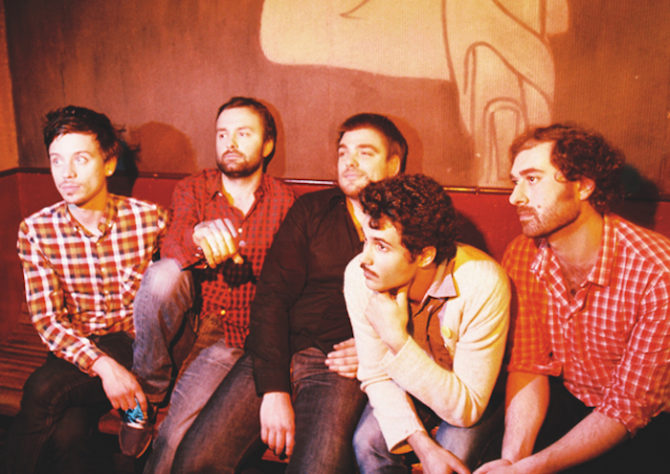 Perhaps it’s the pandemic dreaming, reminiscing about better memories and simpler seasons, when drowsy, summer evenings were easy and carefree. Something in the air these days is warping us straight back to childhood. Few modern artists drive this train of thought better than Syd Matters. With a gentle, vocal-centric sound (not unlike Radiohead and similar ’90s indie giants), this dark-mopped quintet aren’t afraid to tug at the heartstrings with sweet, slow melodies and nostalgic lyrics.

Established in 2001 by Parisian frontman Jonathan Morali, the band has experienced something of a slow-burn career, recently spiking in popularity when hit tracks ‘Obstacles‘ and ‘To All of You‘ spearheaded the soundtrack for popular video game Life is Strange in 2015. You’ll find these gems on the album Someday We Will Foresee Obstacles, alongside ‘I Care‘, which opens with a perfect summary of our jaunts down memory lane: “For every treasure lost and found, during my young days in the sun, when all the children loved to run”… Achingly lovely stuff.

TRAVIS: Famous for such hits as ‘Sing’ and ‘Why Does It Always Rain on Me?’. The Invisible Band. Independiente