Thanks to The Western Front 14- 18, it’s never been easier to follow in the footsteps of your ancestors. As well as a wealth of online resources to help you plan your trip, Tourist Offices throughout the five regions – Nord-Pas de Calais, Picardy, Champagne-Ardenne, Lorraine and Alsace – have specially-trained staff to advise you and make bookings.

Highlighted below are the key American Remembrance sites, alongside locations where you may wish to pay your respects to the fallen from other nations. The five regions of The Western Front 14-18 have also organised a full programme of special events, talks and exhibitions to commemorate the centenary.

In the early weeks of the war, German troops advanced as far as the eastern outskirts of Paris, their progress halted in September 1914 during the First Battle of the Marne. This was to mark the start of four years of trench warfare as Allied forces determined to hold them back.

America’s involvement in the war began on the battlefields of Picardy, the first major offensive taking place in May 1918 at the Battle of Cantigny in the Somme. The fallen are commemorated by the Cantigny American Memorials, but the American successes that began here proved a big boost to Allied morale. 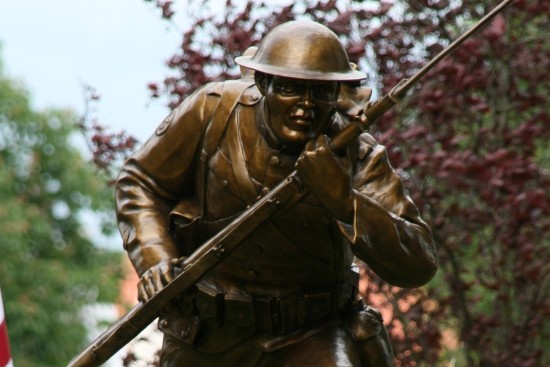 On 4 July 1918, General Monash led Australian and American troops into a tactical battle at Le Hamel that lasted just 93 minutes, a story related on panels at Le Hamel Memorial. And two weeks later on July 15, American and French forces resisted what was to be the last major German offensive on the Western Front. The Second Battle of the Marne continued till August 6, the German defeat marking the start of the Allied advance eastwards.

Today, no commemorative journey to the Somme would be complete without a visit to the Historial de la Grande Guerre – The Museum of the Great War – at Péronne, nor the towering brick Memorial to the Missing at Thiepval, commissioned by the British Government. In the neighbouring department of Aisne, a wood near the village of Belleau saw fierce fighting in June 1918. Trenches, shell holes and ruins still provide tangible evidence of a story told in Belleau’s Remembrance Museum. Visit the chapel where the names of the missing are recorded, and the Aisne-Marne American Cemetery, last resting place of 2289 soldiers. And don’t miss the atmospheric Caverne du Dragon, Aisne’s leading museum to the Great War.

Second largest WWI cemetery in Europe is the Oise-Aisne American Cemetery at Seringes-et-Nesles, west of Reims, where Joyce Kilmer, poet and author of Trees, rests amongst more than 6,000 graves. And at the Château of Blérancourt, philanthropist Anne Morgan – daughter of the banker J Pierpont Morgan – set up the headquarters of CARD, the American Commission for Devastated Region.

North of Picardy in the Nord-Pas de Calais region, soldiers of every nation and rank killed in this region are listed alphabetically on The Ring of Remembrance, the International Memorial situated next to the French National Cemetery at Notre-Dame-de-Lorette. Across the valley stands the towering white Canadian memorial at Vimy Ridge, whilst soldiers from the Southern hemisphere are remembered at Fromelles Australian Memorial Park, with its moving statue of a man carrying his wounded comrade across his shoulders.

You get a real sense of how soldiers lived and died through the rare WWI artefacts at the Museum of the Great War in Meaux, gateway to the Battlefields of the Marne in the Champagne-Ardenne region. And at Pompelle Fortress, built between 1880 and 1883 as part of the Reims defences and a strategic target during the First Battle of the Marne.

The Dormans Memorial to the Battles of the Marne is a chapel, crypt and ossuary that holds the remains of 1,500 soldiers of different nationalities, whilst the Blanc-Mont American Monument at Sommepy-Tahure commemorates the achievements of American units that served with the French Fourth Army during 1918. 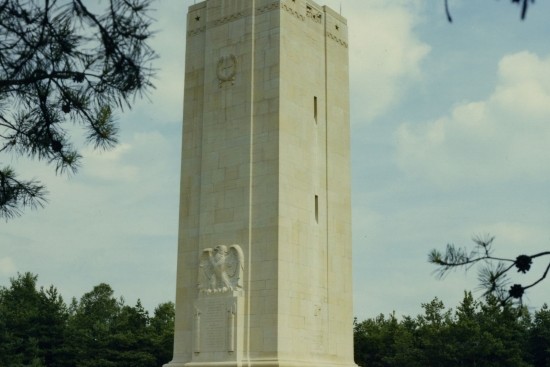 Heading east, the Meuse department in Lorraine was the scene of some of the most infamous battles of the Great War, including Verdun in 1916. The American victory during the Meuse-Argonne offensive of September to November 1918 is commemorated by the American Monument at Montfaucon d’Argonne. German soldiers were forced to retreat by the American First Army and an observation platform at the top of 234 steps enables visitors to overlook the battlefield.

Largest American cemetery in Europe with 14, 246 headstones, the American Cemetery at Romagne-sous-Montfaucon is a moving and beautiful ‘must-see’ which personifies the American Duty of Remembrance. The nearby Fort de Troyon, saved Verdun from being surrounded in 1914, later serving as a rear basis, first aid and yard for American soldiers. 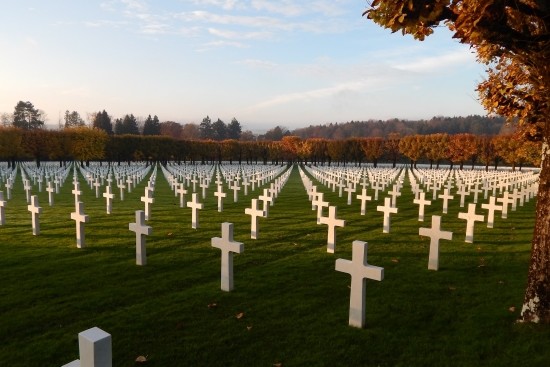 Montsec Memorial was built by the United States of America on the top of a hill used as a German observation post and today commemorates the offensive by the 1st US Army in September 1918, along with subsequent battles that continued until November. Climb the long flight of steps to the columns topped by a rotunda to see the bronze relief map of the strategic St-Mihiel Salient.

Furthest east on The Western Front 14-18 are the memorials and cemeteries of the Vosges Front which saw heavy French and German losses in 1915. An exhibition of propaganda images from the Getty Research Institute in Los Angeles goes on show in 23 September 2016 until 8 January 2017 at the Würth Museum in Erstein.