A Chocolate Museum in Paris 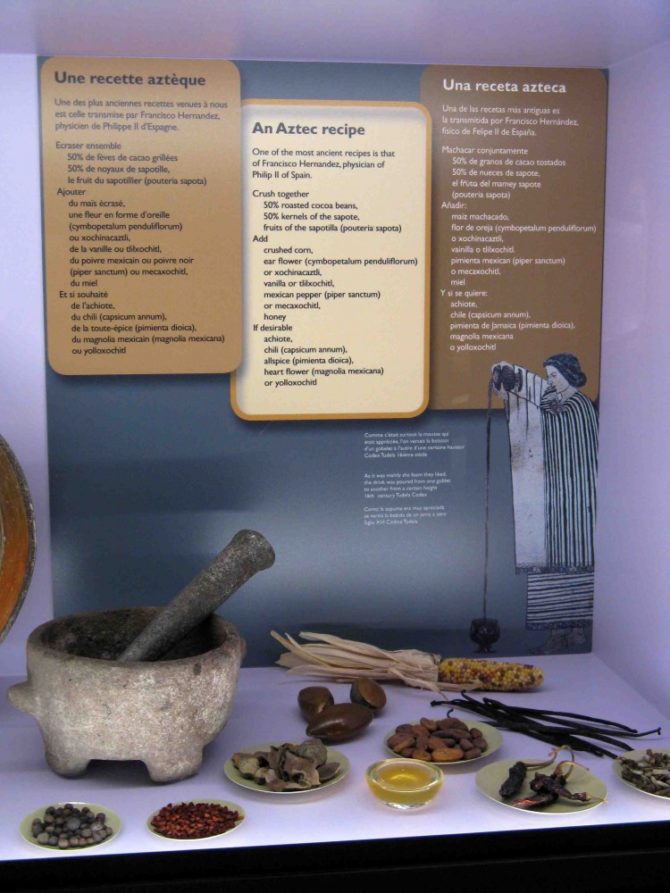 Paris was already a mecca for chocolate lovers, but now there’s a place where they can expand their knowledge of their favorite indulgence. Choco-Story, a chocolate museum located in a three-story space on the bustling grands boulevards, is a fascinating exploration of the world of Theobroma cacao, from bean to bar and beyond. The museum was originally the private initiative of the Van Belle family, who are passionate about chocolaate and who opened the first Choco-Story museum in Brussels in 2004. After creating a second museum in Prague in 2008, they opened Paris’s Choco-Story in 2010. Beautifully presented exhibits (with notes in French, English and Spanish) explain 4,000 years of chocolate history, its cultivation and fabrication methods. Displays include an extraordinary collection of 1,000 cocoa-related objects and utensils including metates (grinding stones), historical treatises, chocolate pots, advertising memorabilia and early processing machinery. Films, a live demonstration showing the making of filled chocolates and, of course, a tasting complete the visit.

The museum also mounts two temporary exhibits a year. Through March 2012: The Child in Chocolate Imagery, 1875-1915.

A must for chocolate fans, and fascinating even for those who are not.

Originally published in the April 2010 issue of France Today; updated in February 2012