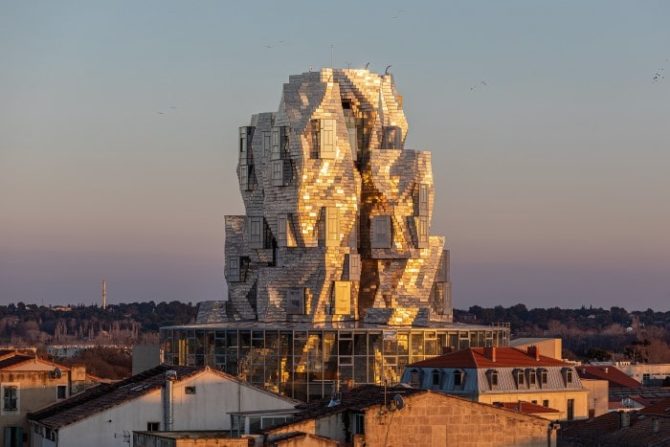 Even in France, most museum restaurants are disappointingly mediocre. But the new Drum Café at the LUMA Foundation in Arles shows off how good this genre can actually be when there’s a real chef in charge of the kitchen.

My curiosity about LUMA was reignited a few weeks ago when I got a fleeting look, from the train window heading to the airport in Marseille, at the Frank Gehry tower that’s the centrepiece of this new contemporary arts complex created from former rail-yards outside Arles. Not everyone loves the metal armoured tower, but in the early morning light, it was quite striking.

With a long holiday weekend coming up, this was a perfect pretext to visit the lovely city of Arles again. Arriving at LUMA just after noon on a Saturday, my friend and I were both hungry after the train ride south, but I’d dismissed any idea of eating in the museum restaurant until I read the posted menu and saw that it was the work of Paris chef Pierre Touitou, whose cooking I’d loved when he was chef at Vivant and Déviant in Paris, and Cyril Pham, another excellent Parisian cook. As luck would have it, a single place for two remained at the horse-shoe-shaped table d’hôte that fills the main dining room, at the bottom of an atrium lined with book shelves and decorated by polychrome pipes overhead that reminded me rather of the Centre Pompidou. 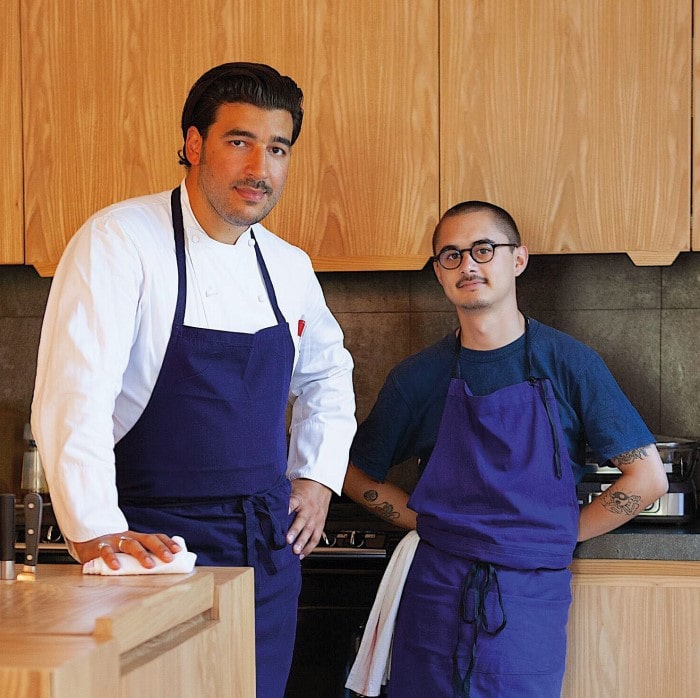 Talented chefs Pierre Touitou and Cyril Pham have given the Drum Café at LUMA the wow factor. © LUMA

The meal that followed was a delicious and reasonably priced succession of shared plates that included panisses (fried lozenges of chickpea-flour dough) with cured anchovies and fried sage leaves; oxtail terrine (pressé de boeuf) with black olive mayonnaise; mushrooms in Satay sauce with chili oil and lime leaves; cuttlefish ink cavatelli with a cuttlefish ragu and ‘Nduja (the peperoncino-rich soft sausage from Calabria); and a grilled marinated octopus tentacle posed on top of a beautifully made potato cake with raita, the Indian condiment of yogurt with chopped cucumber, pepper and herbs. We finished up with a slice of tarta de Santiago, a delicious spiced cake made with ground almonds and a speciality of Galicia, garnished with stewed fresh plums in spiced cardamom syrup. Since we were planning to visit the galleries in the LUMA tower after lunch, we decided to share the tarta de Santiago. 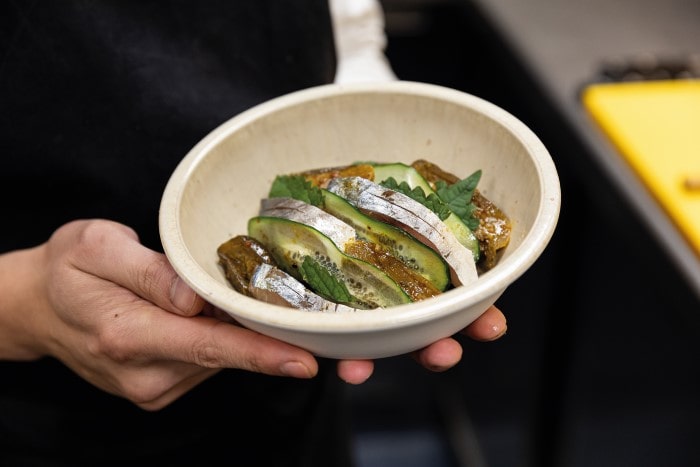 The menu includes a succession of exquisite dishes © LUMA

Pierre Touitou was in residence at the Drum Café (which, incidentally, is open for breakfast and lunch only) until mid-January 2022, when a new chef arrived, because the idea of the Drum Café is to host a regularly changing roster of different chefs in its kitchen, which is becoming an increasingly popular restaurant concept everywhere.