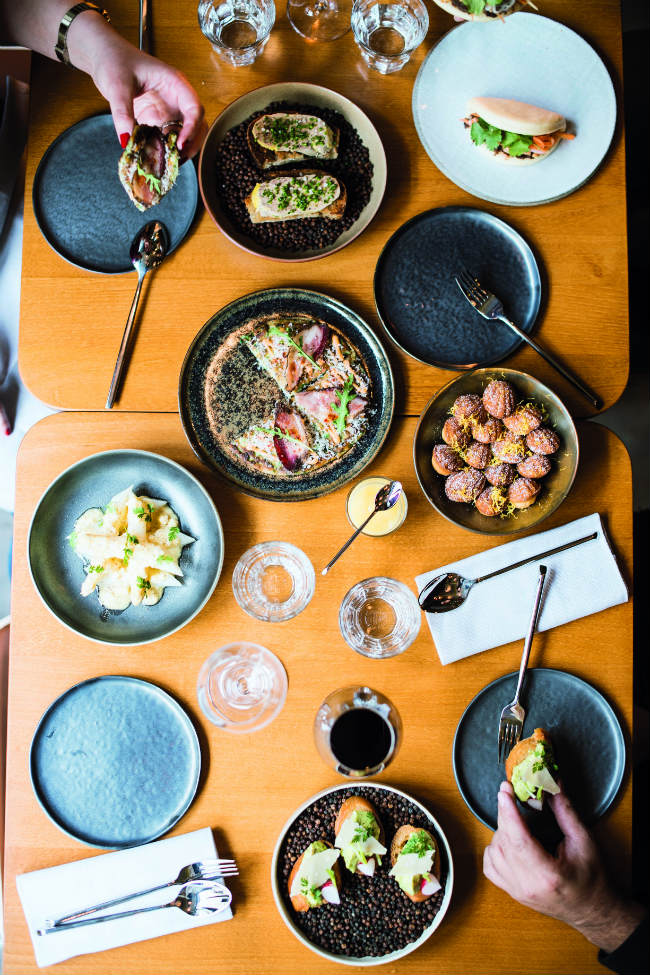 Ever since affordable rents have made the 11th the most popular arrondissement for young Parisian chefs opening their own restaurants, the scene in the Latin Quarter of the 5th arrondissement – traditionally one of the capital’s youngest neighbourhoods but recently increasingly gentrified – has gone rather quiet. So it’s no surprise that chef Tomy Gousset’s excellent new contemporary French bistro on rue Monge has become such an immediate hit.

This small, charming dining room with a clever décor of wooden vegetable crates on the walls, bare oak tables, caramel leather banquettes and Edison bulb lamps has quickly attracted a distinctly local following of students, academics and creatives with an intriguing and reasonably-priced menu that reflects the young Cambodian-born chef’s impressive career.

After studying at the École Ferrandi, the best culinary school in Paris for professionals, Gousset began his career under chef Alain Solivérès at Taillevent, then worked under Yannick Alléno at Le Meurice, and then did a stint in New York at Daniel, chef Daniel Boulud’s Michelin three-star restaurant. Inspired by the free-wheeling and infinitely cosmopolitan restaurant culture of New York, he returned to Paris and took over the kitchens at Pirouette, a restaurant in Les Halles. “New York really opened my eyes to new ways of cooking and eating,” said Gousset, who opened his first restaurant, Tomy, in the 7th arrondissement, in 2012. Now he’s building on the success of his first restaurant with this excellent new casual table. 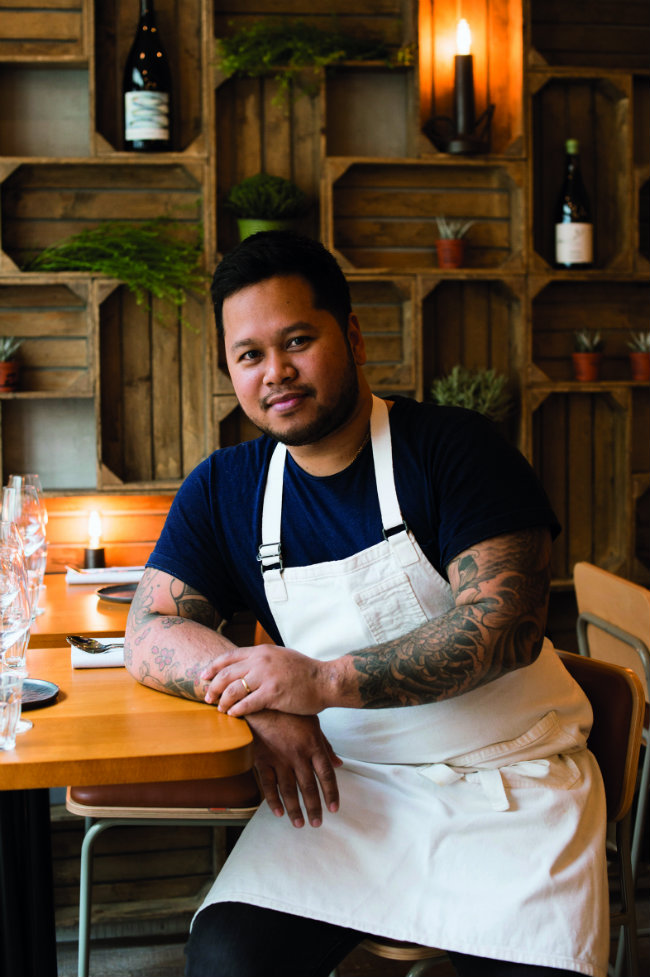 “Hugo & Co is all about easy-going international comfort food and relaxed good times,” added Gousset, and this is exactly what I found when I dined here with a friend on a recent rainy night.

We started by sharing several of the small plates that begin the menu. Both of us loved the grilled pancake with a topping of grilled guanciale, pecorino and rocket, the marinated salmon with beetroot and horseradish, and a bowl of wonderfully lactic stracciatella cheese with black olives and gomasio, which we ate with the excellent bread they serve here.

Next, a deeply satisfying Japanese-inspired tonkatsu-style breaded pork cutlet topped with a fried organic egg and red-curry sauce with a side of black rice and pickled red cabbage, and a more local dish of braised beef with green asparagus and panisses (lightly fried bars of chickpea-flour batter). We drank an excellent bottle of white Dão with our meal, and finished by sharing the mango ice cream with tapioca and fromage blanc, a pleasantly refreshing dessert that benefitted from the texture of the tapioca.

“It’s kind of like some place you might find in Brooklyn, no?” said the tattooed chef with a smile when we chatted with him at the end of the meal. And yes, indeed, this place does have a hip, laid-back Brooklyn sensibility, both in the kitchen and in the dining room. But wherever you live, this is exactly the kind of restaurant everyone would like to find just down the street.

Previous Article Le Dernier Mot: That Which We Call a Rose…
Next Article Competition: Name That June