First published: May 12, 2021 by Alexander Lobrano 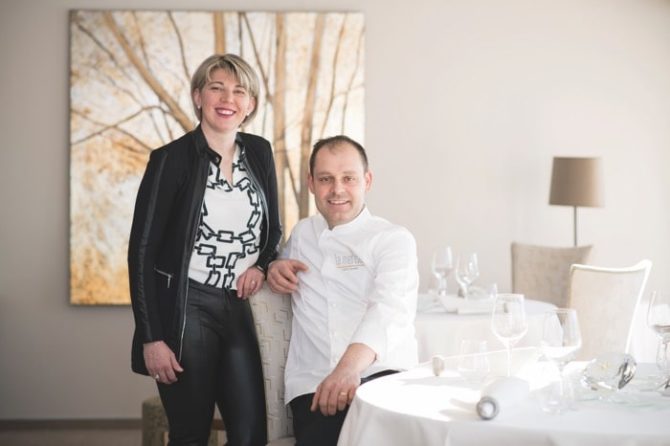 Young chef Cédric Deckert is the pride of Laubach. When I stopped to ask a farmer in blue cotton overalls who was taking a break in the shadow of his tractor for directions to La Merise, Deckert’s restaurant, he grinned broadly. “You are going to have a remarkable meal, sir,” he said with a fulsome, almost parental pride. “Monsieur Deckert a un énorme talent!”

He was right, too. I had an exceptional meal, and so it was no surprise when the Michelin Guide this year awarded a second star to this intimate table, tucked away in a handsome half-timbered house with a terra-cotta, fish-scale tiled roof in a village surrounded by corn fields some 40km north of Strasbourg.

At noon on a drowsy June day last year, when the warm air was alternately scented by linden flowers, manure and pine trees, I was meeting friends for lunch who had just visited the Lalique Museum in nearby Wingen-sur-Moder, and with the first lockdown in France only recently lifted, the three of us were ravenous for good food, of course, but also the pleasure of being in a restaurant again when we met up.

I was especially curious about this meal, because Deckert had worked for 17 years as sous-chef to the brilliant three-star chef Jean-Georges Klein when he was still cooking at L’Arnsbourg, the restaurant in the tiny hamlet of Baerenthal his family owned for several generations before, sadly, a sibling spat led to its sale. Settling in over flutes of champagne after we’d all ordered the €125 menu, because, well, carpe diem, my friends from Bristol marvelled at the exquisite hors d’oeuvres that arrived a couple of minutes later, tiny ‘burgers’ coasted in sesame seeds and beechwood-smoked salmon flavoured with lemon and vodka.

“This is what I’ve always loved about France,” said my doctor friend. “Here we are in the middle of nowhere really, and the food is just so nonchalantly exquisite.” She was right, too, since the meal that followed was a masterpiece of technical culinary prowess in the service of the shyly proud, still fructifying and poignantly fragile imagination of a young chef making a name for himself after finding the courage to go out on his own. 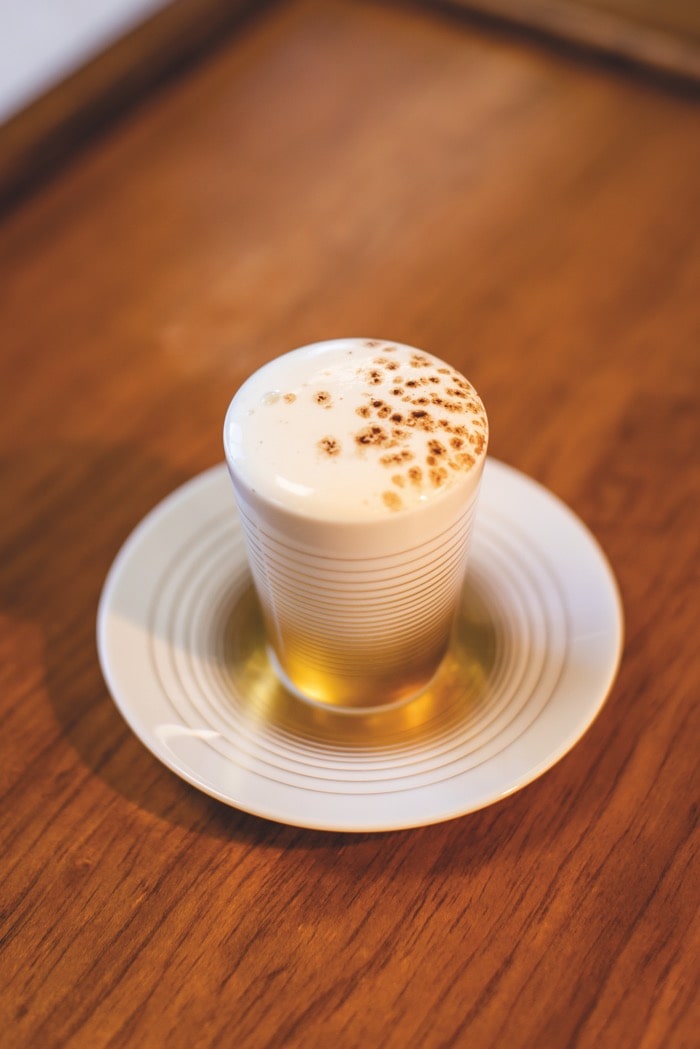 Our first course, a Chartreuse of blue Breton lobster with preserved tomatoes in a Balsamic vinaigrette, was stunningly elegant summer eating, since the tender chunks of lobster were capped by a creamy pink bonnet of tomato mousse, with the resinous acidity of the vinaigrette quickening the sweetness of the crustacean’s flesh and elongating the acidity of the tomatoes. Our second seafood course, John Dory with a garnish of finely chopped Provençal vegetables in a bouillon of North Sea prawns dribbled with green beads of olive oil, was lovely, too, and completely improbable in a small Alsatian village if you didn’t know anything about the genius of fresh food distribution in France, a country where a fish landed in Brittany can arrive at the table in Alsace less than 24 hours later.

Just as I’d been quietly thinking that I’d have liked a slightly more regional signature to this kitchen, a time-out course arrived – red cabbage jus with wholegrain mustard ice cream, a brilliant and puckish wink at the Germanic influence on the gastronomy of Alsace. Next came an aged fillet of beef with tiny mushrooms, snail butter and a compote of shallots, an invigoratingly ruddy dish that called out for the good Alsatian Pinot Noir we’d ordered from the charming and exceptionally well-versed sommelier. Then followed a stunning potato ‘cappuccino’ with black truffles in homage to Klein, Deckert’s maestro.

Of the desserts that followed, I liked the mandarin-yuzu sorbet best, because it was so refreshing after the richness of our meal. Over coffee on the terrace, where my architect pal directed us so that he could smoke a cigar, we lingered over coffee and concluded our meal with a sip of well-chilled kirsch made from merises, the tiny wild cherries from which the restaurant takes its name. This was the suggestion of Christelle Deckert, the chef’s wife, who serves as the maitresse d’hôtel and runs the dining run with a gracious and exceptionally well-drilled professionalism. It was small wonder, then, that there were licence plates from Germany, Belgium, Holland and Luxembourg in the car park that day, since Deckert’s reputation was, quite rightly, well-established before he received his second star.