Confessions of a World Jam Champion 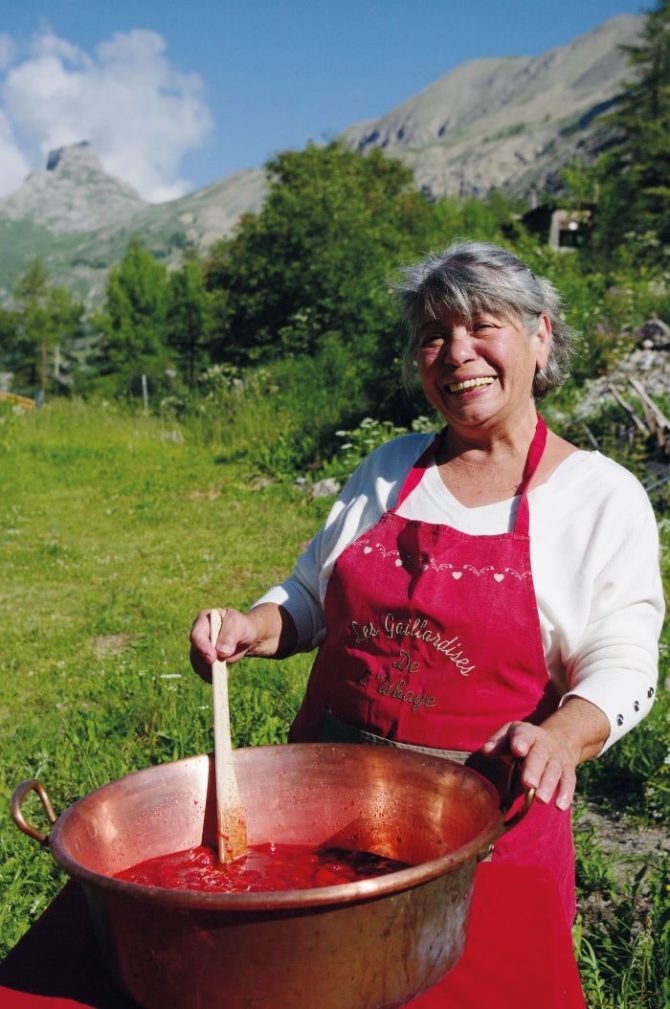 Patrice Bertrand meets Béatrice Bellon, from the Ubaye Valley in the Mercantour National Park, who has been made a maître confiturier for her expertise in traditional jam-making.

“Usually, when people make jam, they mix fruit and sugar, boil everything, wait for it to thicken, reduce it, and place it in a jar. As for me, I work the old-fashioned way: I cook my jam for three days at a temperature below boiling so that it simmers in its own syrup. This makes it taste like fruit, not sugar. This is what makes it different from other jams.”

Béatrice Bellon, known as Béa, knows what she is talking about. As a maker of artisanal jams from the Ubaye valley, in the Alpes-de-Haute-Provence département, she holds the coveted title of World Jam Champion in the category of traditional jams.

“My 13-year-old grandson is very proud that his grandmother is a world jam champion,” explains this maître conﬁturier (master jam maker). Her speciality, a redcurrant, blackcurrant and candied strawberry jam, earned her the award last August at the World Jam Championship, a prestigious international competition under the aegis of the French Ministry of Agriculture and Food. Fifty-six candidates from four continents participated and more than 100 jams on the theme of red fruits, such as berries and cherries were tasted blindly behind closed doors by the jury.

“I’ve always had a passion for jams. In 2014, I created my own business,” says Béa, who formerly worked as a social worker. Les Gaillardises de l’Ubaye, her workshop in Uvernet-Fours, a remote hamlet perched 1,800m high in the Mercantour National Park, produces around two tonnes of jam per year. 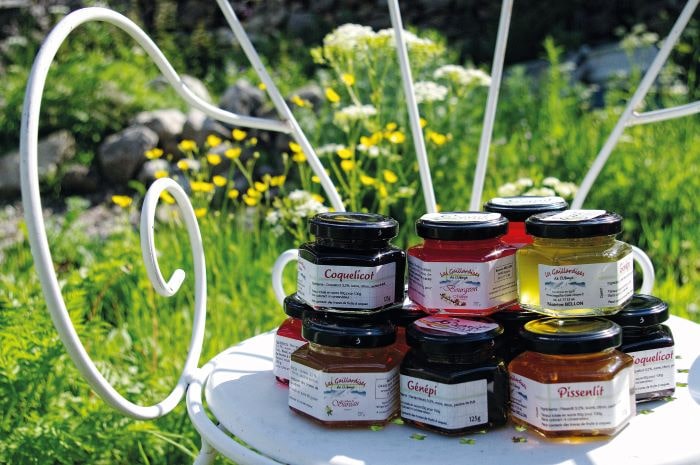 A TIME OF PURE CREATIVITY

She works alone but produces an impressive catalogue of around 50 products: ﬂower and fruit jams, syrups and cocktail jams containing exotic ingredients such as rum and lime. A third is sold at local markets, a third in restaurants and a third on the internet.

Among the most popular ﬂavours are raspberry-chocolate and piña colada (with rum). Béa is currently developing her latest creation, an orange Grand-Marnier jam. “I would like to have tastings for my jams like wine,” explains Béa, who sometimes ships to the UK. “Jam is not only for toast at breakfast. There are billions of uses. Today, jam is increasingly associated with savoury dishes as well as sweet. Their ﬂavours can completely transform a piece of meat. One of my sons is a bartender and uses my jams in cocktails.” 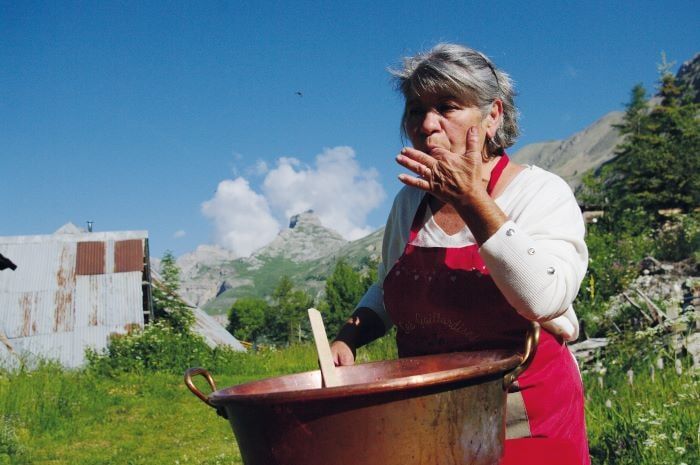 Right now, Béa rarely leaves her workshop because she is preparing for the 2021 edition of the World Jam Championship, an annual August event in the village of Beaupuy in Haute Garonne. She’ll be defending her title, and hoping this time to win two categories, ‘traditional’ and ‘unusual’.

As the ultimate honour, the winner will serve their jams for one year at the Élysée Palace in Paris, the ofﬁcial residence of the President. “The judges prescribe fruits that the jams must contain. This year, we will have raspberries and apricots,” explains Béa. “Usually, we have three to four months to prepare. For me, this is an amazing period because it is a time of pure creativity. I put my soul, my heart, my, mind, my determination into it!”