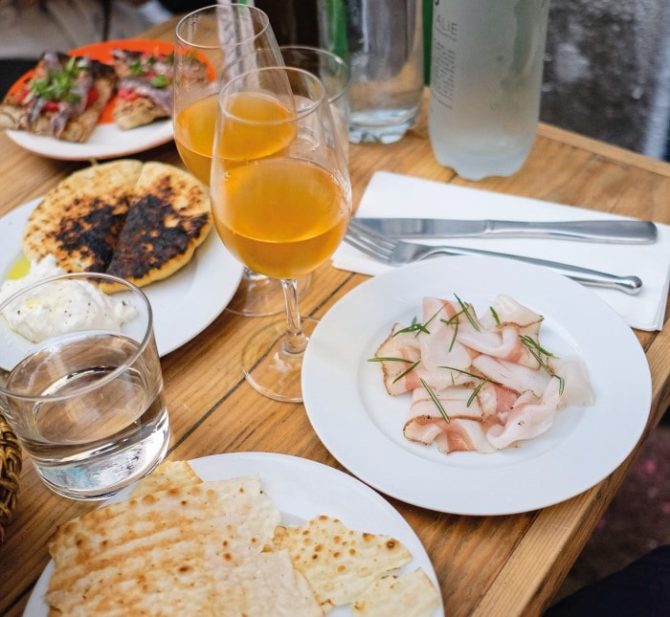 A month doesn’t go by when another flock of new restaurant openings isn’t burnishing Marseille’s reputation as the most exciting food city in France right now. To be sure, the restaurant scene here has been dented by Covid like it has everywhere in France, but the main drivers of this boom remain very much in place. To wit, this fascinating port city finds itself in the midst of a tourism boom, and the popularity of Marseille with young French creatives has drawn chefs who are eager to cook for them – and who also appreciate the city’s reasonable rents.

This vitality explains why the team (chef Harry Cummins, sommelière Laura Vidal and Julia Mitton) behind La Mercerie, which is possibly the most popular bistro in Marseille, joined up with chef Valentin Raffali (who previously worked at La Mercerie and the team’s other restaurant Chardon, in Arles) to open this new bistrot à vin in the city’s popular Cours Julien district. Raffali, a native of Marseille, has an instinct for the type of edgy modern comfort-food the locals love, which is why his short but tantalising trans-Mediterranean menu evolves constantly. Standout small plates on a recent visit included calf’s head croquettes with chipotle mayonnaise, miniature pizzettes, tomatoes roasted with XO sauce, and marinated anchovies with calcots (grilled Catalan onions). They pour a terrific list of organic and biodynamic wines, too.