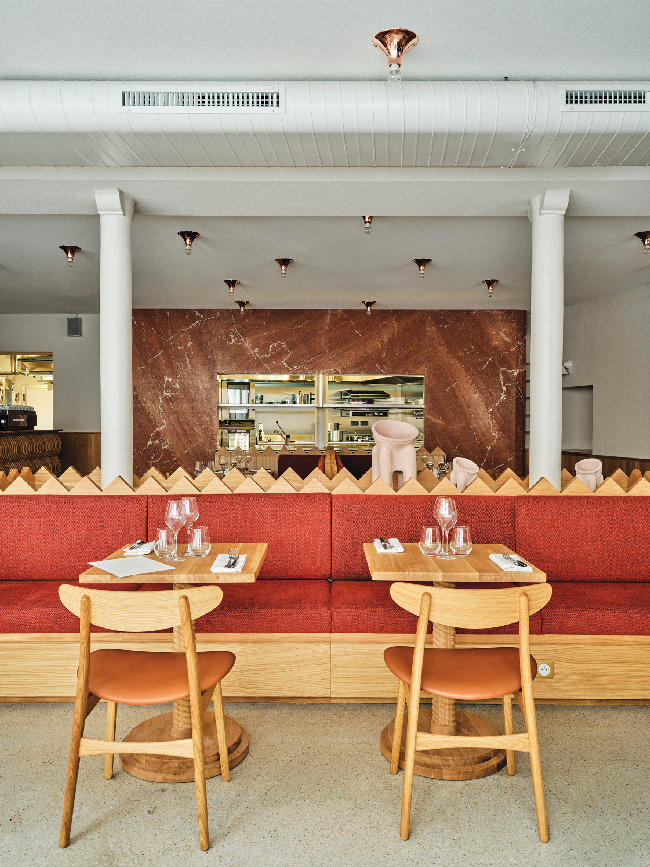 The chicest place for a casual meal in Paris right now is surely the Café Compagnon, the third table from shrewd and innovative young restaurateur Charles Compagnon. His first two Paris restaurants are Le Richer and Le 52 Faubourg Saint Denis, both of which remain extremely popular in the creative district that’s emerged alongside the Rue du Faubourg Saint-Denis and its environs.

Café Compagnon, by contrast, is more dressed up in terms of its delightful décor, a mish-mash of Memphis and Scandinavian modern by his Danish-German wife interior designer Gesa Hansen, and suave contemporary French cooking by a chef who has worked at Sketch in London and Per Se in New York.

“There’s always a little bit of New York in what I do,” says Compagnon, who lived and worked in Manhattan for several years before returning home to Paris. “What I love about New York is that it’s so endlessly inventive and open to change, whether it’s food or fashion or music – or everything really,” he says.

His affection for New York might explain the location of his new restaurant, too, since the Sentier, once Paris’s garment district in the 3rd arrondissement, has a slightly gritty edge. The menu follows the seasons and best of market, and so it evolves all the time.

A recent lunch began with croquettes of roasted beef with a sauce gribiche as an hors d’oeuvre, and continued with terrine of duck and free-range pork with an apple condiment, a beautiful example of the charcutier’s art.

It was followed by a steak with panisses (crispy bars of chickpea flour) with marinated oyster mushrooms. Don’t miss the spectacular tart of chocolate from Venezuela for dessert, and be sure to have a taste of Compagnon’s own wines from the Beaujolais region – they’re beautifully made and very fairly priced.

Lead photo credit : Café Compagnon is the coolest place in Paris to go to for a casual meal right now © Nathalie Mohadjer