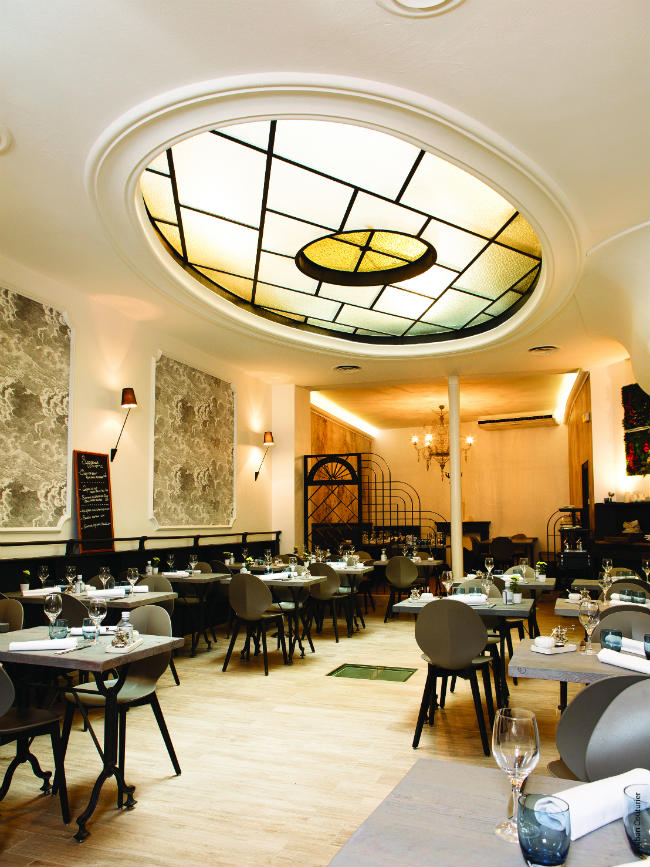 With the arrival of Alain Ducasse’s new brasserie Champeaux in the neighbourhood this spring, Les Halles, the old market district in the heart of Paris, is in the midst of gastronomic revival. Even before Ducasse hangs out his shingle, however, there are several excellent new restaurants to discover in a part of the city that had fallen out of favor with Parisians over the course of the last few years due to both the disruption caused by the renovation of the Forum des Halles, the huge transport and retail hub that replaced the original market halls, and a perception that the area had gone down-market.

The best of these new tables is AG Restaurant, chef Alan Geaam’s excellent, modern French bistro constructed in the art-deco premises of a former popular nightclub. Dining à deux on a recent evening, we began with a velvety chestnut velouté garnished with a coddled egg and fine slices of garnet-coloured ‘cecina’ (preserved beef from northwestern Spain) and foie-gras-filled ravioli garnished with peanuts, clementines and butternut squash. 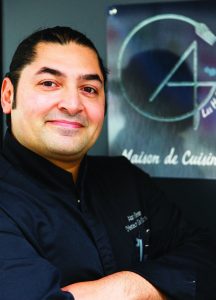 Both dishes were soothing but wonderfully original, which is an apt way of describing the Lebanese-born Mr Geaam’s cooking. Next, a superb pot-au-feu made with suckling pig instead of beef and hake with shellfish and baby leeks in a Chardonnay and fish stock sauce.

An excellent chocolate ganache with caramel sauce and a riff on cheesecake that replaced the usual crust with meringue instead concluded this excellent and very reasonably priced meal.